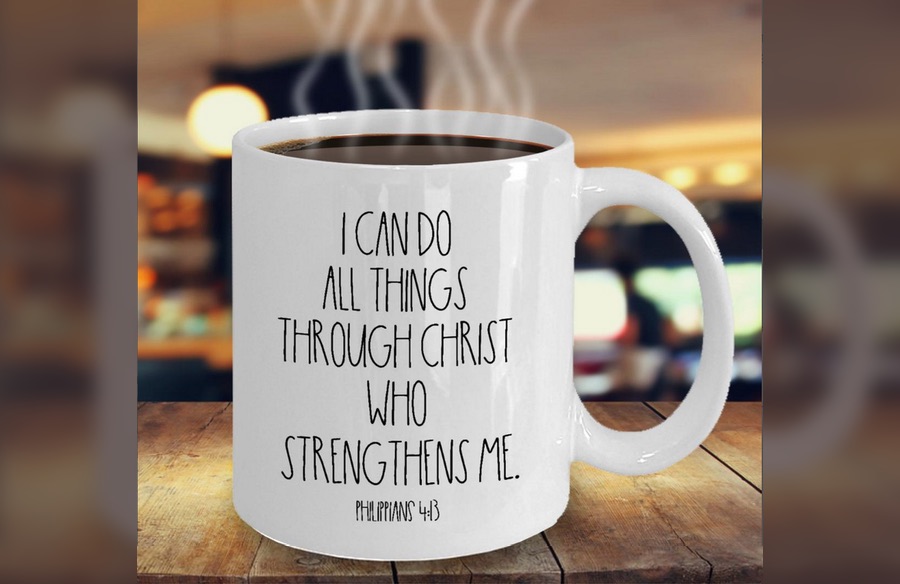 This might sound a little creepy: I know how you read your email. I promise I’m not stalking you, but I know there’s something you never do when you get a message from a friend.

You never open the email, skip the first three pages, and read just one line on the fourth page. No one, in fact, takes that approach with their mail. By skipping the context of the email and ignoring the flow of thought, you wouldn’t know what that line meant on the fourth page. If it’s wrong to read your friend’s mail that way, then why do we read God’s mail that way?

We open the letter to the Philippians, skip the first three chapters, and read verse 14: “I can do all things through Christ who strengthens me.” Message received. Close the letter. We’re done here!

We even plaster that verse on a mug, publicizing our mistake. I call this “Coffee Cup Christianity,” and it’s killing our biblical literacy. We’ve become accustomed to seeing isolated Bible verses and presuming we know their meaning. Too often, however, we merely insert our own meaning into a Bible verse, thereby overwriting what God was trying to tell us.

Sadly, Coffee Cup Christianity violates one of the most basic and well-known principles of interpretation: context.

It’s not just on coffee cups. We see isolated verses on calendars, walls, phone cases and just about anywhere you can post text.

Sadly, Coffee Cup Christianity violates one of the most basic and well-known principles of interpretation: context. It’s a principle known not only among Bible readers. Many people in our culture understand it. Tragically, we apply it when reading man’s word but neglect it when reading God’s word. Coffee Cup Christianity leads to three dangerous problems.

The same is true with Scripture. That’s why you want to first read the context of any verse before trying to understand what it means. In the Bible’s case, it’s the Holy Spirit who inspired not only the verse you’re trying to understand, but also the context to help you understand it. Coffee Cup Christianity often ignores the Spirit’s inspired words, leaving a context vacuum, which we quickly fill with our own context from our own life situation.

Since context drives the meaning of a verse, your own life context may be changing the true meaning of the words of Scripture, overwriting what God intended to tell you. In effect, we’re infusing our meaning into Scripture and granting it divine authority.

My daughter was taught a Sunday school lesson on Jesus’ parable about the “night neighbor” in Luke 11:5–8. The story is about a man who is woken at midnight and resists giving his neighbor some bread but eventually shares it. If you read the parable in isolation from its context, the lesson seems obvious: sharing is a virtue. But when you read the context (Luke 11:1–4 and 9–13), which is about Jesus’ teaching on prayer, a different lesson emerges: the importance of the persistence of prayer. Coffee Cup Christianity makes you miss important lessons the Holy Spirit intends to teach.

Despite this faulty approach to understanding the Bible, people assure me that we can still glean valuable lessons even if we miss the point of the passage. They tell me, It’s no big deal. Even if Jesus wasn’t teaching about sharing, it’s still an important lesson to follow. I vigorously disagree. I do agree sharing is an important virtue. If you want to make that point, though, use a passage that specifically implores us to share (e.g. 2 Cor. 9:7). It’s unethical to take a text that teaches one lesson and force it to teach a different one. That twists God’s Word and models a dangerous interpretive method for others.

If we handle God’s Word in this manner, we hand young believers faulty tools, rendering them incapable of accurately handling the word of truth (2 Tim. 2:15). They’re the most important generation because they’re the next generation. We’re short-circuiting the health of tomorrow’s church if we give them license to replace God’s words with their own meanings.

Coffee Cup Christianity needs to end. It’s lazy, unethical and dangerous. It elevates our own meaning above God’s and passes it off as divine writ. We don’t read what our friends have written with such carelessness. Let’s no longer do it with what God has written.