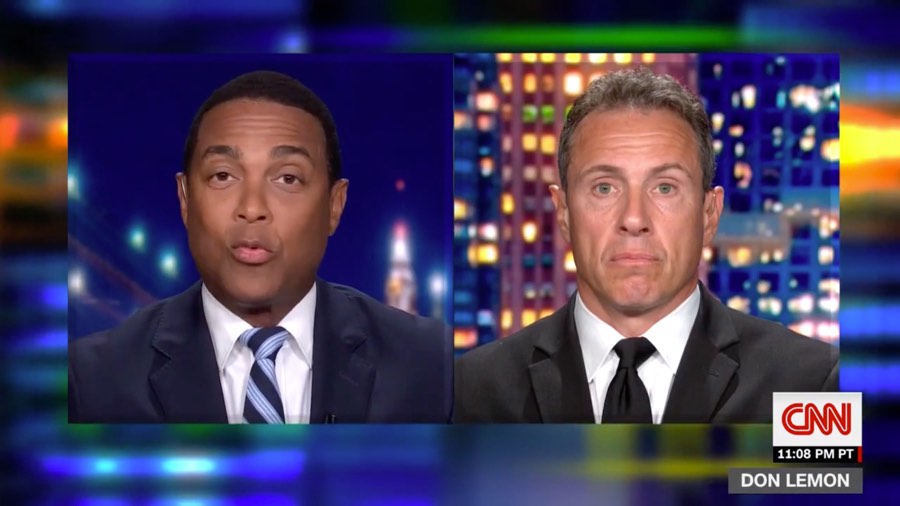 Chris Cuomo Hits Back at CNN

First, newly-fired anchor Chris Cuomo threw CNN boss Jeff Zucker under the bus, claiming that Zucker was fully aware from the start of all the “help” Cuomo gave his brother Andrew. CNN issued a statement that Cuomo had made “a number of accusations that are patently false,” and “This reinforces why he was terminated for violating our standards and practices, as well as his lack of candor.”

Also, Chris Cuomo is reportedly preparing to sue CNN for the $18-20 million remaining on his contract. A CNN insider said they have no intention of paying him, that there’s a standard morals clause in the contract allowing for immediate firing if you do anything of disrepute, and there would be an uproar if the network paid him a settlement.

Frankly, if you can’t fire someone for doing what Cuomo did, then what can you ever fire anyone for? Oh, and in a related story, Cuomo announced that he will also no longer be doing his SiriusXM Radio show, Let’s Get After It with Chris Cuomo.

Smollett claimed in testimony that the reason he didn’t want to turn his cell phone over to Chicago Police was that CNN anchor Don Lemon texted him that the cops didn’t believe his story. So once again, a claim that a CNN anchor was abusing his inside journalist contacts to secretly help someone the network was covering.

If that doesn’t remind you enough of Chris Cuomo, recall that the openly gay Lemon is already facing a lawsuit by a man who accused him of sexual assault and battery in a Long Island bar. The accuser called CNN “a network rife with predators and perverts,” and “a predator-protecting machine.” He said they have tried to buy him off and scare him off, but he’s looking forward to forcing Lemon to testify under oath because he wants some accountability. He said, “They are complicit. This is who they are.”

And will Lemon face any repercussions from CNN? Many are skeptical…

The Public Trust in CNN

All this had even some CNN staffers fretting on-air that all this negative news might damage CNN’s credibility and undermine the public’s trust in CNN.

Noooo!! Say it ain’t so! The network that spent four years breathlessly pushing the Russia collusion hoax, that told us Nick Sandmann was a racist who confronted a Native American and Kyle Rittenhouse was a murderer, and that claimed Joe Rogan treated his COVID with horse medicine might have lost the public’s trust?!

Hey, CNN, I finally have some much-needed good news for you. You can’t lose what you didn’t have in the first place.