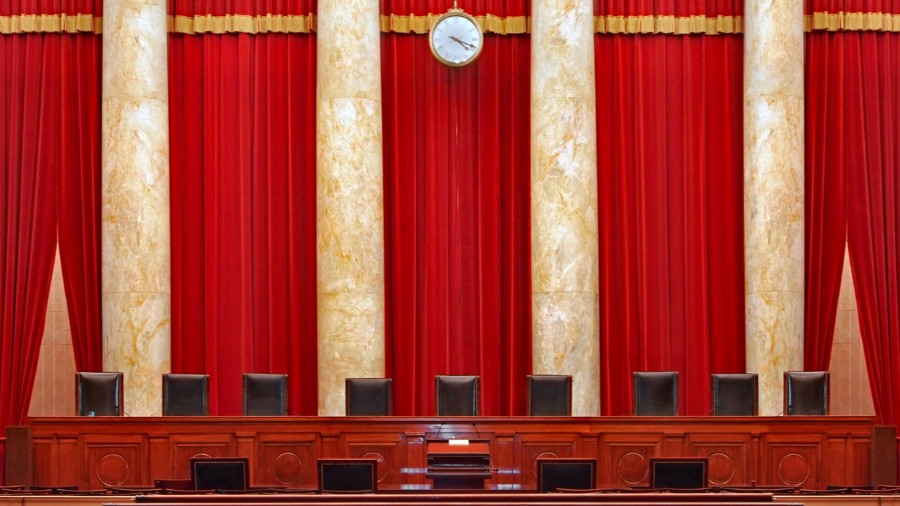 The Commission on Presidential Debates will become irreversibly illegitimate unless it reverses course on in-person debates, which alone can force Joe Biden to answer the single most important question in this election: Whether Biden would pack to the Supreme Court with additional seats, forever transforming our Constitution’s three-branch form of government into a two-branch system.

The Constitution allows Congress to set the number of Supreme Court seats. After several decades of trial and error, in 1869 Congress settled on nine seats, which has been a bedrock of stability in America’s form of government for 151 years.

For more than half of our nation’s existence, there has been only one attempt to change that number. Franklin Roosevelt in 1937 proposed increasing the number of justices to guarantee a pro-New Deal majority. Even fellow Democrats joined Republicans in opposing the idea, a repudiation that helped fuel massive Republican congressional gains in 1938.

Independent courts are essential to safeguarding a free nation, with judges who stand against the political majority — or the mob — when the government seizes unjust power or tramples on individual rights. In 2018, Justice Ruth Bader Ginsburg called an independent judiciary “our nation’s hallmark and pride.”

It is not surprising that Ginsburg declared in 2019 that the Supreme Court should stay at nine justices, criticizing FDR’s court-packing scheme. Packing the Court would make the judiciary just an extension of the two political branches, subservient to Congress and the president.

The Constitution gives justices lifetime appointments so that they can defy politicians, ignore polls and the popular mood of the day, and instead faithfully apply the law as written. Packing the Court to change political outcomes would forever transform our constitutional system of separation of powers and checks and balances between the three branches of government that has kept this nation free since 1789. It would fundamentally and forever transform America.

That is why President Donald Trump pressed Biden during the first debate to say whether Biden would sign or veto a court-packing bill from Congress. Biden refused to answer with the damning dodge that his answer would become the main story, which is telling. Harris likewise repeatedly refused to answer when pressed by Vice President Pence.

Thursday, Biden declared we will get his answer “on court-packing the day after the election.” That must not stand.

With all the pressing national issues that deserve serious public debate, forcing Biden to clearly answer the court-packing question is an overriding reason that there must be two more debates; our very form of government is at stake.

Debates count only if they are in-person. Central to President Trump’s case is that the 78-year-old Biden has become slow, unfocused, and weak. In a “virtual debate,” Biden could have an earpiece for campaign policy experts to tell him how to answer questions, or cue-cards or a whiteboard held above the camera lens to give him words.

Only a debate in front of an audience with the candidates facing each other can reveal what both men are made of. Americans deserve to know if President Trump is right that Biden cannot give full, coherent answers without help, or steadfastly stand firm against pressure.

However, the debate commission reveals itself a herd of Democrat and establishment Republican hacks who are in the tank for Biden; none are conservatives or otherwise open to Trump. The commission’s sole reason for being is to force revealing debates to educate and test presidential nominees, yet it robs the American people of that by cancelling in-person debates.

Americans Deserve to be Informed

Americans deserve to be fully informed when choosing a president, yet Biden has been coddled and sheltered to date. Numerous questions must be answered, especially on the Supreme Court. The commission must either provide two more in-person debates, or be abolished.

Ken Blackwell, is a Senior Fellow for Human Rights and Constitutional Governance at the Family Research Council.