Closer Than Your Next Breath: How Self-Reliance Spits in the Face of Grace 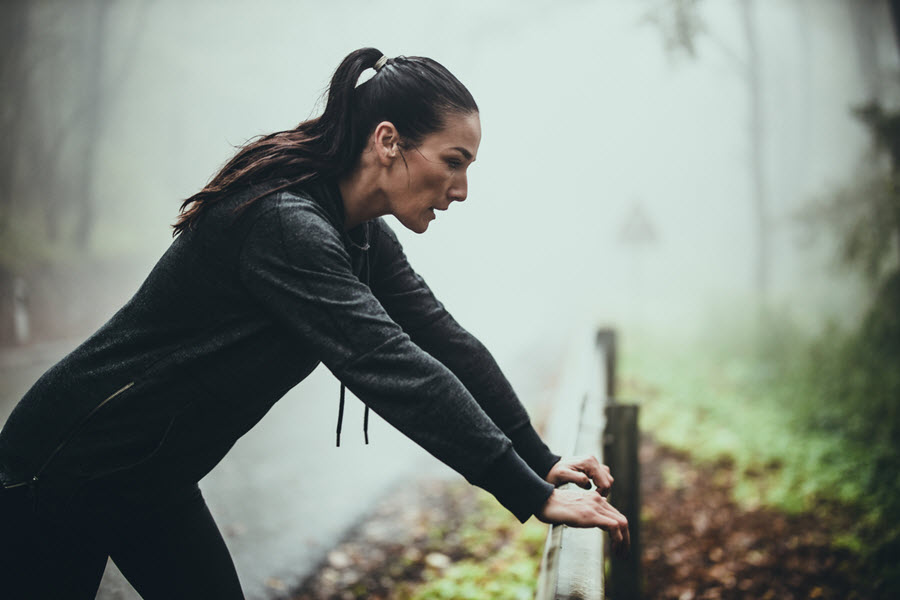 We need never shout across the spaces to an absent God. He is nearer than our own soul, closer than our most secret thoughts.

A.W. Tozer, The Pursuit of God

I read those words yesterday morning and did little more than agree with them and marvel at the language Tozer uses throughout The Pursuit of God. I wrote a digital note on my Kindle that read: “Help me know, recognize and live in the reality of the fact that You, Lord, are indeed, closer than a breath away.” Then I breathed, deeply and intentionally, to illustrate that point to myself. God is closer than our next breath.

Do me a favor and just sit with that for a minute. The God who created the stars, the planets and every complex system in your body is not far off in some unreachable place up in the clouds. He is here. Closer than your next breath.

I did not feel the weight of Tozer’s words until later.

Yesterday was a trying day. I had errands to run and doing them throughout the city on the bus is no easy feat, especially when pressed for time. So when I got home, I ate, slept, ate again upon waking and then did the human thing and made a choice to sin. Note I didn’t say I “fell into sin” or “made a mistake.” According to the dictionary, a mistake is defined as “a wrong action or statement proceeding from faulty judgement, inadequate knowledge or inattention.” That’s not what yesterday’s action was. And for the record, we humans “fall into sin” the way we fall in love — by choice. Nonetheless, I digress.

Self-reliance Instead of Grace

There is a moment between temptation and the act of sin (or escape). It is in that moment that choices are made, whether beneficial or not. I did not choose the road less traveled; I chose the wide, vast road. I chose self-reliance instead of grace. The scriptures say that in the flesh “dwells no good thing” and the writer of Proverbs echoes this. In Proverbs 14:12 he writes, “There is a way that seems right to a man, but its end is the way to death.”

I knew the action I chose to do yesterday was wrong but it did not hit me until I was in the midst of preparing for bed that I had committed more than just the obvious sin for which I was seeking repentance. So I repented again. Not for the obvious sin, but for the “lesser known” ones: the sins of omission, namely the sins you don’t know you commit until the Holy Spirit reveals them to you. In relying on my own strength and in my ability to logically think my way through temptation, I essentially slammed shut the “way of escape” God provided and ended up with more regret than I could stomach. And that’s when Tozer’s words from the morning hit me.

When the weight of the inspired theologian’s words hit me, I wanted to hide. I couldn’t of course, because you can’t hide from God — everybody knows that — but I wanted to try anyway.

Instead, I sat in silence and I felt Him waiting on me. (Imagine that, God waiting on me to speak to Him!) I panicked through my prayer but I finished repenting and ended my prayer with thanks for His ultimate sacrifice: Jesus.

Now, I see that Tozer’s words were not meant as a threat, as if to place fear into the hearts of sinners.  They are a reminder to those whose hearts belong to God — an invitation to intimately know the God who is nearer than our own soul, closer than our next breath.