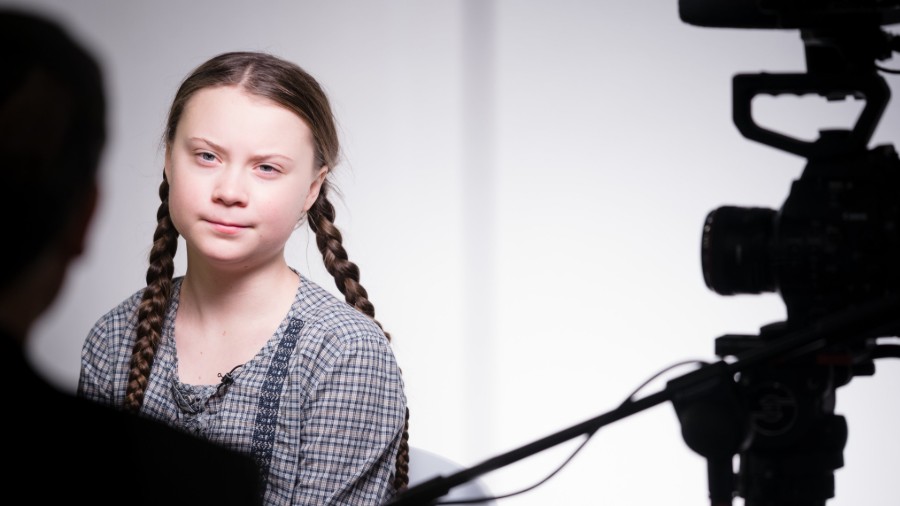 Greta Thunberg is receiving heaps of praise after she appeared at the United Nations’ climate summit in 2019 and gave an emotional speech. Pictured: Thunberg sits for an interview at the Annual Meeting 2019 of the World Economic Forum in Davos, Jan. 25, 2019.

Swedish lawmakers nominated activist Greta Thunberg for a Nobel Peace Prize on Monday, saying the teenager will help save the Paris climate agreement.

Thunberg “worked hard to make politicians open their eyes to the climate crisis,” Jens Holm and Hakan Svenneling, both members of Sweden’s Left Party, told the Associated Press. They said they believe the 17-year-old activist’s work prodding officials to take the climate deal seriously is worth the prize.

“Action for reducing our emissions and complying with the Paris Agreement is therefore also an act of making peace,” Holm and Svenneling said.

Thunberg is receiving heaps of praise after she appeared at the United Nations’ climate summit in 2019. She won Time magazine’s “Person of the Year” in December 2019, making her the youngest person to receive the honor since Time started naming a Man of the Year in 1927.

Thunberg traveled to the U.S. from her home in Sweden in August on a racing yacht to avoid taking jets, which activists argue are responsible for spewing tons of carbon emissions. Her visit was designed to galvanize support for action on global warming ahead of the U.N. climate summit in September.

Her emotional speech at the summit appeared to be the catalyst for much of the praise.

“You have stolen my dreams and my childhood with your empty words and yet I’m one of the lucky ones,” Thunberg said. “People are suffering. People are dying. Entire ecosystems are collapsing. We are in the beginning of a mass extinction, and all you can talk about is money and fairy tales of eternal economic growth. How dare you!”

U.N. climate officials struggled to find a spark after President Donald Trump pulled the United States out of the 2015 Paris Agreement in 2017. The deal required the U.S. to cut greenhouse gas emissions 26 to 28 percent below 2005 levels by 2025.

China committed only to “peak” emissions by 2030, while India made no promise to curtail future emissions growth.