Has Your Church Abandoned You to Handle LGBT Dilemmas On Your Own? 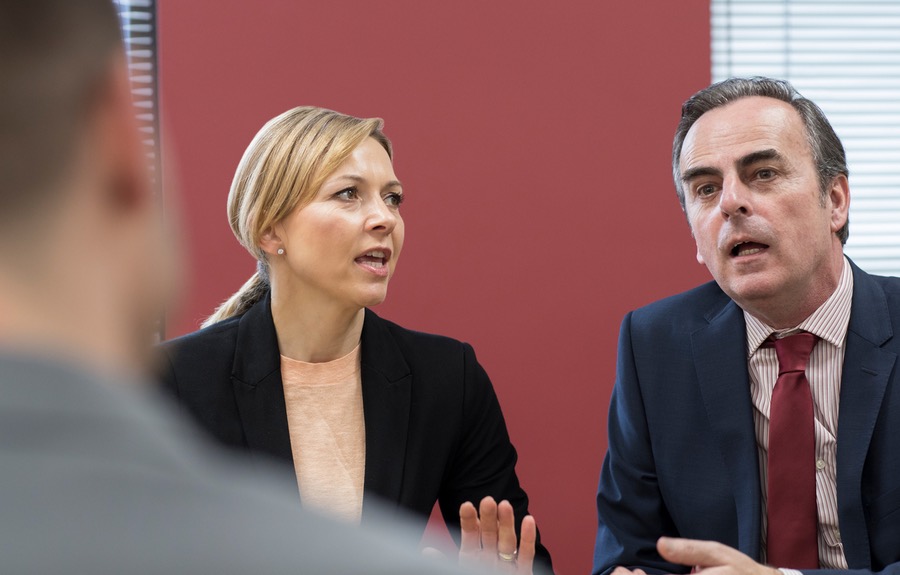 Three ethical dilemmas, each of them a true story. What do they have in common, other than the obvious?

I didn’t make up these stories. These are friends of mine. At first, when the one friend mentioned the Chick-fil-A issue, I thought he was exaggerating for effect, but he assured me he was deadly serious.

Obviously all three of these are about dilemmas these friends have faced at work. But they’ve got one more thing in common: Not one of them has ever heard any clear advice from the pulpit on how to handle tough situations like these.

It Isn’t Only On the Job

It happens in families, too, not just on the job.

A Christian friend had to decide whether to attend his daughter’s lesbian wedding. A grocery store’s obviously transgender employee made some other believers uncomfortable by his manner of dressing and acting. A gay college student shouted another student down — loudly and unstoppably — for denying gays their “rights.” A woman told a church leader she was looking forward to the upcoming couples’ event, then introduced the other woman standing next to her as her wife.

None of the Christians in these cases had ever heard a sermon on how to handle those situations, either.

In two of these cases — both in the same church — the pastor was closely involved, giving personal counsel. I give him high credit for that; he didn’t leave his friends and church members to figure it all out for themselves.

Is the Church Abandoning Us to These Dilemmas?

So where then are the churches on this? Where is the preaching?

I’d like to know how many other Christians in the Western world face issues like these. My guess: A lot of us. How many of them are finding real help with these questions at church? Is any pastor preaching on how to handle these moral tough spots? My guess: Very few of us. I haven’t heard of any. Not even one.

If you know of exceptions, I’d be glad to have you point it out to me. Otherwise the best word I can think of for it is “abandonment.” The preachers have abandoned their post as moral and ethical leaders.

We’ve got to get this conversation going in our churches. We need the preaching. Because real Christians are facing real dilemmas, and the Church dare not abandon them.

As far as I can tell, the vast majority of committed, conservative Christians live with moral dilemmas for which they are completely unprepared. And aside from a Sunday School or two, or maybe some home Bible studies here or there, their churches are leaving them to sort it all out on their own.

I’m sure there must be exceptions; that pastors in some churches are equipping their congregations responsibly for life in a gay-friendly world. But there can’t be that many. If it were, it would have bubbled up all over in online conversations by now, or else in Christian websites and magazines. I haven’t seen a sight of it.

Again, I’d be glad if someone could tell me I’m wrong. At any rate, I say it’s time for pastors to start preaching again about standing strong for Christ — especially when standing strong may put them at risk.

The Preaching Challenge: The Hard Part

I get that it’s hard. I get that there are significant barriers. For one thing, pastors must assume that their congregations include diverse views on homosexuality. There may even be LGBT members or attenders.

I was speaking on homosexuality for a charismatic women’s group not long ago, and a lesbian woman interrupted me with a tirade that wouldn’t stop, beginning with, “Heterosexuality causes abortions!” She wouldn’t listen, wouldn’t stop, and didn’t stop until the meeting host had her escorted out of the building.

Two girls walked out of a youth group talk on homosexuality because they were “bisexual.” They thought the speaker was insensitive, they said. I wasn’t there, so I don’t know whether he was or not. I do know that pastors need to be ready for anything when they open their mouths on LGBT matters.

So the pastor must pray before he preaches. Then he has to explain, persuade, bring the church along to the truth with him. He must take the role of apologist for biblical morality. Simply saying, “The Bible says so” won’t always do the job, unfortunately; some listeners will just harden in their positions, saying, “Well, then, I don’t think much of the Bible!” A preacher needs to persuade in other terms as well. (I’ve covered some of this in Critical Conversations.)

The Preaching Challenge: The Harder Part

That was the easier part. The harder part is explaining what the Bible says about moral courage and prudential wisdom, and how to balance the two in situations of moral conflict. Since no two circumstances are the same, the preacher must preach on principles. And he must be prepared to call his people to make hard decisions — and set the pace himself.

There’s plenty to preach on, anyway. Shadrach, Meshach, and Abednego refused to bow to the idol. Daniel refused to eat the king’s food or to give up his daily prayers. Joseph refused to sleep with Potiphar’s wife. All of them got in severe trouble for it: the fiery furnace, the lion’s den, the dungeon. God honored all of them. Yet we also see all of them treating their pagan rulers with great respect, obeying and even serving them to the full extent possible without violating God’s commands.

So there are principles to work from in Scripture. I have more specifics to offer here (scroll down) for job-related situations in particular.

But we’ve got to get this conversation going in our churches. We need the preaching. Because real Christians are facing real dilemmas, and the Church dare not abandon them.

Adapted from ThinkingChristian.net. Used by permission