Christmas With the Presidents 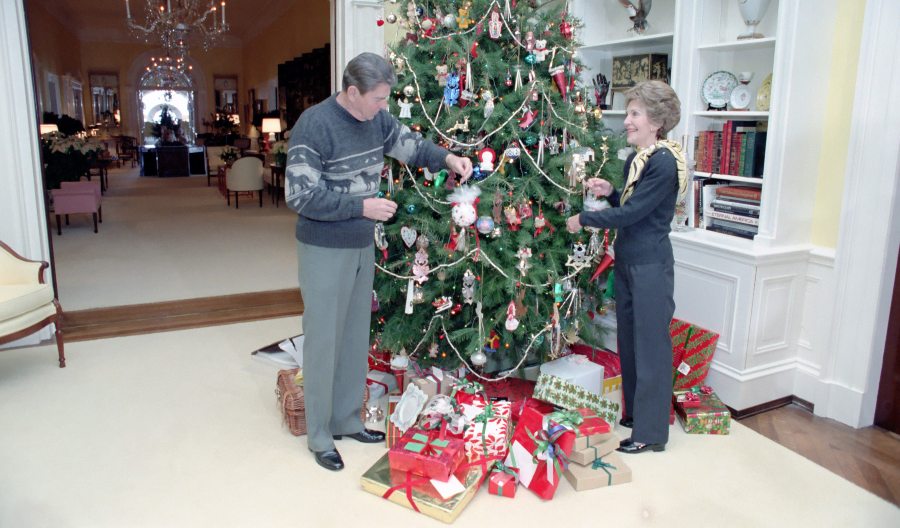 For many of us, Christmas is the most wonderful time of the year. Christmas is special for old and young. As Charles Dickens once observed, “For it is good to be children sometimes, and never better than at Christmas, when its mighty Founder was a child Himself.”

Several American presidents have made interesting observations about Christmas.

John Calvin Coolidge, our 30th president, was a man of few words. He noted, “Christmas is not a time nor season, but a state of mind. To cherish peace and goodwill, to be plenteous in mercy is to have the real spirit of Christmas. If we think on these things, there will be born in us a Savior and over us will shine a star sending its gleam of hope to the world.”

During World War II, on Christmas Eve 1943, our 32nd president, Franklin D. Roosevelt, gave an address to reassure the nation that we can hope for peace, since Christmas marks the birth of the Prince of Peace. Said FDR: “I can say to you that at last we may look forward into the future with real, substantial confidence that, however great the cost, ‘peace on Earth, goodwill toward men’ can be and will be realized and ensured.”

“Some celebrate Christmas as the birthday of a great teacher and philosopher. But to other millions of us, Jesus is much more.” — Ronald Reagan

As I write this, I am looking at my dad’s edition of the pocket New Testament issued by the U.S. Army in 1942 (although dad served in the Navy). This mini-Bible included a forward by the Commander-in-Chief, Franklin D. Roosevelt, in which he wrote, “Throughout the centuries men of many faiths and diverse origins have found in the Sacred Book words of wisdom, counsel and inspiration.” Somehow, it’s hard to picture today’s military issuing a copy of the Bible to the Armed Forces.

Meanwhile, on Dec. 24, 1945, on the first Christmas Eve since the end of World War II, President Harry S. Truman described some of the events of the very first Christmas in Bethlehem.

Our 33rd president stated, “Let us not forget that the coming of the Saviour brought a time of long peace to the Roman World. It is, therefore, fitting for us to remember that the spirit of Christmas is the spirit of peace, of love, of charity to all men. From the manger of Bethlehem came a new appeal to the minds and hearts of men: ‘A new commandment I give unto you, that ye love one another.’”

He went on to say that love is the answer to our world’s needs — and love is found in that baby in the manger:

In love, which is the very essence of the message of the Prince of Peace, the world would find a solution for all its ills. I do not believe there is one problem in this country or in the world today which could not be settled if approached through the teaching of the Sermon on the Mount. The poets’ dream, the lesson of priest and patriarch and the prophets’ vision of a new heaven and a new earth, all are summed up in the message delivered in the Judean hills beside the Sea of Galilee. Would that the world would accept that message in this time of its greatest need!

Just one example of a nugget to be found in that Sermon on the Mount of which Truman speaks is the Golden Rule. Do unto others as you would have them do unto you. Christ’s teaching has universal application and meaning to all mankind.

No wonder our third president, Thomas Jefferson, although not orthodox in his understanding of Christian doctrines, understood that no one taught morality better than Christ.

Jefferson said, “Of all the systems of morality ancient or modern, which have come under my observation, none appear to me so pure as that of Jesus.” (Letter to William Canby, September 18, 1813). Surely, the Golden Rule would be an example of that.

Our 34th president, Dwight D. Eisenhower noted in 1954, “This year, even as two thousand years ago when the Prince of Peace was born into the world, the drums of war are stilled. … mankind’s unquenchable hope for peace burns brighter than for many years. … As I light the Nation’s Christmas tree, ‘God rest you … Let nothing you dismay.’”

Finally, Ronald Reagan, the 40th president, went further than many of his predecessors, rightly looking beyond Jesus’ moral teachings to the deeper and more essential point of His incarnation.

Reagan pointed out on Dec. 24, 1983, “Some celebrate Christmas as the birthday of a great teacher and philosopher. But to other millions of us, Jesus is much more. He is divine, living assurance that God so loved the world He gave us His only begotten Son so that by believing in Him and learning to love each other we could one day be together in paradise.”