The Passages nine-day trip to Israel was founded in light of young Americans born into Christian families who seem to be moving away from their faith. 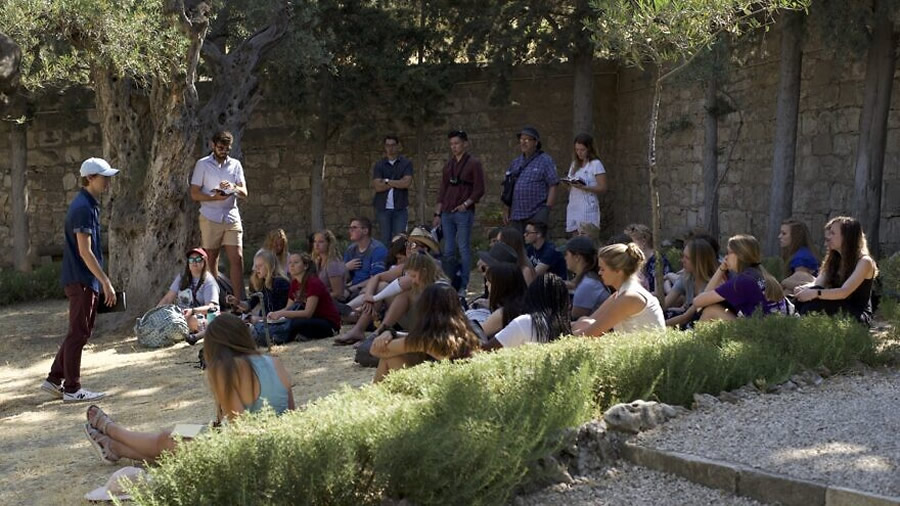 Young Americans visit the Garden of Gethsemane in Jerusalem as part of a nine-day trip to Israel organized by Passages, a Christian nonprofit that offers Christian college students with leadership potential an innovative approach to experiencing Israel.

As many as 500 Christian students gathered in Jerusalem recently for a mega-event marking the Passages organization’s fifth anniversary. With 8,000 students who have arrived in Israel so far, that number is expected to reach 10,000 by the end of next year.

For many of the students, the Passages nine-day trip to Israel represented their first-ever visit to Israel. Throughout the experience, students discover the deep roots of Christianity in the place where that ancient faith was born, bringing the Bible tangibly to life.

According to the organization, Passages was founded in light of young Americans born into Christian families who have been moving away from their faith. According to a recent study by the Pew Research Center, only 65% of American adults define themselves as practicing Christians — a decrease of 12 percentage points in the past decade.

The trip therefore aims to rejuvenate the students as they explore a land replete with historical significance to Christianity and connect them to modern-day Israel. Participants return equipped to build bridges of understanding and friendship with the Jewish state, the diverse people who live there and the Jewish community back home.

Of the students, Scott Phillips, executive director of Passages, told JNS that “their eyes are opened to a highly important part of the world, as well as personal access to a growing alumni community post-trip, which can provide them with resources to continue to pursue leadership in their communities and, more broadly, in America.”

Also confirming the trip’s positive impact, third-party studies on the Passages trips show participants go back with a deeper appreciation for their faith, as well as a broader understanding of Israel and the Jewish people. According to the study, once home, 92% of students reported having a deeper understanding of their Scriptures and faith; 95% had a deeper appreciation for the Jewish community and traditions; and 84% felt motivated to speak about the significance of Israel.

Mattanah DeWitt, 21, returned to Friendship, Tenn., from her Passages trip in June 2017 “knowing” that she had to stay involved afterwards. Beforehand, she “hadn’t thought much about going to Israel,” but when she realized that she would be able to visit the locations of stories from the Bible, she decided to explore “the birthplace of my Christian faith and the point of connection that my faith has with the Jewish faith.” 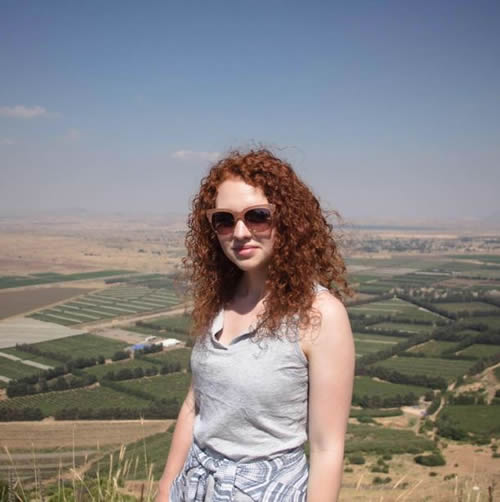 Mattanah DeWitt, 21, from Friendship, Tenn., during her 2017 Passages trip to Israel. Source: Facebook.

By the end of the trip, she told JNS, “I was looking out of my window in Jerusalem, and I just sat on my bed and started crying. Over the nine days, I had gained such a connection — not just with the place of Israel but with the people of Israel, and it started to feel like home to me and I didn’t want to leave.”

According to DeWitt, the Passages trip is “not just a one-time experience, but the beginning of a life-long leadership journey that each Christian student takes.”

It helps students “realize the ways they can contribute to the world through their leadership abilities and faith, and advocate for Israel,” she said, adding that one of her biggest takeaways was “knowing that what I saw in Israel was so different than what I read in the media.”

Since her trip, DeWitt has returned to Israel four more times, has volunteered with Passages, and will begin a full-time job with the organization in February as their program coordinator for media and communications.

‘Critical for My Faith’

Darion Ouliguian, 22, from Temecula, Calif., also reported a positive personal impact from his time in Israel in the winter of 2018. For him as a Christian, he said, it was “critical for my faith to visit the land of the Bible,” and “to see and witness the realities happening on the ground for myself.”

The trip, Ouliguian told JNS, “affirmed my faith in my God and the Bible, and that I was able to witness the very places where God had interacted with his people. Additionally, this experience allowed me to grow closer to the Jewish people by listening to their stories, seeing how they live their daily lives and witnessing the diversity of the Jewish people.” 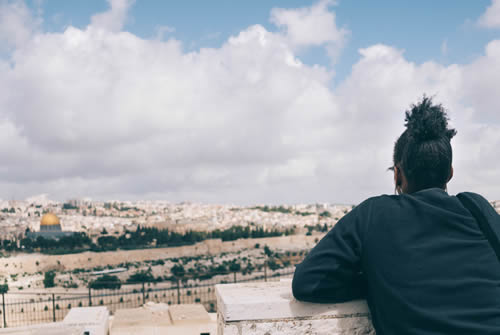 A girl visiting Israel with the nonprofit Christian group Passages looks towards the Old City of Jerusalem. Credit: Courtesy.

Ouliguian returned to Israel this winter for the Passages fellowship program, helping to lead the trip on a bus with first-time participants.

“The more I visit Israel, the more I understand the need to share what I had witnessed and to continue to stand alongside the Jewish people,” he added. “With the rise of anti-Semitism around the world, now is the time for the future leaders to witness the realities that are truly happening on the ground and to interact with the Jewish people.”

‘A Part of This Land’

At the mega event on Jan. 2, various American and Israeli leaders similarly commented on the importance of the program.

Addressing the students, U.S. Ambassador to Israel David Friedman said, “At a time when many academic institutions can no longer be trusted to provide an honest and objective perspective on Israel, it is more important than ever that young student leaders have the opportunity to see the true picture for themselves.” 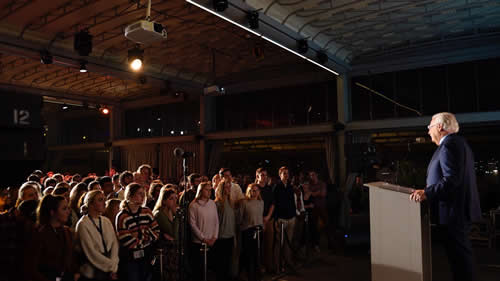 “Never in history has there been a time like this, when Christians and Jews can gather around shared values — values that come from the Bible, a book we both share — to make the world a better place,” added co-founder Robert Nicholson. Passages, he told JNS, catalyzes a “latent love of scripture through an immersive experience in the land, creating a historic win for both Jews and Christians, and indeed, everyone who lives there.” 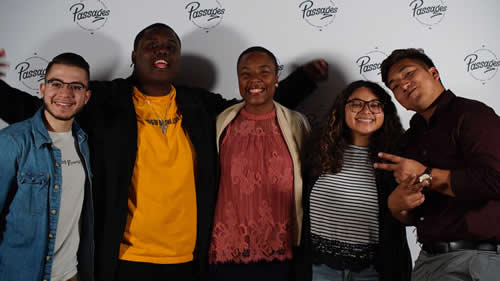 Rivka Kidron, co-founder of the program, told JNS that since its establishment, Passages has shown its students, who she called the religious, business, social and political leaders of tomorrow, “the land and its people, showing the complex reality and building empathy.”

For young Christians, she said, the experience “unveils the full cultural and historical context of their faith, strengthening their connection to Christianity at a key moment in their lives.”

As a result, she said, “thousands of students have come home from Israel with a renewed passion and purpose.”

Eliana Rudee is a Israel-based correspondent with the Jewish News Syndicate (JNS.org), a news agency covering Israel and the Jewish world.