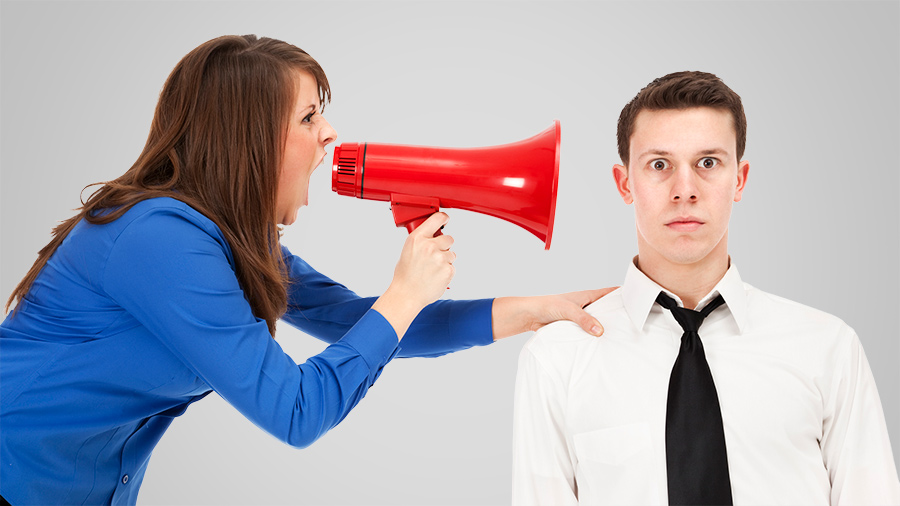 It seems that many of us have lost sight of what it means to be Christian, as if anything now goes in the name of Jesus.

It seems that many of us now justify almost any kind of ugly rhetoric, as long as it is in the name of country and of God, seemingly in that order.

What has become of godly speech? Of civility? Of graciousness? Of respect? When did God send out the memo that it was now fine for His children to savage one another, to act like animals, to be cruel and cutting and nasty?

It’s one thing if the President sends out a tweet that I find objectionable. He is who he is, for better or for worse. And if he hasn’t changed his style to date, I’m not holding my breath. (Let’s not forget that, from his perspective, his style got him into the White House. Why change now?)

Of course, the moment I say this, I can hear the critics shouting, “You are so spineless! You are so weak! It’s because of wimps like you that we needed a man like Trump.”

Every day our websites are flooded with hateful comments, and I have a file filled with death wishes, along with the occasional death threats.

It’s all because I’m going to speak the truth no matter what, regardless of cost or consequences.

To repeat: Don’t talk to me about being weak.

I Didn’t Get the Memo

Paul wrote, “Walk in wisdom toward outsiders, making the best use of the time. Let your speech always be gracious, seasoned with salt, so that you may know how you ought to answer each person.” (Colossians 4:5–6)

And the sword cuts both ways. I have seen Christians who are Trump critics bash other Christians who voted for him. “You can’t be a Christian if you voted for Donald Trump! You are an ignorant fool bringing mockery to Christ’s name.”

And I have seen Christian Trump supporters brand anyone who would dare criticize a single thing he says or does as un-American and un-Christian.

To repeat: It’s one thing if the President launches a strongly worded Twitter attack against Rep. Elijah Cummings or calls Omarosa Manigault a dog.

It’s another thing if our “Christian” discussion of his tweets is just as mean-spirited, just as accusatory, just as nasty.

I recently had a friendly but spirited disagreement with Rev. Jesse Lee Peterson about the Omarosa “dog” tweets, with Rev. Peterson finding the tweets to be both truthful and Christlike. (In my view, the President could have expressed his deep disappointment that someone he trusted betrayed him, thereby creating sympathy for his position rather than alienating others unnecessarily.)

But, once again, this article is not about the President.

It is about our responses and our words and our tweets and our comments.

All too often, as I interact with other believers, it seems as if patriotism comes first and Christian behavior second, as if it’s more important to show your allegiance to the flag than to walk in harmony with the Lord.

Earlier I mentioned the works of the flesh and the fruit of the Spirit. The former includes “enmity, strife, jealousy, fits of anger, rivalries, dissensions, and divisions.” The latter are “love, joy, peace, patience, kindness, goodness, faithfulness, gentleness, self-control.”

As children of God, as followers of Jesus, we are called to demonstrate the fruit of the Spirit, especially to a watching world. We are expected to put to death the works of the flesh. Are we?

James (Jacob) wrote, “Know this, my beloved brothers: let every person be quick to hear, slow to speak, slow to anger; for the anger of man does not produce the righteousness of God. Therefore, put away all filthiness and rampant wickedness and receive with meekness the implanted word, which is able to save your souls” (James 1:19–21). Perhaps we need to review verses like this?

Perhaps we need to remember Proverbs 15:1? It states, “A soft answer turns away wrath, but a harsh word stirs up anger.”

A Defense of Trump

What’s strange (and unfortunate) is that some readers will respond to this article with a defense of Trump (who, to say it once more, is not the subject of this article). Others will accuse me of being unpatriotic because, they would argue, at critical times like this, nothing is more important than standing with “God’s man” in the White House.

To each of you who have already formulated your angry response, let me encourage you to read the article again, from beginning to end. But this time, do it with your defenses down and your mind wide open. (And for Trump supporters, remember that I get bashed from other critics for voting for him.)

We are doing great damage with our words, hurting one another and making a mockery of the gospel to outsiders. And we are at the real risk of getting more caught up in a partisan political spirit than in the Holy Spirit.

Paul’s words speak clearly to us today: “But if you bite and devour one another, watch out that you are not consumed by one another” (Galatians 5:15).

Surely, we can do better.

Can Evangelicals Vote for Trump? A Hard Yet Easy Decision