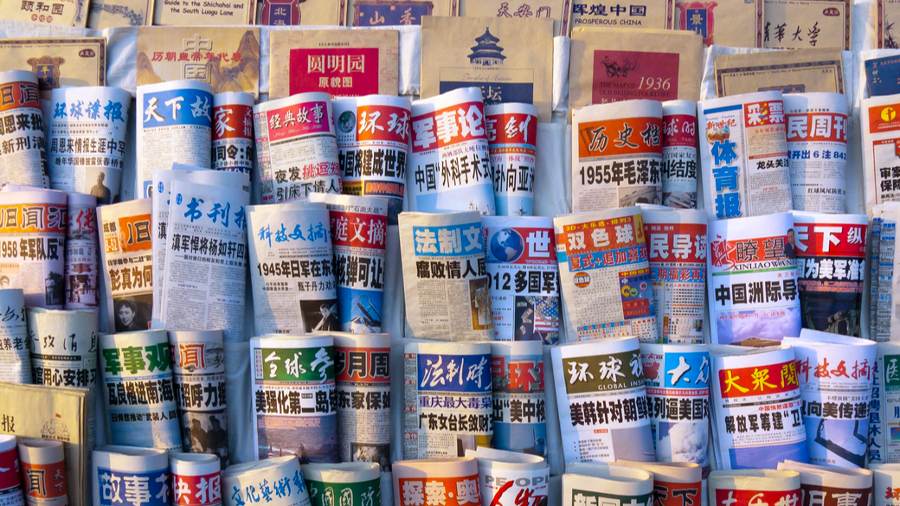 Chinese state-run media attempted to paint the U.S. as a hotbed of Neo-Nazis and white supremacists in the wake of a mass shooting at a supermarket in a largely black neighborhood in Buffalo, New York, on Saturday.

Global Times cited the apparently racially motivated attack that killed 10 in Buffalo to claim that Neo-Nazi and white supremacist gun violence in the U.S. is allegedly so “serious and dangerous” that it fundamentally undermines America’s moral legitimacy on human rights issues on Sunday. The Chinese state-run media outlet also attempted to tie the Buffalo shooting with the 2017 Las Vegas and 2021 Atlanta spa shootings to allege the U.S. has a “white terrorism” problem at home.

“The rise of white supremacy, widening racial divides and growing inequality are deep-rooted problems that have long poisoned U.S. society,” experts told the Global Times. “Eventually, the U.S. failure to put the brakes on its most prominent domestic problems will take the country off the moral high ground when it comes to criticizing other countries in the name of ‘human rights’ issues.”

“From the 2017 Las Vegas shooting in which a 64-year-old white man from Mesquite, Nevada, opened fire on the crowd attending the Route 91 Harvest music festival on the Las Vegas Strip in Nevada, to the 2021 Atlanta spa shootings in which the gunman killed eight people, six of whom were Asian woman, white terrorism has been prevailing on the U.S. soil,” the Global Times reported.

Yet the FBI was unable to find a clear motive for the 2017 Las Vegas shooting, which killed 58 people and injured more than 800. The desire to do “the maximum amount of damage” and obtain infamy was deemed to be the most likely explanation, FBI special agent Aaron Rouse told the Associated Press.

Likewise, the shooter who perpetrated the 2021 Atlanta spa shootings, which killed 8 people primarily of Asian descent, told authorities the shooting was not racially motivated, but came from a desire to eliminate temptation stemming from his sex addiction, Capt. Jay Baker of the Cherokee County Police Department told the media at the time.

The Global Times did not respond to The Daily Caller News Foundation’s request for comment.

The Brew: Six Month Ultra MAGA Venture is Ultra Brandon, Plus March to Justice for Trump-Russia Hoax Finally Stops at a Courthouse