China Says Camps for Muslims Lead Them to ‘Modern’ Life 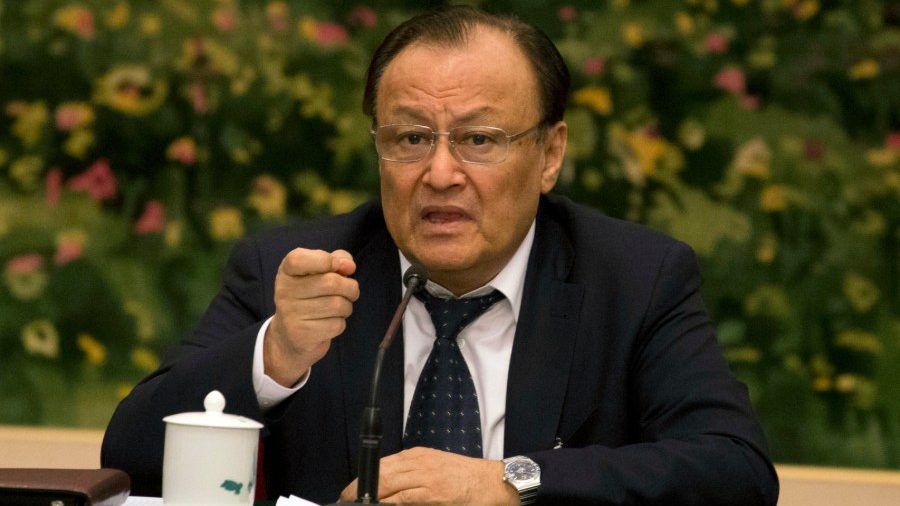 FILE - In this March 12, 2017, file photo, Shohrat Zakir, chairman of the Xinjiang Uyghur Autonomous Region, speaks on the sideline of the National People's Congress in Beijing, China. The senior Chinese official described the mass internment of ethnic minority Muslims in the country’s far west as a system of training centers that saves Muslims from religious extremism by teaching them to speak Mandarin and accept modern science. It was a rare instance of the ruling Communist Party publicly detailing its vision of what the extrajudicial detention of an estimated 1 million ethnic minority Uighur and Kazakh Muslims setting out to achieve.

This article is available to read at the Associated Press Archive Link here: https://apnews.com/ce4c3e49f24d4223b831b3f4c19eb2cf