China is ‘on a Much Faster Timeline’ to Conquer Taiwan, Biden’s Secretary of State Says 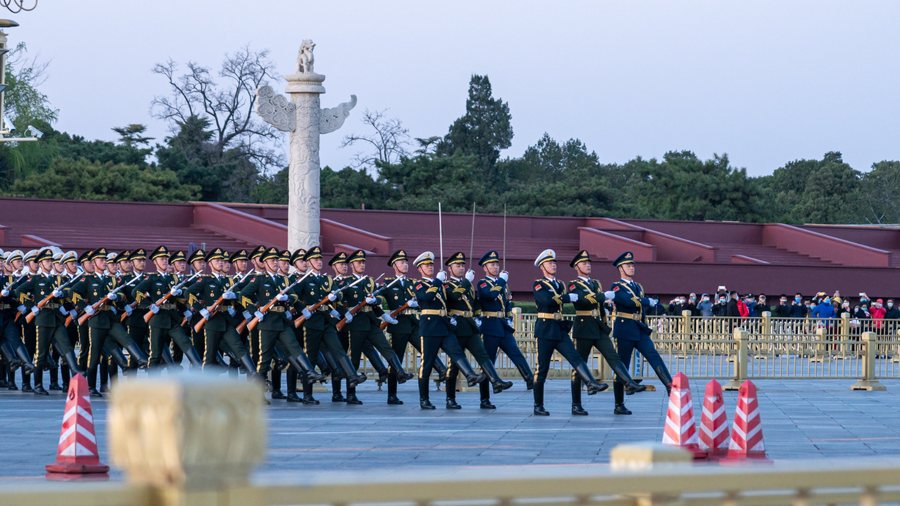 Communist China has accelerated its timeline for conquering Taiwan, Secretary of State Antony Blinken said during an event at the Hoover Institution Monday.

Beijing has become increasingly “adversarial” in recent years and is now totally committed to “reunification” with Taiwan, Blinken said while speaking with former Secretary of State Condoleeza Rice, who now serves as the director of Stanford’s Hoover Institution. While describing China as “more repressive at home” and more “aggressive abroad,” Blinken said the communist nation’s recent behavior was a “profound concern” to the U.S. and allies.

“There has been a change in the approach from Beijing toward Taiwan in recent years,” Blinken told Rice. “Beijing is determined to pursue reunification on a much faster timeline.”

General Secretary Xi Jinping reiterated Beijing’s willingness to use violence to “resolve the Taiwan issue” during the opening session of the 20th National Congress of the CCP in Beijing on Sunday, according to Chinese state-run media outlet CCTV News.

“We will continue to strive for peaceful reunification with the greatest sincerity and the utmost effort, but we will never promise to renounce the use of force, and we reserve the option of taking all measures necessary,” Xi said.

Tensions between communist China and the U.S. have spiked in recent years, with the PLA conducting large-scale war games around Taiwan including a massive invasion “rehearsal” which occurred in May. During President Joe Biden’s tenure the PLA has deployed warplanes into Taiwan’s air defense identification zone over 1,400 times, including in August when House Speaker Nancy Pelosi visited the island democracy.

The Chinese Embassy referred the DCNF to comments made by Chinese Foreign Ministry spokesperson Wang Wenbin on Tuesday.

Washington officially adheres to a “one China policy,” which “does not support Taiwan independence,” yet makes available U.S. “defense articles and services” to Taipei, according to the U.S. Department of State.

The Department of State did not respond immediately to the Daily Caller News Foundation’s request for comment.