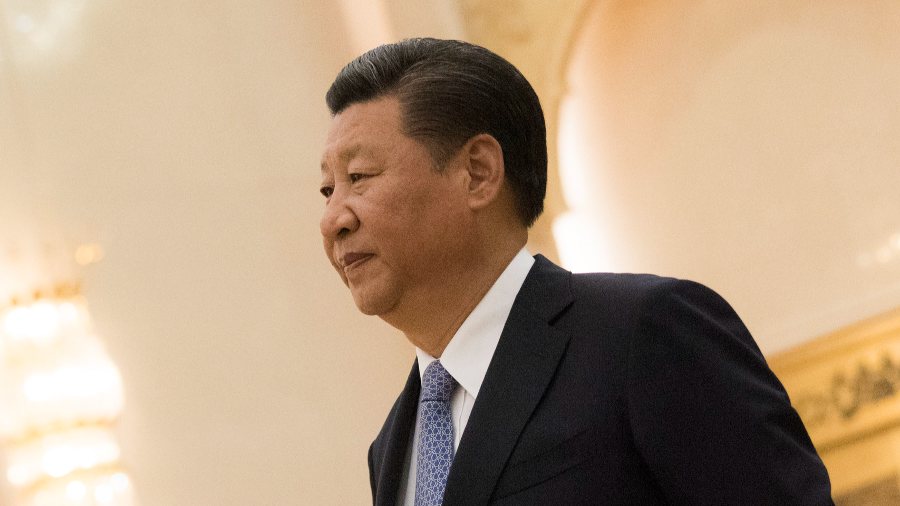 Investigative reporter Lara Logan made a good point about the fiasco in Afghanistan on last night’s “Tucker Carlson” show. She said that “this doesn’t just empower al-Qaeda, and the terrorists’ offensive. It empowers every enemy the United States has.”

That observation might apply most specifically to China, which, according to China analyst Gordon Chang, has ties with the Taliban that go back over 20 years, to before 9/11.

A Tale of Two Embassies in Kabul

Did anyone think it was odd that the Chinese Embassy in Kabul stayed open as the Taliban took over Afghanistan? The Taliban and the CCP must have had some sort of “understanding.” In contrast, we know what happened to our embassy as the Taliban advanced and Biden retreated and, in effect, surrendered. Our State Department abandoned their embassy building, the Taliban sacked it, and they took all the files left behind that identified Afghans who had helped America. God help those Afghans who were our friends.

China is sitting in the catbird seat at the moment and will use this time as productively as possible.

As Chang reports, on July 28, China’s Foreign Minister Wang Yi met with senior Taliban officials in the Chinese city of Tianjin. The next step is for China to officially recognize the “Islamic Emirate of Afghanistan.”

Can We Believe Anything?

This association between the Taliban and China is nothing new. I wonder if we’ll ever know what role, if any, China might have played in the attack on the Twin Towers 20 years ago. Apparently, Huawei, along with another telecommunications company, ZTE, worked on Kabul’s telecom system two years before that. Right after 9/11, a spokesman for the Chinese foreign ministry said that China had no “formal relations” with the Taliban, that the only ties they had were on the “working level,” and that reports of China building telecom networks and dams for the Taliban were “unfounded rumors.”

When Psaki, with a fleeting smile, can “call out” reporter Peter Doocy as “irresponsible” for suggesting that Americans are stranded outside the airport in Kabul, when we know that’s exactly what they are, then we can’t trust anything our leaders are telling us. When Biden assures us he’ll get all Americans out “who want to leave,” his implication that some Americans don’t want to leave is such a huge whopper, it insults our intelligence. They all want to leave. I’m tired of being lied to.

Anyway, Chang says that Electronic Engineering Times reported in the aftermath of 9/11 that Indian intelligence officials believed Huawei India (yes, there’s a Huawei India!) supplied communications surveillance equipment to the Taliban in Afghanistan. Huawei denied the charge, and a Chinese foreign ministry spokeswoman called it “misleading.” Not untrue, it should be noted; misleading.

China has also been a main supplier of small arms to the Taliban and insurgents in Iraq, a vast array of weaponry and ammo, some of which were shipped by dirty arms merchants directly from China’s factories. Some weapons were routed through intermediaries in Iran and Pakistan, but central Chinese authorities had to know where they were headed, as there would have been government surveillance every step of the way. Chang singles out a “series” of U.S. Presidents, notably George W. Bush, for looking the other way.

So, why would our leaders just let this go on? Recall that at the time, the thinking was to bring China in to the international system, to “engage” China, to indulge China, to trade with China, to fund Chinese virology labs hard at work studying bat viruses. Well, I made that last part up, sort of.

It turned out we couldn’t trust China, and the optimism is gone when it comes to dealing with that totalitarian state. After what Chang calls “two decades of aggressive, malicious, and provocative acts,” we can no longer overlook their dangerous conduct. It’s not just the Taliban who must be held accountable for their terrorist atrocities, but also their #1 sponsor: China.

China Sits in the Catbird Seat

I have to wonder what Chang, who wrote the book The Coming Collapse of China, is thinking of China’s position of power right now. Who, exactly, is collapsing? Our once-dependable power center, the Oval Office, is now a vacuum, a void, a cipher, a blank, a Black Hole in our universe that compares to nothing in our previous experience. So China is sitting in the catbird seat at the moment and will use this time as productively as possible.

China has also said it plans to coordinate with Iran and Russia on joint naval drills in the Persian Gulf, either late this year or early next year. The three countries pulled together for similar exercises in 2019. They plan to make it an annual event.

The Russian ambassador said that these drills are being done “to practice actions to ensure the safety of international shipping and the fight against sea pirates.” Okay……

Iran’s new president, Ebrahim Raisi, met with the president of China, Xi Jinping, last week, reportedly to tell Xi that Iran was “ready to cooperate with China in establishing security, stability, and peace in Afghanistan.” Ah, so this is who holds influence in the “new” Afghanistan as we depart. Raisi said, “We believe the departure of foreigners [NOTE: by “foreigners,” he means America], as well as past experiences in this country, have highlighted the need for the support and participation of all Afghans to ensure the security and development of Afghanistan more than ever.”

Raisi also spoke to Russian President Putin, saying much the same thing, that they should “make the U.S. withdrawal a turning point for lasting peace and stability in Afghanistan.” He’s also spoken with Japan’s foreign minister, who traveled to Iran for the meeting.

Incidentally, Iran’s nuclear program is chugging right along, with the U.N. confirming that they’ve produced uranium metal enriched to 20 percent for the first time and have upped their production of enriched uranium by 60 percent. Of course, Iran insists this is for its civilian nuclear program; they’re not interested at all in developing a bomb.

I wonder if even Jen Psaki could tell a lie that big. On second thought, sure she could.

China and its growing circle of friends need to know that Americans won’t stand for the current situation and will soon be tossing out our worthless “leaders.” We’d do it today, if we could. Time to admit the biggest national mistake in history. It’s obvious we need leaders like Trump, maybe Trump-to-the-tenth-power, to reassure our allies that we haven’t lost our minds and impress upon our adversaries that there are consequences to stepping out of line with us.