Children, the Church, and the Culture War 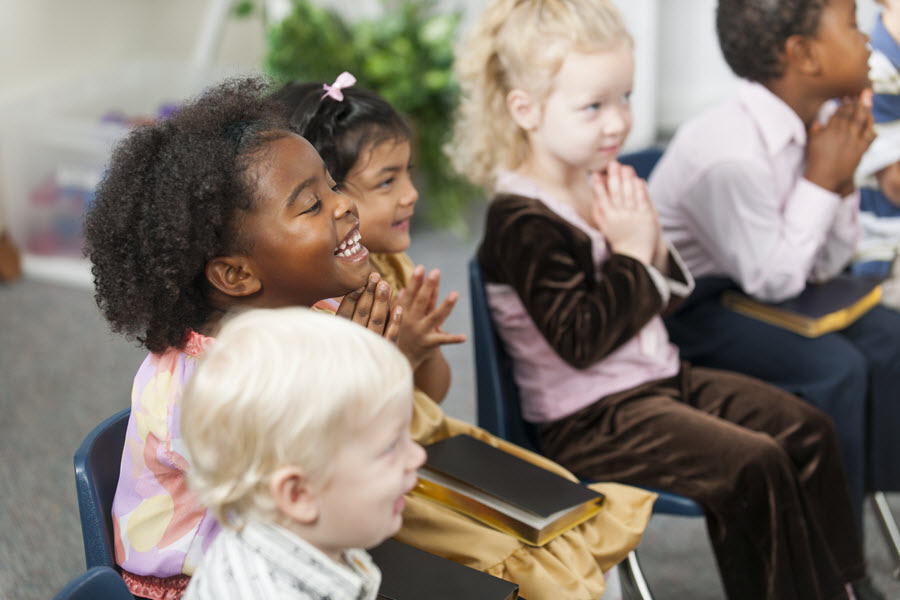 A few days ago, a colleague shared comments he and his wife get when people find out they have seven kids: “Are they all yours?” “Were they all planned?” “What are you, Mormon?” And, most awkward of all: “You know what causes that, right?”

This kind of reaction to large families, which I’ve gotten with only four kids, reveals the assumptions about children that largely go unquestioned in our culture, even in the Church.

It is widely assumed, for example, that children are a choice. This was not always so. The introduction of reliable contraception, especially the pill, made it possible to divorce the inherent connection between sex, marriage, and procreation.

The cultural journey through the sexual revolution went something like this: First, we wanted sex outside of marriage. That required having sex without the threat of babies. Then we wanted babies outside of marriage, and today, even babies without sex. Somewhere along the way, the idea of marriage without children, intentionally I mean, became common too. Even among Christian couples, the idea of not only delaying children but choosing to not have them at all is, in many circles, non-controversial.

In previous generations, an intentionally childless marriage would have been unthinkable. Infertility, as so many couples are painfully aware, is tragic. Intentional infertility is considered a choice today.
Another assumption that controls our cultural thinking is that we have children in order to fulfill adult longings. This shift goes hand in hand with seeing marriage as fundamentally an institution of adult happiness, rather than as an institution to protect and enable the next generation.

When kids are thought of in terms of personal fulfillments, how we go about “obtaining” them becomes less important. Or not at all. And so, the sexual revolution is punctuated by ethically problematic reproductive technologies and intentionally single-parent households, not to mention same-sex households who want children even after entering an intrinsically sterile sexual union.

We will soon know. According to a new report from the U.S. Census Bureau, America has gotten older faster over the last ten years than at any other time in history. Since 2010, Americans over 65 have become the fastest-growing segment of the population. Meanwhile, the number of those under 18 actually shrank between 2010 and 2019. If this continues, by 2035, senior citizens will outnumber minors in America in an unprecedented “top-heavy” arrangement with all sorts of social, economic, and political instability.

This news comes at a moment many Christians are already wondering what America their children will inherit. No matter what we do or how we vote or even who is appointed to the Supreme Court, it seems, our culture and country continue to drift in an anti-Christian direction.

In response to a recent disappointing opinion from the Supreme Court, Pastor Kevin DeYoung proposed a new “culture war strategy.” Writing at The Gospel Coalition, DeYoung urged Christians to “have more children and disciple them like crazy.” As my Tennessee friend might say, it’s not rocket-surgery.

The heated reactions to DeYoung’s blog post, especially from other Christians, shows just how counter-cultural it has become to embrace the inherent created connection between sex, marriage, and children, even within the Church.

“Ours is a culture that hinders children, instead of welcoming them.”

Of course, the reason Christians of all people should welcome children into our lives and even into our troubled times is not ultimately to win a culture war. As DeYoung acknowledged, children are a blessing from the Lord. Full stop. They aren’t means. They are ends: They are signs of living hope, votes of confidence in God’s sovereignty, and the most basic and constant opportunity to love others as Christ loves us.

Jesus told his disciples: “Let the little children come to me, and do not hinder them, for the kingdom of heaven belongs to such as these.” Ours is a culture that hinders children, instead of welcoming them. That we look at God’s blessings as mere lifestyle choices, even as punchlines for wisecracks and mockery, marks that we are a dying culture. And maybe a dying Church.

Christians of all people should have no hesitation challenging our culture’s bad assumptions about children and welcoming them as blessings. But to do so, tragically, we’ll have to start with the household of God.