Children Rarely Spread Coronavirus to Each Other or Adults, Multiple Studies Show 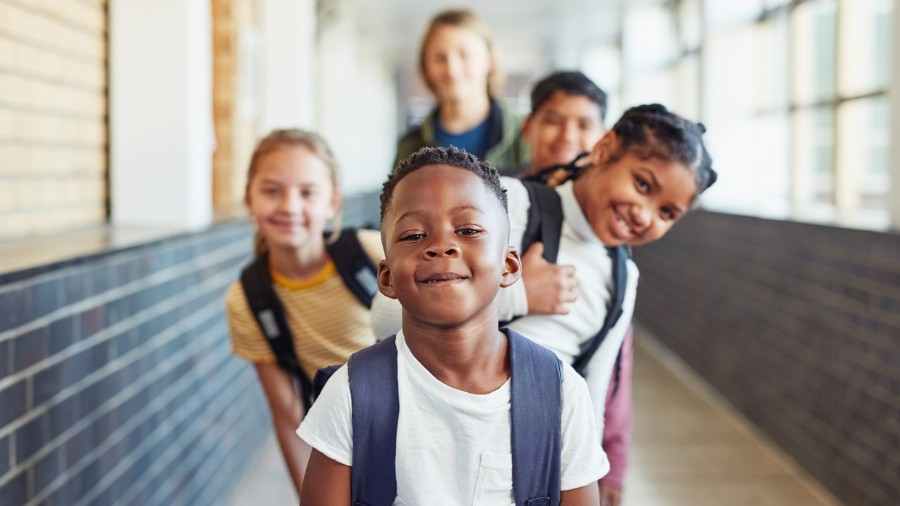 Several studies show that children are not important drivers of coronavirus, according to an article published by the American Academy of Pediatrics (AAP).

The article, which was published in the AAP’s August issue, examined multiple studies worldwide from France to Australia. The article concluded that American schools should seriously consider reopening to minimize potential social and developmental costs that would come from failing to do so.

“Therefore, serious consideration should be paid toward strategies that allow schools to remain open, even during periods of COVID-19 spread.”

The article comes as the topic of reopening schools amidst the coronavirus pandemic continues to be hotly debated in school districts across the country. President Donald Trump declared a national emergency in March as the virus spread rapidly around the world.

Trump has come out in support of reopening schools saying Wednesday that kids are “virtually immune” to the virus.

House Speaker Democratic Rep. Nancy Pelosi said in July that “we shouldn’t even be thinking” about reopening schools.

Cases up because of BIG Testing! Much of our Country is doing very well. Open the Schools!

Meanwhile, just 19% of U.S. adults surveyed think schools should open for in-person classes five days a week, according to a Pew Research study released Wednesday. The study found that Republicans are more likely to favor a return to in-person instruction than Democrats.

However, the studies highlighted in AAP’s article suggest returning to school would be less dangerous than many Americans fear.

A study conducted in February and published in the August edition of Clinical Infectious Diseases found that a 9-year-old infected with coronavirus didn’t spread the virus. The boy came into contact with a “large number” of peers in multiple schools, but there were no additional infections.

Despite the failure of coronavirus to spread, influenza did spread during that same period, which suggests that the school setting was not immune to respiratory virus transmission, according to the AAP article.

“The occurrence of a case in a child, co-infected with other respiratory viruses, who did not transmit the disease despite interactions with his classmates suggests that children might not be an important source of transmission of this novel virus,” the study concluded.

Six Australians, four students and two staff, with coronavirus had 521 close contacts with other students and staff in their respective schools — two high schools, three primary schools and one early childhood education center — but did not spread the virus to a single additional individual, according to a National Centre for Immunisation Research and Surveillance (NCIRS) study.

Health officials tested nearly 70% of the close contacts using either nose swabs or antibody testing, according to the study, which was done in conjunction with the New South Wales government.

“With community awareness, implementation of hygiene and mitigation strategies, staying at home when symptomatic, early testing and contact tracing, transmission can continue to be limited in these settings,” the study said.

A Switzerland study conducted by the University of Geneva and published by the AAP examined 40 children under the age of 16 who tested positive for coronavirus.

In the vast majority of cases, the children developed symptoms after other family members, suggesting an adult-to-child spread. The study could not confirm that any child-to-adult transmission occurred.

The study suggests “that the child was not the source of infection and that children most frequently acquire COVID-19 from adults, rather than transmitting it to them,” according to the AAP.

Three Irish students and three Irish adults with coronavirus came into contact with more than 1,000 individuals in separate school settings, according to an Ireland Department of Public Health study published by Eurosurveillance in May. There was no evidence of a single secondary transmission.

“Examination of all Irish paediatric cases of COVID-19 attending school during the pre-symptomatic and symptomatic periods of infection (n = 3) identified no cases of onward transmission to other children or adults within the school and a variety of other settings,” the study concluded.

“These included music lessons (woodwind instruments) and choir practice, both of which are high-risk activities for transmission. Furthermore, no onward transmission from the three identified adult cases to children was identified.”

American teachers unions, however, have come out in strong opposition to reopening schools in the coming weeks. The American Federation of Teachers (AFT) and the National Education Association (NEA), which together have 4.5 million members, have publicly opposed school re-openings.

“But, as coronavirus cases surge, we are insisting that officials not reopen school buildings without appropriate conditions and protections in place,” said AFT president Randi Weingarten in a July 19 column.

The AFT and NEA joined the Florida Education Association in suing Florida Gov. Ron DeSantis and Richard Corcoran, commissioner of the Florida Department of Education, over the state’s plan to reopen schools, according to a July press release.

“The coronavirus pandemic has exposed and exacerbated the inequities facing our most vulnerable students — particularly for black, brown and students living in poverty,” said NEA president Lily Eskelsen García in the press release.

García added: “We must address these inequities now — not push for school reopenings that will harm those students the most — and that requires equitable tools and resources from the federal government, which has failed to act.”

Meanwhile, several teachers in Iowa wrote their own obituaries and sent them to Gov. Kim Reynolds who has ordered schools to reopen in some capacity, according to CNN.

“Sarah loved her friends and family with her whole heart. She had a laugh that was infectious and could always be counted on for an off-hand remark or a joke,” Iowa teacher Sarah Backstrom wrote in her obituary, CNN reported.

“She was known for finding sunshine even in the darkest of times.”