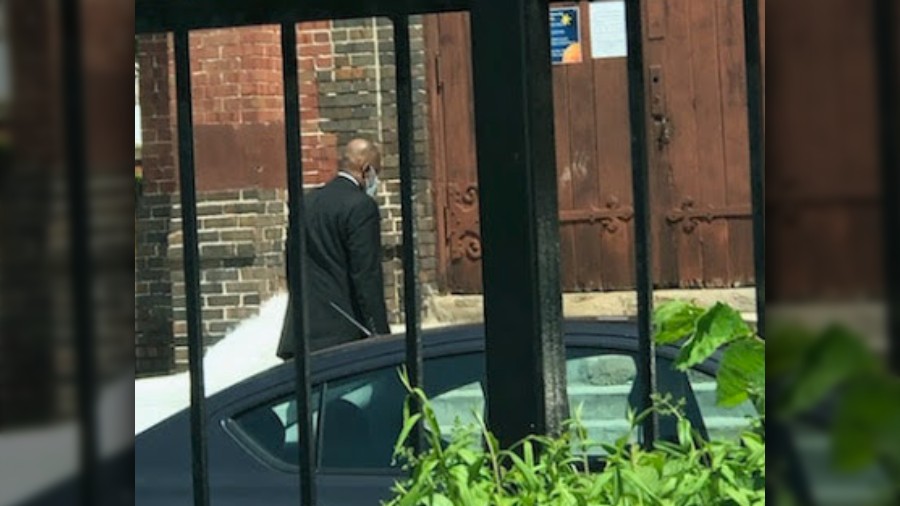 A pastor of a Chicago church claims that Democratic Chicago Mayor Lori Lightfoot lied when she claimed police were not sent to his church on Sunday, though she admitted that she sent an official to the church holding religious services during the coronavirus pandemic.

Several congregants told the Daily Caller News Foundation Tuesday that they saw police officers go up to the church and knock on the door while the service was going on Sunday, and provided pictures of the alleged incident.

Lewis told the DCNF Tuesday that his church is working with attorneys to obtain video footage from police cameras as well as video from an unmarked vehicle which he believes was taping members of the congregation entering and leaving the services.

The Chicago Police Department did respond to a request for comment on whether such video tapes exist.

“Like the Soviet styled KGB they knocked on our locked doors; the only thing she hasn’t done ‘yet’ is beat the doors down and arrest our members,” Lewis wrote in his letter. “Thankfully our doors were locked as a normal safety precaution we take each service to protect our members from the escalating gun violence in Chicago.”

A spokesman for Lightfoot’s office told the DCNF that a representative of the mayor’s office did go to the church Sunday, but said no police officers went with him.

“As a part of Mayor Lightfoot’s ongoing engagement with and outreach to faith leaders, the Mayor’s Office’s Chief of Faith Engagement, Vance Henry, visited the church to talk with the local pastor and address some of his concerns regarding the stay-at-home order,” spokesman Patrick Mullane said.

Mullane said “no police officers accompanied or escorted Henry on this visit.”

The Chicago Police Department (CPD) told the DCNF in a Tuesday statement that CPD officers were monitoring religious services over the weekend, but did not comment on whether officers visited Cornerstone Baptist Church.

Officers “worked this weekend to monitor any possible large gatherings in their districts and issue any citations where necessary” and that citations issued in response to worship are done so by mail, CPD said in a statement.

Lewis criticized these comments, saying that “the Mayor’s office has grossly lacked candor in their reply.”

“There were 3 marked vehicles and 3 unmarked vehicles parked in front of our church at the morning service,” Lewis said. “The mayor’s statement is simply untrue and they know it.”

The pastor provided the DCNF with a number of pictures that he said were Sunday, allegedly depicting the mayor’s representative “at two separate entrances taken at the same time the officers were on our church property during the services,” according to Lewis. 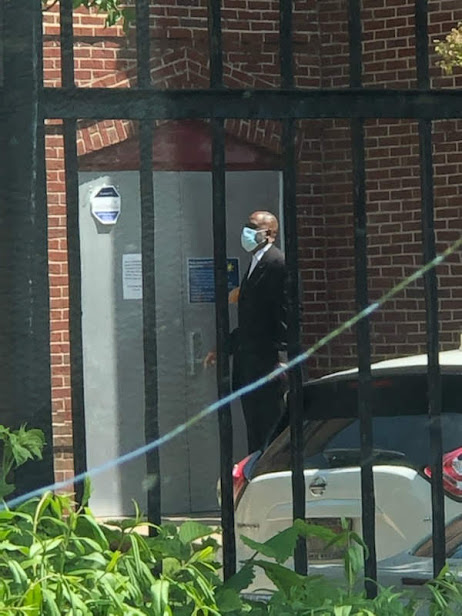 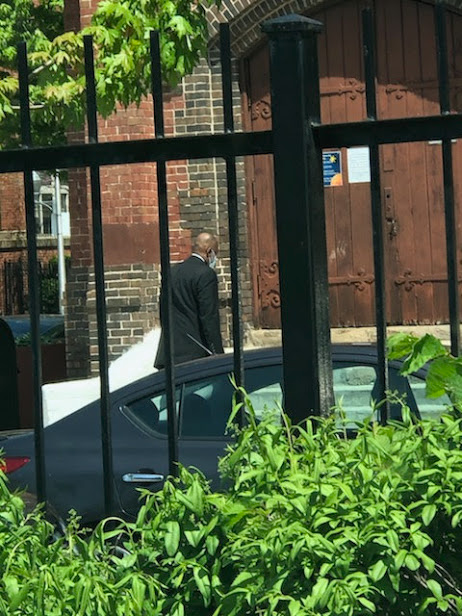 Two congregants who were outside the church around the time of the service told the DCNF that they saw police cars near the building.

Church member Debra Robertson said she was sitting outside the church in her car with several other elderly church members when the incident occurred, since the church has asked the elderly not to attend services during the pandemic.

Robertson saw at least six police vans drive by the church, she told the DCNF. Several of these vans circled the block as congregants began to leave the church, she said, noting that one officer left the van and banged on the door of the church several times while it was locked.

The church is always locked during services in order to prevent any “hooligans” from entering and causing disruptions or committing acts of violence, she added. She said she later witnessed two men in regular clothes pull up in a vehicle. One of these men went to several of the church’s entrances and banged on doors, seeking access.

Lewis provided the DCNF with photographs of a minivan and described it as “equipped with dark tinted windows all of the ways around.”

Lewis said that church members identified the man driving the minivan as William Townsell by the lanyard he was allegedly wearing. This lanyard had a tag on it, according to Lewis, which said “Chicago Police Office of Management.”

“He recorded for long periods of time in the a.m. service and the p.m. service,” Lewis said. “He told my member that he was recording for a class. Pure intimidation.”

Neither Lightfoot nor the CPD responded to a request for comment about Townsell, but a man by that name has worked as an Assistant Director of the Chicago Police Department since April 2001, according to his LinkedIn account.

Lewis said that later on Sunday during the church’s evening service, the only police department personnel present was the person whose lanyard identified him as Townsell.

Humphrey told the DCNF that he saw one of the police officers, who he believes was the female officer depicted in the photograph, banging on the church door. He added that the photograph shows police standing on the west side of the church. 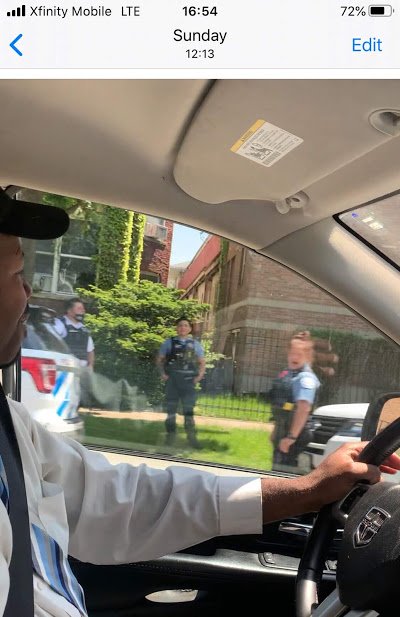 Humphrey said that he has been acting as a security guard for the church after a May 20 shooting at a neighboring church prompted safety concerns at Cornerstone Baptist Church. Humphrey was patrolling around the block in his car when police arrived, he told the DCNF.

“We will not be intimidated by this overhanded government bully, but we are requesting the assistance of our president and our Justice Department in correcting this grave miscarriage of the law,” Lewis wrote in his letter to Lausch.