Newly released data from the US Centers for Disease Control and Prevention reveal a surge in self-harm and hospitalizations from poor mental health among teens in 2020. 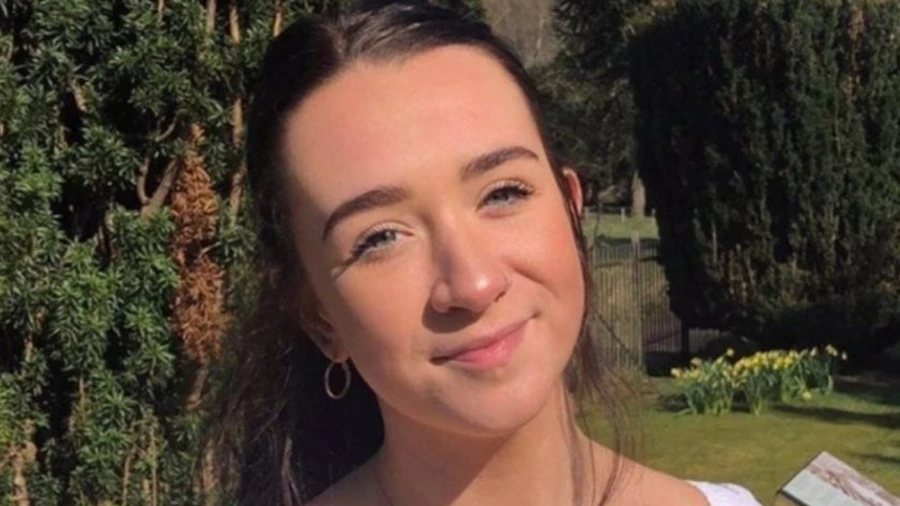 Beth Palmer was 17 and dreaming of becoming a singer in March, 2020 when the United Kingdom went into lockdown because of the coronavirus. One month later, she was dead.

“She was a wonderful, wonderful daughter. She was just funny, she lit up the room.,” said Mike Palmer, Beth’s father. “She was so affectionate and loving as well. She basically had the world at her feet. She had everything, everything to live for.”

Palmer didn’t die of the coronavirus. She took her own life.

An aspiring singer and vocal student at the Access Creative College in Manchester, Palmer crumbled in isolation. Her family states that she had previously shown no signs of struggling with her mental health. However, she claimed the mandated stay-at-home order felt like centuries.

“She couldn’t finish college, she couldn’t go out and see her friends. She felt as though this three-month lockdown was to her 300 years,” her father said in a video that went viral last year.

Unable to finish college, see her friends, or pursue her passion, the usually vivacious and affectionate Palmer became obsessive in her fear that the lockdown would never end.

In the weeks following her death, Palmer’s family spoke out on the implications of the stay-at-home order and to warn parents of the struggles their children might be facing, saying, “no one should feel isolated enough to do this.”

Tragically, new government data show Palmer’s death is part of a global trend of teen’s seeking to escape the toll of government lockdown.

Newly released data from the US Centers for Disease Control and Prevention reveal a surge in self-harm and hospitalizations from poor mental health among teens in 2020.

As the report concludes, the implications of lockdowns, such as “physical distancing; barriers to mental health treatment; increases in substance use; and anxiety about family health and economic problems” all particularly affected children, contributing to a widespread increase in suicidal thoughts.

A recent Wall Street Journal article completes the picture painted by the CDC by revealing that in California, teenage suicide increased 24 percent, leading to 134 deaths in 2020. In contrast, only 23 California minors died of COVID-19.

Specifically in Oakland, California, hospitals saw a 66 percent increase in teenagers screening positive for suicidal ideation between March and October of 2020.

In light of these alarming numbers, California public-health officials are finally beginning to speak out about this issue.

For over a year while mental illness and suicide skyrocketed, these same politicians and health experts continuously disregarded valid concerns over the dire implications of lockdowns.

It’s clear that though they were not generally at risk for coronavirus, young people, like Palmer, were a high suicide risk group, and government failed to pay attention.

“Experience,” the French economist Frédéric Bastiat (1801-1850) once wrote, “teaches effectually, but brutally.” Tragically, this seems to be the case with the unintended consequences of COVID-19 lockdowns.

The surge in teen suicide is just one example of collateral damage from lockdowns — others include surges in child poverty, drug overdoses, and unemployment, as well as a sharp decline in cancer screenings — and should come as no surprise.

Back in April of 2020, JAMA Psychiatry published a report on the possible consequences of quarantine orders, stating that while they might help quell new infections, “the potential for adverse outcomes on suicide risk is high.”

Despite these warnings, public health officials pressed on, believing their policies would protect people from COVID-19. An abundance of empirical evidence, however, suggests these efforts failed.

The road to hell, they say, is paved with good intentions. And for good reason. The world is complex, and efforts to reshape it often achieve results other than those which are intended. This is precisely why Bastiat taught about the importance of exercising restraint and foresight while implementing policy, so that we do not pursue “a small present good, which will be followed by a great evil to come.”

This was something governments didn’t do in 2020.

Beth Palmer had a promising life ahead of her. She and the other teenagers who struggled to cope with state-enforced isolation deserved better. So let us at least learn something from the brutal experience of lockdowns.

Brett Cooper is a professional actress and a Libertarian-Conservative writer. She’s an ambassador for PragerU and TurningPoint USA and content manager at Unwoke Narrative.