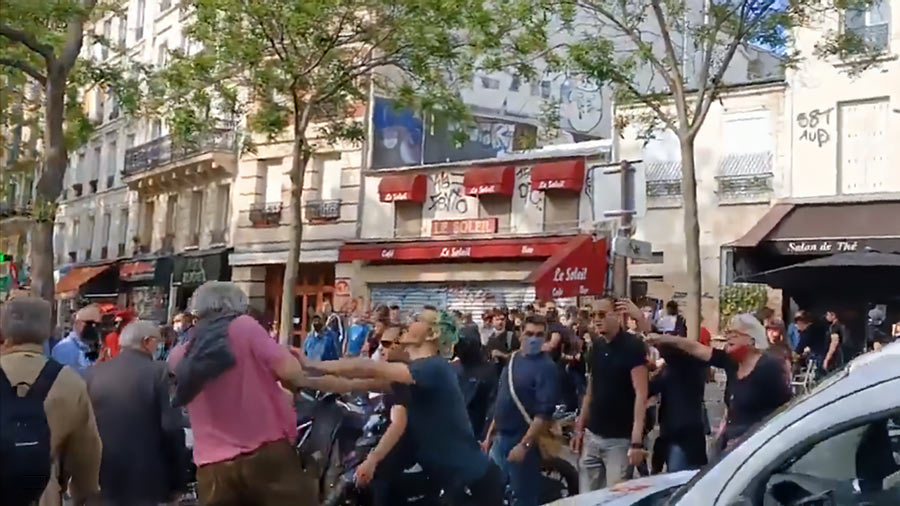 Demonstrators attacked a French procession over the weekend commemorating the deaths of Catholics at the hands of French revolutionaries in the 1870’s, multiple sources said.

The Diocese of Paris reportedly organized the procession on Friday, May 28, to remember the deaths of 50 hostages, including 10 members of the clergy, who were killed by anti-Catholic revolutionaries when the Commune of Paris was in control of France in 1871.

“Yesterday, in Paris, Catholics were attacked by violent individuals on the sidelines of a procession,” French Minister of the Interior Gérald Darmanin tweeted in French. “The freedom of worship must be able to be exercised in all serenity in our country. Thoughts for the Catholics of France.”

Far-left activists attacked a Catholic procession organized by the Diocese of Paris to remember the priests who were killed on 28 May 1871 by socialist radicals. The secular media is silent on the attack, which took place in Paris. pic.twitter.com/elXwdDSKjs

“An authorized procession organized by the @dioceseparis was violently attacked by far-left activists in the middle of Paris,” tweeted French priest Abbé Grosjean. “Catholics also have the right to live in safety.”