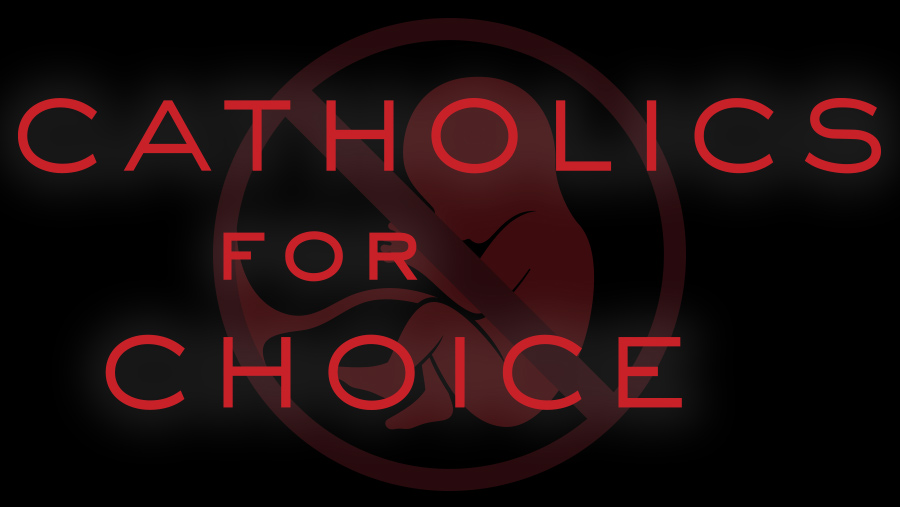 By Sheila Liaugminas Published on September 13, 2016 •

This is not a group to which I would normally give time or attention under most circumstances. But on Monday, they launched an election season ad campaign in newspapers around the country that could further confuse people who don’t already know or understand what the Catholic Church teaches on issues of utmost importance not only in elections, but in our common life as a nation.

In Monday’s Chicago Tribune, page five carried a full-page, color, paid advertisement with the large print heading ‘Abortion In Good Faith’ over the full-page photo of a woman, superimposed by a quote attributed to her. It read: “I know firsthand that today’s elected officials need to hear your voice so they do the right thing, ensuring that women who are not well off are not financially burdened by the choices they make.” Under her name, she was identified as “Former Illinois legislator, mother of four and grandmother of eight, Catholic” from “Vernon Hills, IL,” a suburb of Chicago.

At the bottom of that attention-grabbing advertisement, a red banner carried this message: “Public funding for abortion is a Catholic social justice value.” And in a side corner and lighter font, it designated Catholics for Choice as the sponsor.

I don’t cite Wikipedia as a source or reference in writing, but in this case it’s sufficient to reveal three bishops’ organizations on the North American continent that have “unequivocally rejected and publicly denounced CFC’s identification as a Catholic organization.”

This is a new push by an old organization in a very consequential election with one candidate and political party standing so fully and forcefully on a platform of abortion ‘rights,’ they extend it to the promise of repealing the longstanding, bipartisan Hyde Amendment that protects taxpayers’ funds from providing for abortions.

Plenty of media and Catholics in the pews have appropriated Pope Francis’ gestures and words taken out of context to approve of choices he never has nor could condone.

Like abortion, which he’s been asked about again and again.

“Abortion is not the lesser of two evils. It is a crime. It is to throw someone out in order to save another. That’s what the Mafia does. It is a crime, an absolute evil …”

“It’s against the Hippocratic oaths doctors must take. It is an evil in and of itself, but it is not a religious evil in the beginning, no, it’s a human evil. Then obviously, as with every human evil, each killing is condemned,” he said.

But it remains a major political issue, and with the election under 60 days away, this new campaign shows how tenuous the Catholic understanding of even this social moral issue can be.

I brought this up on radio Monday with Catholic scholar George Weigel, one of the top American public intellectuals, social commentators and Vatican experts. During that conversation, a listener wrote me saying that her Miami newspaper carried a similar full page ad. Then a caller reported that her Minnesota newspaper also carried the ad, and she was thankful for the coverage and badly needed clarity.

Whatever ‘the Catholic vote’ is, no matter how divided it is, it’s obviously seen as important and ‘in play’ in the election. Tuesday, I will cover that with the president of CatholicVote.org.

Yes, “today’s elected officials need to hear your voice so they do the right thing,” all right.