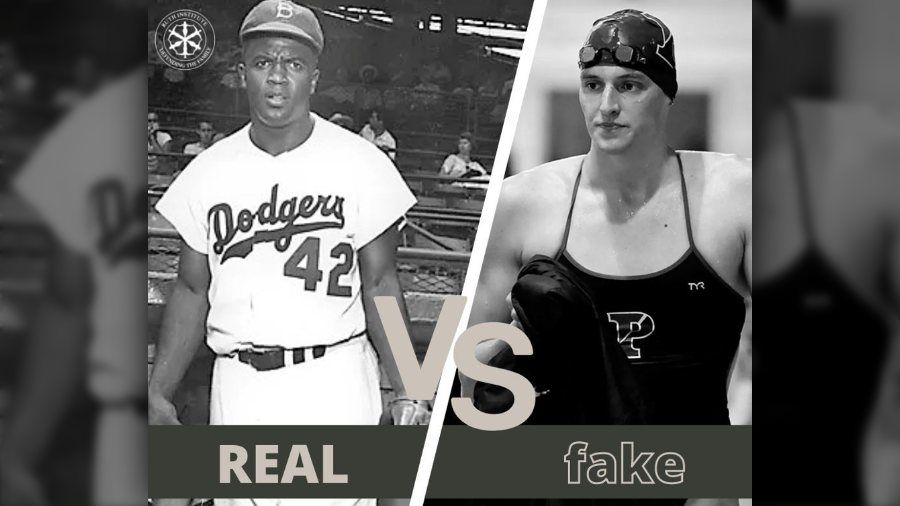 Erin Brewer developed a trans identity in first grade. Thankfully, her school psychologist did not affirm her but instead helped Erin manage her difficult feelings. It took years for Erin’s trans identity to resolve, but she is thankful that she got the help she needed to address the underlying cause, rather than being told she was born in the wrong body and inherently flawed.

Erin shares her deeply personal story to help others understand the damage that is being done to children by the transgender movement.

In this video from the Ruth Institute’s Summit for Survivors of the Sexual Revolution, Erin lays out the different categories of transgenderism, their varied manifestations, and reasons behind these disorders. She also shows examples of the propaganda used to emotionally blackmail parents into affirming, instead of truly helping, their child.

Erin explains how transitioning does not resolve gender dysphoria because it doesn’t resolve the underlying issue, which, in most cases, stems from childhood sexual abuse. Above all, Erin says, what these children need is love and compassion.

You should watch Erin’s video if anyone in your family, school or church is considering adopting a trans identity. You will get a lot of clarification.

According to a teammate, Lia Thomas, a man competing against women in college swimming, calls himself “the Jackie Robinson of trans sports.”

Morse slammed Thomas: “Comparing those who claim to have changed their sex to the civil rights movement is obscene. Jackie Robinson had to overcome racial prejudice in professional sports. He didn’t claim to be a person of color. He was a person of color. He lived his entire life with the disadvantages associated with being black in America at that time.”

“By contrast, Will Thomas changed his name to Lia and now calls himself a woman. In today’s world, this takes no courage whatsoever. He faces none of the discrimination Jackie Robinson faced. And frankly, Thomas was mediocre when he competed against other men. Only since he began competing in women’s swimming events, has he shattered records. That’s because he’s a man, who’s naturally more muscular and powerful than women.”

“Robinson was a man competing against other men. His race didn’t confer physical advantages. He competed on a level playing field while handicapped by racial prejudice.”

In an earlier release, Morse noted: “For years we were told that colleges weren’t spending enough on women’s sports and that women weren’t being given enough of a chance to compete. Now, embracing so-called transgenderism is destroying women’s sports, and no one seems to care.”

Morse concluded: “I hope Thomas’s absurd and self-serving comparison forces colleges to finally rethink their embrace of the ‘transgender’ fraud.”

Doug Mainwaring is a journalist, author, and a marriage, family and children’s rights activist. He has testified before the US Congress and state legislative bodies, and has co-authored amicus briefs for the US Supreme Court. Doug has written opinion and commentary for The Washington Times, The Washington Post, Washington Examiner, American Thinker, and others. He has been a guest on FoxNews, Sky News, NPR, and others. And he spent part of his adult life living a gay lifestyle.

The difficulty Doug sees with prominent gay men in Republican spheres is that it sends the message that there is nothing wrong with gay marriage or the redefinition of the family. This is problematic, as it implies that the natural family is not something that still needs to be fought for.

“If there’s anything that conservatives need to conserve it’s marriage, the nuclear family and every kid having a mother and father. Gays in … conservatism across the board threaten that. They live by a different standard … I need to be a voice out there calling attention to this and challenging them.”