Can You Stand for Truth Without Being Offensive? 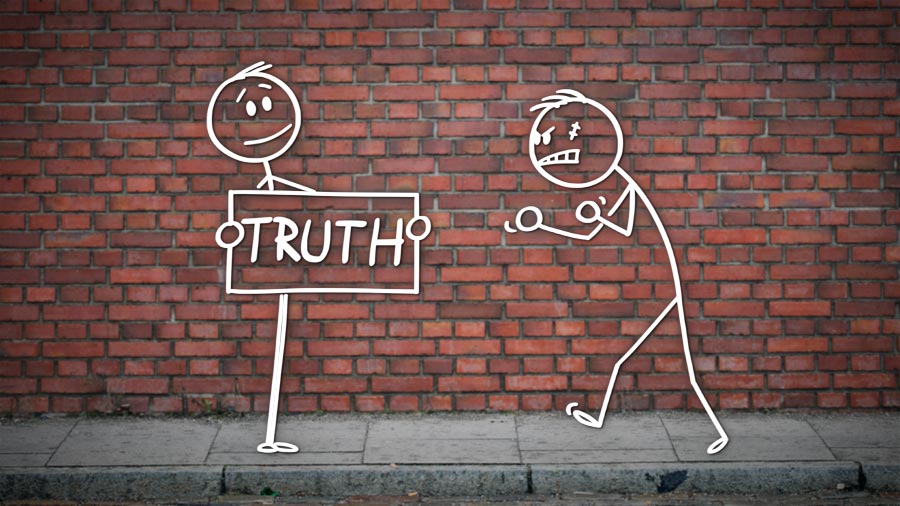 I often speak on controversial subjects: abortion, homosexuality, Islam, transgenderism, bioethics. These aren’t topics that are casually brought up over Christmas dinner and calmly discussed with out-of-town family. That’s why believers often ask me how they can stand for truth on controversial topics without being offensive. Here are three quick things I tell them.

First, I’m grateful for their concern to avoid being crass and offensive. I see too many believers who don’t care at all — or at least appear to not care. They use the truth like a club to beat people over the head. Grace? What grace? That’s for Christ to extend to non-believers, they say.

But believers should do whatever they can to communicate the truth in a winsome and gracious way. Scripture identifies them as ambassadors for Christ (2 Cor. 5:20). That means they represent Jesus with their life. How they come across to other people will be a reflection upon the good name of Jesus. Believers, therefore, should strive to speak in a warm, friendly, and kind manner. That’s especially necessary when they’re addressing a controversial topic.

Second, they need to manage their expectations. It’s unreasonable to expect people who hold a non-biblical worldview will find all our positions inoffensive as long as we communicate in a certain way. Some truth claims will be offensive no matter how kindly, graciously, and lovingly we communicate them. After all, Paul reminds us that as long as we live according to godly principles, it’s virtually guaranteed we will be persecuted (2 Tim. 3:12). We should expect that people will not only reject the content of our beliefs but also be offended by them. If we expect anything otherwise, we’ll be shocked or upset when things don’t go our way.

Third, remember that even Jesus was offensive. Scripture describes him as full of grace and truth. He was the perfect answer giver. Jesus knew how to say the right things in the right way. Despite his perfect ability, those who held a different view were aghast at his claims. In fact, there were multiple assassination attempts on his life. If Jesus couldn’t stand for truth without being offensive, you have no chance. Remember what our Lord said (John 15:18–20):

We can expect to be hated and persecuted by virtue of following Jesus. In the meantime, do your best to be a winsome ambassador for Jesus. Try to be as inoffensive as you can when addressing controversial topics. But when people are offended by your biblical values, don’t be surprised. That’s part of what it means to be a follower of Christ.

Does Trevor Lawrence Have Too Much Character to be the NFL’s #1 Pick?