The price of electric vehicles contains much of the answer. 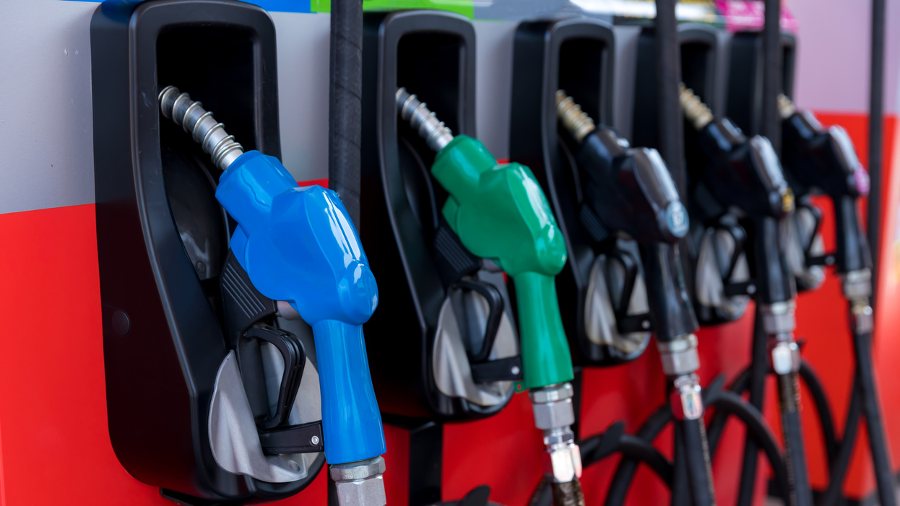 If you’ve been feeling some pain at the pump in recent weeks, you’re not alone. Gas prices are up around the world, and in the U.S. they recently reached a new all-time-high, breaking a record set back in 2008.

There are multiple reasons for the high prices, some of which are more obvious than others. The Fed’s money printing and the Russia-Ukraine conflict are some of the more recent and widely known factors. But there are many other factors that don’t get as much attention because they don’t change as much, such as strict regulations on oil and gas production, hefty fuel taxes, and the production limits set by OPEC. Though we don’t normally think about these measures when filling up the tank, it’s worth remembering that they put some serious underlying pressure on oil and gas markets, pushing prices far above what they would otherwise be.

This was *two weeks* ago. pic.twitter.com/MtnPVpzQpx

While most people are understandably annoyed with the high gas prices we’ve been experiencing, one has to wonder whether the climate change hawks welcome this change. After all, isn’t this what they wanted all along? Weren’t they pushing for a carbon tax to make gas more expensive?

Of course, the current high gas prices aren’t primarily being driven by a carbon tax, but the result is much the same. High prices are leading to less consumption. People are driving cars less and are increasingly turning to alternative modes of transportation, carpooling, or foregoing transportation when possible. If you believe fossil fuel consumption is destroying the planet, surely high fuel prices must be regarded as a victory.

The awkward part is that the climate alarmists, if they are at all consistent, almost have to celebrate the very prices that are pushing so many into economic hardship. I can just imagine a climate alarmist going to a gas station with a sign that says “gas prices still aren’t high enough.” It sounds ridiculous, but that seems to be the logical conclusion of what they believe. If you want a world with zero fossil fuel consumption, what better way to achieve that than by making fossil fuels prohibitively expensive?

So how are we supposed to get around without fossil fuels? According to some, we should all just buy electric vehicles (EVs). That’s a nice idea in theory, but as many have pointed out, it’s not exactly realistic for the foreseeable future.

Nothing… And I mean NOTHING… Is more tone deaf than telling a single mother of two making $30k a year who is struggling with gas prices to go buy a $50-80k electric car that she has nowhere to charge.

While the relatively high price of EVs certainly makes a point about privilege, it also highlights an important economic idea.

Consider this. In a free market, people naturally gravitate toward the cheapest option because it is, by definition, more economical. So the fact that people are still coming back to gas cars despite the high price of gas says something profound: gas-powered vehicles are, in many cases, still more economical than EVs. Thus, moving away from fossil fuel vehicles, at least under the current state of affairs, would be economically harmful. After all, if it was cheaper to switch to EVs (all else equal), people would have already done it by now out of pure self-interest.

Essentially, the cost of buying and driving an EV represents a tipping point. As long as gas is cheap enough, gas cars will be cheaper overall, and people will stick with them. However, if gas becomes really expensive, there will be a point where EVs become cheaper overall, at which point people will naturally switch over.

But there’s an important caveat.

Consumer decisions can only demonstrate economic superiority in a free market. If there are special taxes, regulations, or subsidies that create an uneven playing field, it’s quite possible that consumers will choose a relatively uneconomical option that they wouldn’t have chosen without the government interference. For example, if there are significant tax credits for EVs that aren’t available for gas cars, the effective price of EVs will be artificially lower, which means people will gravitate toward EVs even though those cars might be more expensive to create.

So, if you can convince people to buy your product in a free market, you can demonstrate that yours is the more economical option. But if, on the other hand, you feel the need to entice or even force people to use your alternative (with tax credits, regulations, bans, and such), that’s a good indication that your alternative is economically inferior.

But hey, at least EVs are helping to mitigate the effects of climate change, right? Well, not really. An abundance of evidence shows that transitioning to EVs makes only a marginal difference in reducing CO2 emissions. As economist Jonathan Lesser pointed out in a 2018 study, “although zero-emission vehicles will emit less CO2 than internal combustion vehicles, the projected reduction in CO2 emissions, below 1 percent of total forecast U.S. CO2 emissions, will have no measurable impact on climate and, hence, no economic value.”

Climate alarmists often say we don’t have to choose between the environment and the economy. Helping the environment would be good for the economy, they insist, even if the economic impacts of climate change weren’t a factor. That may be true in some cases, but a lot of the time it’s just wishful thinking.

The harsh truth is, sometimes we do have to choose. As long as the green alternatives are more expensive than what we currently use (all else equal), switching to them will be economically harmful. Again, if it was truly good for the economy we would already be doing it.

So if divesting from fossil fuels would be so harmful, why do so many people support it? A lot of the time, the problem is that the costs are ignored, or at least downplayed.

This is why, in his book The Moral Case for Fossil Fuels, Alex Epstein stresses the importance of being even-handed when discussing this topic. “Looking at the big picture requires looking at all the benefits and risks to human life of doing something and of not doing it,” Epstein writes. “To do otherwise is to be biased in a way that could be very dangerous to human life.”

This may sound unobjectionable, but it needs to be emphasized because there is a pervasive bias against fossil fuels in our culture. It’s easy to notice the downsides of using fossil fuels, but we often fail to appreciate the benefits we get from using them. The benefits are real, however, and they are significant. Indeed, the cheap, reliable energy provided by fossil fuels is the key to so much of our prosperity, from transportation to food to healthcare.

But just how significant are these benefits? Well, think about how much cheaper it is to drive gas-powered vehicles compared to EVs. That difference represents the savings that fossil fuels make possible.

It’s telling, really, that even despite sky-high gas prices, we still haven’t reached the point where EVs are clearly more economical. That says a lot about just how much we benefit from gas-powered vehicles, and about how much we stand to lose should we be forced to abandon them.