It's past time for rank-and-file Democrats — and Never-Trump Republicans, for that matter — to answer for Biden's disastrous policies. 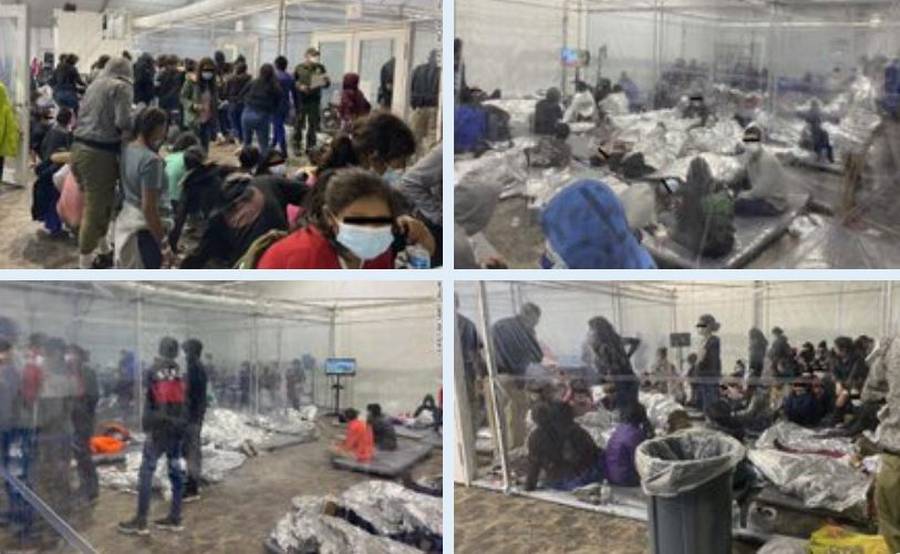 Everyone knows President Joe Biden ran as a moderate and is governing as a leftist radical, yet we see little evidence of Democrats, including the liberal media, breaking ranks from him. Why?

I’ve previously written about the lack of Democrats’ dissent from their party’s undeniable extremism and have always been met with the response that they don’t dissent because there are no longer any moderate Democrats. Yet when I talk to my Democratic friends, they vehemently deny that they personally are extremists. Are they, or might they just as well be?

Rank-and-file Democrats can no longer blame their rank partisanship and extremism on Donald Trump, who is no longer president. It’s past time for them — and Never-Trump Republicans, for that matter — to answer for Biden’s disastrous policies.

Let’s look at Biden’s border debacle as one of many flagrant examples of raging Democratic and media hypocrisy, for they’re giving Biden a complete pass and even defending him on the very policies for which they berated Trump.

Biden wholly owns this border train wreck, though he disingenuously continues to blame Trump. Trump’s border policies were working. We had seen major progress in sealing the border; fewer migrants were entering the United States, and cartels were being stymied. But Democrats, wedded to their open-borders agenda and their faux compassion for illegal immigrants, castigated Trump as a racist and particularly zeroed in on his allegedly inhumane treatment of children.

Now the cartels are flourishing, and our borders are being overrun. And we know all the hyperventilating over the children had nothing to do with any genuine concern for them but with demonizing and defeating Trump — and cynically promoting Democrats’ policies to flood the borders with future Democratic voters.

We know this because the Biden administration is doing nothing to address this growing and dangerously out-of-control border situation. This crisis is a direct result of Biden’s virtual invitation to migrants to come on up, his promises of amnesty and welfare for illegals, and his emasculation of U.S. Immigration and Customs Enforcement. Purely for appearances’ sake, as we now know, Biden put Vice President Kamala Harris in charge of this crisis, and she has done nothing except cackle when asked about her progress.

Lying About the Border

Biden says border crossings by migrant children are way down, but that is demonstrably false. The numbers are way up. Children are being held, and Democrats are supplying misleading photos to dupe the public. U.S. Rep. Henry Cuellar accused the Department of Homeland Security of trying to create the impression that the facility in Donna, Texas, was emptying out, when the youths held there were simply moved to a nearby location. “All they’re doing is, they’re moving kids from one tent to the other and saying, ‘Oh, they’re not in the Border Patrol (custody),’ but they’re right next door,” said Cuellar. This is a major scandal.

A Few Democrats are Standing Up

A few Democratic politicians are calling Biden out, but most Democratic officeholders, Democratic voters and liberal media outlets remain entirely silent or proactively deceitful about this travesty.

Democratic Sen. Kyrsten Sinema met with the Arizona National Guard and reported that the federal government is not doing enough to deal with the issue. She joined Sen. Mark Kelly in sending a letter to Biden to support Gov. Doug Ducey’s request that the government reimburse Arizona for its expenses in deploying the Guard. Ducey had said: “It’s become evidently clear that Arizona needs the National Guard, and the White House is aware of that. Yet, to this day, there has been no action from this administration, and it doesn’t look like they are going to act any time soon. If this administration isn’t going to do anything, then we will.”

Don’t overlook those charges: The White House is aware but has taken no action and is unlikely to take action.

Let’s review. Democrats and the media savaged President Trump for his inhumane treatment of children, using photos of kids in cages during the Obama administration, no less. The border situation under Biden is worse in every respect, from cartels to the inhumane treatment of migrant children to the border being overrun to illegal migrants being shipped all over the nation and in some cases becoming eligible for government handouts.

But Biden denies the observable facts; his administration submits bogus photos to deceive the American people; he’s ignoring border-state governors’ requests for assistance; he pretends to empower Harris to address the problem and she does nothing; and the crisis continues to explode. Yet (most) Democrats and the media cover and thus enable this nightmare.

No self-respecting nation can long survive without protecting its borders, and yet one of our two political major political parties and its media cohorts are deliberately fanning this dangerous flame in their quest for one-party rule.

It would be bad enough if Democrats and the media were pursuing these abominable policies for misguided ideological reasons, but it’s worse. This is about raw power and placing their party’s interests above the national interest: They advocate open borders to paint themselves as loving and tolerant and tar Republicans as racists, and then they encourage millions of illegals to flood the borders to get sanctuary and welfare and be fast-tracked for amnesty — all to magically create millions of new Democratic voters.

Time for self-styled moderate Democrats to draw the line and prove me wrong.