California Wants Me to Vote, Even Though I Haven’t Lived There for Over Eight Years 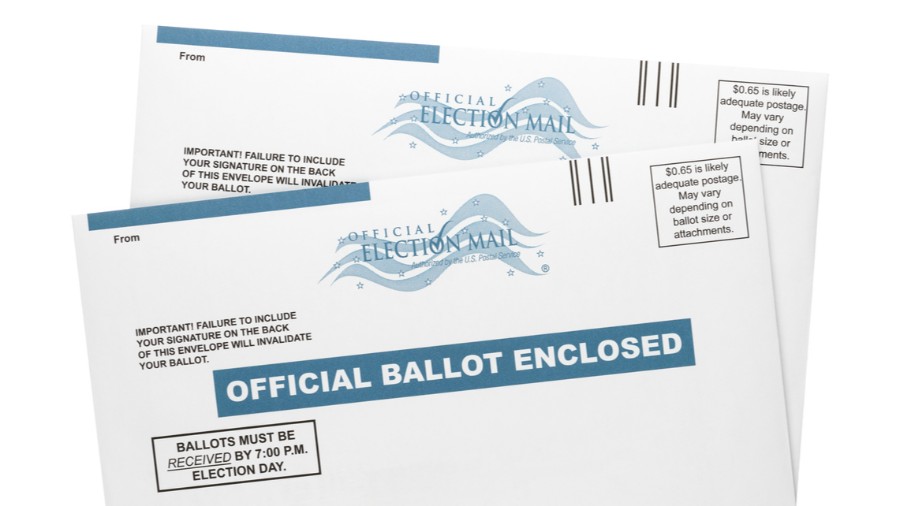 States across the country are experimenting with a mass switch to mail-in elections in response to the COVID-19 pandemic.

But is it wise for states to make such a big change, especially in light of messy voter rolls around the country?

What I was sent earlier this month by election officials in Alameda County, California, makes me worried that ballots going to the wrong locations will be a significant concern this year.

The Alameda County Registrar of Voters notified me by mail at my parents’ address in Oakland that I would receive a ballot when the state sends them out Oct. 5. This is following Gov. Gavin Newsom’s executive order that all California voters receive a mail-in ballot before the Nov. 3 election.

The problem is, I should not be considered a California voter.

Since I left California in 2011, I have registered to vote in two other places. I’ve officially changed my address. And my parents notified election workers at their local voting location after I left the state, but to no avail.

The only reason I was even aware of the situation is that my parents still live at the same address.

I posted this information on Twitter, noting that it’s particularly concerning given that there will be a massive uptick in mail-in voting this year.

So people are saying that this is incorrect because ballots won't officially be sent out in CA until Oct 5. My parents just received this in the mail telling me that they are sending the ballot. Havent voted there in 10 years. Parents told them I left years ago. https://t.co/Lz21nJlbav pic.twitter.com/oZHkjT7uSW

Although the official mail my parents received isn’t the actual ballot, it informed me that I would receive one along with every other California voter. Unless something changes, a ballot will be sent to me in a town where I haven’t lived or voted for a decade.

I’m hardly alone in my experience. That’s a problem.

What if I or my parents had been dishonest, and I voted twice? What if somebody else living at that address tried to submit my vote?

It’s not hard to see how this system could be abused by those who care to do so.

Again, this is an even bigger problem right now. Much of the country is experimenting with mass voting by mail even while many states have done a poor job of cleaning up their voter rolls and taking extra precautions to ensure election integrity.

A municipal election in May in Paterson, the third-largest city in New Jersey, demonstrated how a mail-in ballot system potentially can be abused. Ballot irregularities and alleged fraud led to a significant number of cast ballots being invalidated and a judge’s ordering a new election.

Among the problems were mismatched signatures on ballots and hundreds of ballots that were bundled improperly. Several people were charged with voter fraud.

That election in New Jersey simply may be an ugly outlier, but it’s also a good reason to be concerned about an election system being transformed on a widespread scale, as we are seeing for the 2020 presidential election.

Election Integrity Is A Serious Issue

State officials should treat election integrity as the serious issue that it is.

The bottom line is that voter rolls around the country are bloated and filled with inaccuracies. Countless voters are registered in multiple states, many of which have resisted cleaning up their rolls.

The 2020 election also presents unique problems. Most states are moving toward a mail-in system as a response to the COVID-19 pandemic.

This makes irregularities in voter rolls more problematic, given that many states simply are sending out ballots to everyone who is currently registered. Others require a request, more like the typical process of acquiring an absentee ballot.

My Heritage Foundation colleague Hans von Spakovsky has written extensively about election integrity issues and warned about the implications of mass mail-in voting.

“Going entirely to by-mail elections would unwisely endanger the security and integrity of the election process, particularly if officials automatically mail absentee ballots to all registered voters without a signed, authenticated request from each voter,” von Spakovsky wrote in April.

Von Spakovsky noted in the article that having “thousands of ballots” arrive in places where voters no longer reside “risks those ballots being stolen and voted.”

As far as my own ongoing problem with California sending me ballots, von Spakovsky says:

Voter registration forms usually have a place on the bottom of the form where you can write in where you were previously registered. But states are notoriously lax about forwarding that information to the former jurisdictions or doing anything about information when they get it from other states. Their voter rolls, particularly California’s, are also in notoriously bad condition because they don’t take off people who have moved or died.

Mark Hemingway, who has written extensively about related issues, wrote in 2019 that a sharp divide now exists between those who prioritize “ballot access” and those who focus on “ballot security.”

These sometimes competing concerns are prevalent in the 1993 National Voter Registration Act, often called the “Motor Voter Act.” Officials streamlined the process for voter registration, but opened the possibility of more inaccurate rolls, especially given how many people move from state to state.

“People are far more likely to register to vote in their new homes than to alert their old communities that they have moved,” Hemingway wrote.

It’s up to the states to do regular maintenance on their voter rolls, and they are supposed to follow up with a notice to voters who have been inactive for a long time.

However, Hemingway wrote that since passage of the National Voter Registration Act, “many states have simply ignored the maintenance requirements while others have sought legal workarounds.”

For those who say they’re concerned with protecting “democracy,” ballot security should be a priority. Messy voter rolls open up the possibility of fraud as well as innocent errors that could gravely threaten our electoral process.