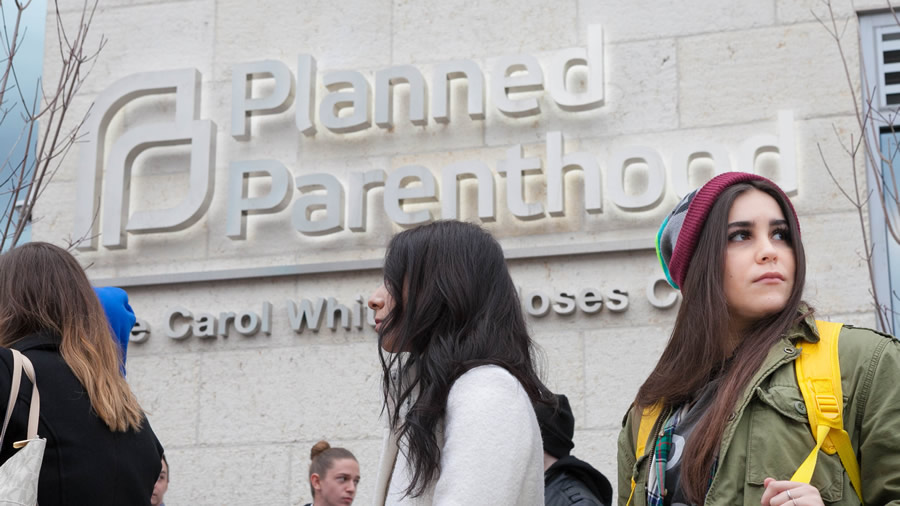 Imagine forcing every kid to walk around holding an ad for Planned Parenthood. Well, in California, you don’t have to imagine it.

California state Assemblyman Jesse Gabriel is doing everything he can to seal the single largest free publicity deal in the history of abortion: a Planned Parenthood phone number on every student ID. Including kids at private and Christian schools.

He calls it the “Pupil and Student Health” bill, but critics of Gabriel’s AB 624 want people to know what it really is: an attack on the First Amendment.

By slapping Planned Parenthood’s hotline on the back of every 12- to 24-year-old’s ID, California essentially would be forcing every student to join an abortion sales team.

And if you think private schools are exempted, think again. Gabriel’s plan doesn’t just affect public middle schools, high schools, and colleges — but Christian campuses, too. Good luck winning that one in court. Parents would be filing lawsuits faster than you can say “compelled government speech.”

Thanks to Gov. Jerry Brown’s Healthy Youth Act, Leana Wen’s group already has a head start on indoctrination — which, as we all know, is her best shot at future business. Even charter schools are ordered to serve up Planned Parenthood’s propaganda in California, including the controversial “Get Real” curriculum, a program so radically pornographic that parents across the country have packed townhalls to have it removed.

If Gabriel wanted to put a resource on the back of student IDs, fine. But why pick a group as corrupt as Planned Parenthood? (An organization under criminal investigation for selling baby body parts doesn’t exactly scream credibility.) The answer’s simple. Planned Parenthood forked over $4,400 for his 2018 campaign. This isn’t about wellness — it’s about a down payment on future contributions.

Apparently, California Family Council’s Greg Burt writes, Gabriel “doesn’t see the conflict of interest in using government resources to provide free advertising to an organization that has given him an endorsement and campaign cash.”

Speaking of money, Planned Parenthood doesn’t need to be on student IDs. They’re in our wallets already. Remember, this is an organization that rakes in more than half a billion dollars from taxpayers every year. Surely, they have enough cash to get out their pro-abortion message without forcing schools to advertise an activity they should be discouraging.

Gabriel is lobbying to replace the suicide hotline on the back of these kids’ IDs with an organization whose No. 1 business actually leads to mental health issues in women.

Imagine the uproar if conservatives tried to put the contact information for a pregnancy care center on the back of student IDs? Or, since Gabriel seems to be so intent on political plugs, how about the California Family Council?

In the end, his idea isn’t just outrageous — it’s deadly. Gabriel is lobbying to replace the suicide hotline on the back of these kids’ IDs with an organization whose No. 1 business actually leads to the mental health issues that cause some women to take their lives.

As the Family Research Council explains in its publication Planned Parenthood Is Not Pro-Woman, a “2011 peer-reviewed synthesis on the mental health effects of abortion included a survey of 22 published studies combining data on 877,181 participants, showing that abortion increases the likelihood of depression, anxiety, and reckless behavior such as alcoholism, drug use, and sadly, suicide.”

Gabriel’s bill doesn’t just force young people to violate their beliefs — it promotes an industry that jeopardizes these girls’ health.

If today’s teenagers want to talk to someone about sex, here’s an idea: call home. Until then, stop using the heavy arm of government to burden these kids’ free exercise. As attorney Dean Broyles with the National Center for Law and Policy said, “The radicals in the California Legislature just don’t get it! We still have a First Amendment.”

When California tried to force pregnancy care centers to do the same kind of Planned Parenthood PR, even Justice Anthony Kennedy was appalled. It’s time to read the Constitution, he insisted, “to understand the history of authoritarian government as the Founders then knew it; to confirm that history since then shows how relentless authoritarian regimes are in their attempts to stifle free speech; and to carry those lessons onward.”

If liberals haven’t learned that lesson, then it’s up to Congress to help them. It’s time to defund Planned Parenthood — once and for all. If the abortion industry has enough money to fund Gabriel’s campaign, then it certainly doesn’t need ours.