In a twist that could only ever happen in Big Government, this same official, Julie Su, is getting promoted to a top post in the Biden administration despite the scandal. 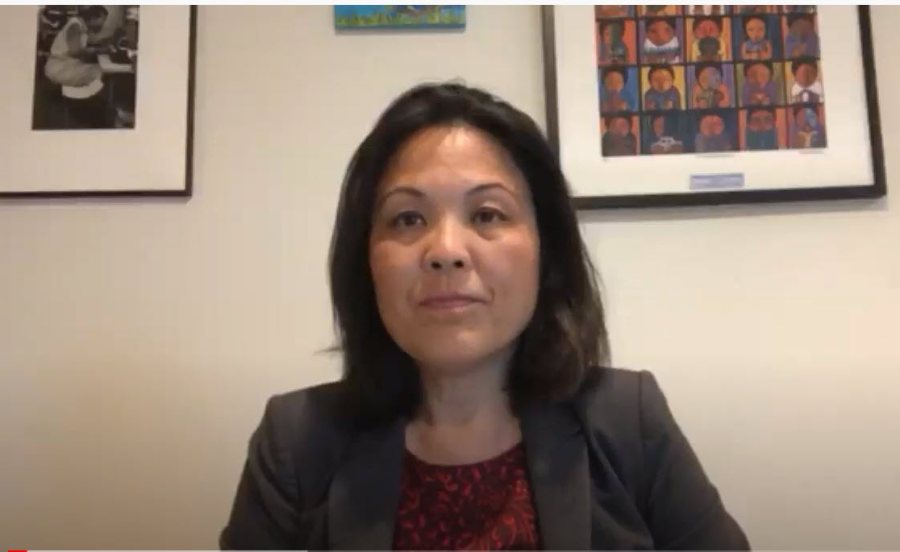 By Bradley Polumbo Published on February 3, 2021 •

Millions of Americans have struggled financially since the March outbreak of the COVID-19 pandemic. But new reporting reveals that rather than successfully helping those truly in need, the California government sent up to $31 billion in taxpayer money earmarked for “COVID relief” to fraudsters and crime rings.

The Golden State has paid out an astounding $114 billion in expanded unemployment benefits since the crisis began last spring. Of that sum, officials have confirmed 10 percent as fraudulent. That’s $11.4 billion definitely lost to fraud. The state has identified another 17 percent of the paid out funds as potentially fraudulent, meaning there’s roughly $20 billion more in suspected losses.

“There is no sugar coating the reality, California did not have sufficient security measures in place to prevent this level of fraud,” California Labor and Workforce Development Agency Secretary Julie Su said.

“As millions of Californians applied for help, international and national criminal rings were at work behind the scenes working relentlessly to steal unemployment benefits using sophisticated methods of identity theft,” Su admitted.

In one particularly egregious example of just how easy the system was to game, the Golden State sent roughly $1 billion to criminals currently behind bars in jails and prisons who filed false claims. California’s fraud problem is particularly glaring, but it’s not an outlier. It’s part of a national trend.

The Context: Runaway COVID Fraud Has Been a National Problem

In response to the COVID-19 outbreak, the federal government rapidly expanded the unemployment benefits system in the March CARES Act. They opened unemployment benefits to vast categories of new workers and flushed the system with federal cash payouts on top of existing state-level benefits.

This was done with the benign intention of helping people in need and getting relief money to the struggling. But it created a broken system where welfare paid more than work for 70 percent of the unemployed, disincentivizing economic recovery. And the cash-flush, hastily expanded welfare programs quickly became a scammer’s dream and an attractive target for criminals.

From Rapper ‘Nuke Bizzle’ allegedly stealing $1.2 million and writing a song bragging about it to a Nigerian fraud ring — yes, seriously — wreaking havoc on Washington State’s system, outrageous examples of COVID unemployment fraud quickly began to crop up. All in all, the government lost a whopping $36 billion to fraud in 2020. (And that’s just the fraud we know about!) This is more than the entire unemployment system paid out in benefits in 2019.

Some might look at this dysfunctional situation and blame it on the chaos caused by COVID-19 or the unique incompetence of California officials. While both factors undoubtedly played a part, they can’t fully explain what happened here. Runaway fraud is a feature, not a bug, of all big government programs.

In private enterprise, the profit motive drives employers to limit waste and inefficiencies of all kinds. They exert downward pressure on employees, who are often fired if they allow enormous waste to occur. In all such private enterprises, those spending money, directly or indirectly, have skin in the game. The opposite is true in government.

There’s no profit motive driving efficiency. This key aspect of private enterprise is replaced by bureaucracy, which is kryptonite to efficiency and accountability. Indeed, the aforementioned California official who oversaw this scandal, Julie Su, is actually receiving a promotion. President Biden has nominated her to serve in his administration in the Department of Labor. Let alone a promotion, this kind of waste and dysfunction could simply never occur in free-market enterprise over the long-run. Any business that engaged in it would lose out to competition and go bust. Of course, there’s no such check on government bureaucrats.

When you shop for yourself with your own money, you have every incentive to avoid waste, look for bargains, and ensure you’re getting a quality product. Similarly, when you spend other peoples’ money on yourself, a gift card for example, you still have an incentive to shop frugally and seek quality.

But consider the opposite scenario.

In California, we’ve just witnessed a particularly egregious example of how wasteful big government can be. Yet rest assured, similar fraud and incompetence is happening in your state too.