Burisma Official Told Hunter Biden They Wanted to ‘Close Down’ Investigation Against Firm’s Owner, According to Unconfirmed Email 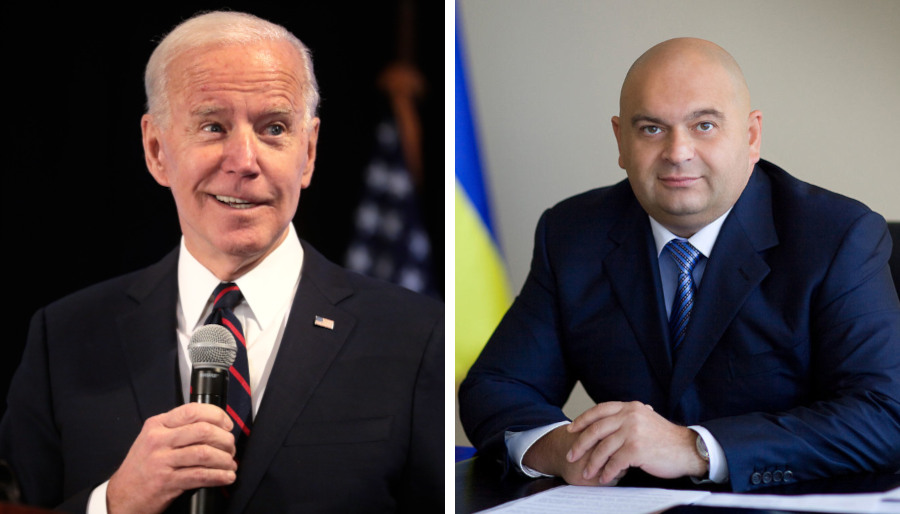 Republican allies of Trump have alleged that Joe Biden intervened to help the owner of Burisma, Mykola Zlochevsky, the target of an investigation in the U.K. for bribery, because of his son’s position with the company.

An executive at Burisma Holdings told Hunter Biden in November 2015 that he wanted high-ranking U.S. officials to express their support for the Ukrainian energy firm as part of an effort to shut down investigations against the company’s owner, according to an unconfirmed email Fox News reported Thursday.

According to Fox News anchor Tucker Carlson, Vadym Pozharskyi, a Burisma executive, emailed Biden and his business associate, Devon Archer, on Nov. 2, 2015, laying out a series of “deliverables” he sought for the company.

Biden and Archer served on Burisma’s board of directors at the time. They were paid more than $80,000 a month in that role despite having no experience in the European energy sector.

At the time, the owner of Burisma, Mykola Zlochevsky, was the target of an investigation in the U.K. for bribery. There is some dispute over whether he was under investigation in Ukraine as well.

According to Carlson, Pozharskyi told Biden and Archer that he wanted “high-ranking U.S. officials to express their ‘positive opinion of Burisma.’”

“The scope of work should also include organization of a visit of a number of widely recognized and influential current and/or former US policy-makers to Ukraine in November,” Pozharskyi wrote in the email, which was reviewed but not authenticated by the Daily Caller News Foundation.

He said the goal of the visit was to “bring positive signal/message and support on Nikolay’s issue to the Ukrainian top officials above with the ultimate purpose to close down for any cases/pursuits against Nikolay in Ukraine.”

"That’s how things really work in Washington. Your son has a lucrative consulting deal with a Ukrainian energy company, you tailor American foreign policy to help make him rich." pic.twitter.com/EhHvi4GvXe

Pozharskyi was critiquing a consulting proposal from Blue Star Strategies, a Democratic public relations firm that eventually worked for Burisma.

Hunter Biden served on the board of directors of the Truman National Security Project with Blue Star Strategies co-owner Sally Painter.

The documents are purportedly from Hunter Biden’s computer.

On Wednesday, the New York Post began publishing emails purported to be from the computer.

The origin of the emails has come under scrutiny because they fell into the hands of Rudy Giuliani, the personal lawyer for President Donald Trump who has led his own investigation into the Bidens’ ties to Ukraine.

A computer shop owner in Delaware said that a man he believed to be Biden dropped off the laptop for repair in April 2019 but did not return to retrieve it.

Despite questions about the chain of custody for the computer files, the Biden campaign has not disputed the accuracy of any of the documents published so far, and Hunter Biden has not issued a statement on the matter.

The Post reported on Wednesday that Pozharskyi emailed Biden in April 2015 thanking him for “an opportunity” to meet his father.

Democratic presidential candidate Joe Biden has long denied talking about his son’s business activities, including his work for Burisma. The Biden campaign issued a statement on Wednesday saying that Pozharskyi was not listed on Biden’s calendars from 2015. The campaign issued a statement later in the day saying that if Biden met with the Burisma official it would have been a brief encounter on the sidelines of an event.

Republican allies of Trump have alleged that Joe Biden intervened to help Burisma because of his son’s position with the company.