Three religious freedom advocates cheer the release of Andrew Brunson, including one who saw the final hearing firsthand in Turkey. Yet they also unveil the Mideast nation's recent decline on human rights. 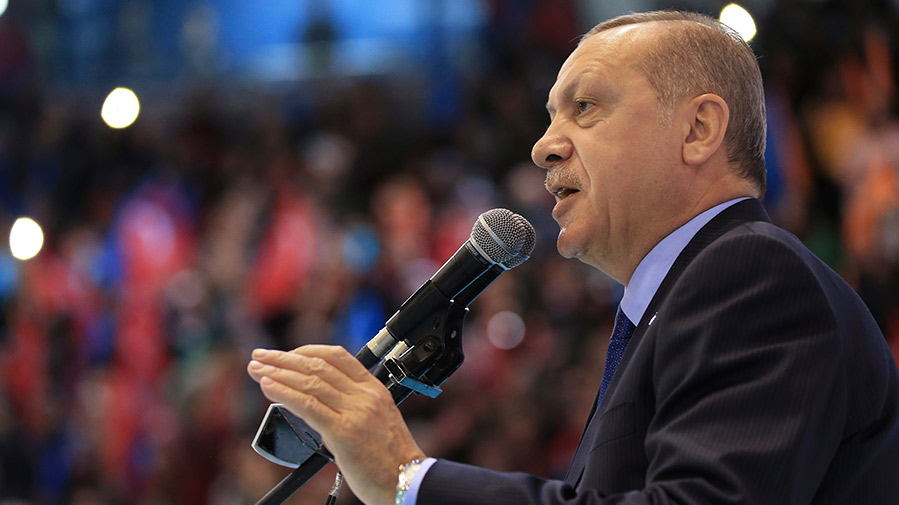 On Friday, a Turkish court revised its ruling against U.S. citizen Andrew Brunson. This allowed the Presbyterian minister to return to the U.S. after nearly two years in prison. Religious leaders across theological and political spectrums praised the Trump administration’s role in ensuring his freedom.

“We’re glad for the result today,” said Travis Weber, vice president of policy at Family Research Council. He was inside the courtroom in Izmir, Turkey on Friday morning. “As the case gained traction in the United States, the administration began highlighting it very publicly. These injustices took a while to correct.”

In a meeting in the Oval Office, recently freed American Pastor Andrew Brunson and his wife prayed for President @realDonaldTrump. https://t.co/fAJKg7DyKv pic.twitter.com/3UYS8AdMjh

However, several sources note significant concerns surround Turkey. “Turkey continues to hold an estimated twenty Turkish-Americans,” stated The Lantos Foundation for Human Rights and Justice. “Since 2016, as many as 160,000 people in Turkey have been arrested, detained or fired from their jobs.”

”This is a day of hope for all the prisoners in Turkey who are jailed on the basis of expressing their political or religious views.” – Ninar Keyrouz

The nonprofit group called out “growing authoritarianism on the part of Mr. Erdogan,” referring to the Turkish President. Since 2014, Recep Tayyip Erdogan (pronounced “air-doh-wan”) has signaled his intentions to re-establish a form of Islamist rule in Turkey.

These policies have led to a decline in democracy and human rights in the nation.

“It certainly is a great first step,” says Ninar Keyrouz of Brunson’s release. She serves as director of media for In Defense of Christians (IDC). “This is a day of hope for all the prisoners in Turkey who are jailed on the basis of expressing their political or religious views.” Born in Lebanon and often traveling across the Mideast, Keyrouz affirms others’ concerns. ”I’m not sure how empowering it is for Christians in Turkey today,” she says. “There needs to be a lot more done.”

IDC stands for a religiously diverse Middle East. The nonprofit group has publicly called out Turkey’s human rights violations even when few U.S. groups have. After such statements, they reported earlier this year that hackers linked to Turkey committed cyber-attacks and brought down their website.

“Several factors indicated that Turkish agents were behind the cyber-attacks on IDC,” says Keyrouz. “The Turkish flag was left on our homepage, and some personal social media accounts were approached by Turkish politicians after being hacked. No further leads were tracked down due to the professionalism of the hackers.”

Such double-dealing is a far cry from the religious heritage once upheld in the nation. IDC notes that the city of Antioch (modern-day Antakia, Turkey) was where followers of Christ were called ‘Christians’ for the first time.

“Modern-day Turkey is a majority-Muslim country where Christians have become a very small persecuted minority,” states Neyrouz. “This is only due to the ongoing targeting [of] these indigenous people.”

Religious Freedom for All Faiths

Evangelical leaders were quick to note their concern for religious minorities beyond the Judeo-Christian tradition. “Christians should support religious freedom in society for all people of all faiths,” said Travis Weber of Family Research Council (FRC).

He regularly speaks in U.S. churches about religious freedom. “People are going to differ on matters of spirituality. We do not want to coerce anyone on spiritual matters, so we should not seek to use the law to do so either.”

He notes FRC’s mission to uphold religious freedom, both in the U.S. and abroad. “There is work cut out for us in terms of this principle being understood and implemented by societies worldwide, which includes Turkey,” he adds.

An author and missionary to Mideast nations, Joel Richardson travels often in and around Turkey. He puts a finer point on Turkey’s struggles under President Erdogan.

”This is definitely an example of success on the part of the Trump administration. Unfortunately, it’s not going to change the increasingly dictatorial nature of the current Turkish regime.” – author Joel Richardson

“Turkey is responsible currently for the imprisonment or disappearance of literally tens of thousands of its own citizens,” says Richardson. “I expect to see the noose continue to tighten around other minorities in Turkey.”

He cites Turkey Purge, a website run by journalists in exile which tracks human rights abuses. “Whether we are talking about Christians or Kurds or secularists, this current regime does not tolerate dissent,” he notes.

Could Persecution Help the Church?

Despite misgivings about Turkey, the leaders are clear in their enthusiasm over Brunson’s release. “This is definitely an example of success on the part of the Trump administration,” says Richardson.

“Their public pressure and negotiation skills came through,” he added. “Unfortunately, it’s not going to change the increasingly dictatorial nature of the current Turkish regime.”

Coming out of the courtroom in Turkey, Weber spoke with several members of Izmir Resurrection Church. Brunson had pastored there for two decades. Now his congregation must find a new pastor, as he is barred from returning to Turkey.

“They wanted to support Pastor Brunson through this ordeal,” said Weber. “They’re trying to go on with life. It struck me, because I assumed it would have hit them a bit more. They’re still living here in Turkey and going about as they always have.”

However, Bible teacher Joel Richardson sees a silver lining despite the ongoing persecution. “As much as it is a terrible thing to be a Christian in Turkey, with a dark shadow creeping over the nation, the people feel the negative impact of an Islamist dictatorship,” he states.

“In the long term, I believe it will stir a much deeper desire for Jesus,” concludes Richardson. “This was certainly the long-term effect of the Iranian revolution, and it could have the same effect in Turkey.”

Explore The Stream’s complete coverage of foreign policy issues. Sign up to receive top stories every week via e-mail.