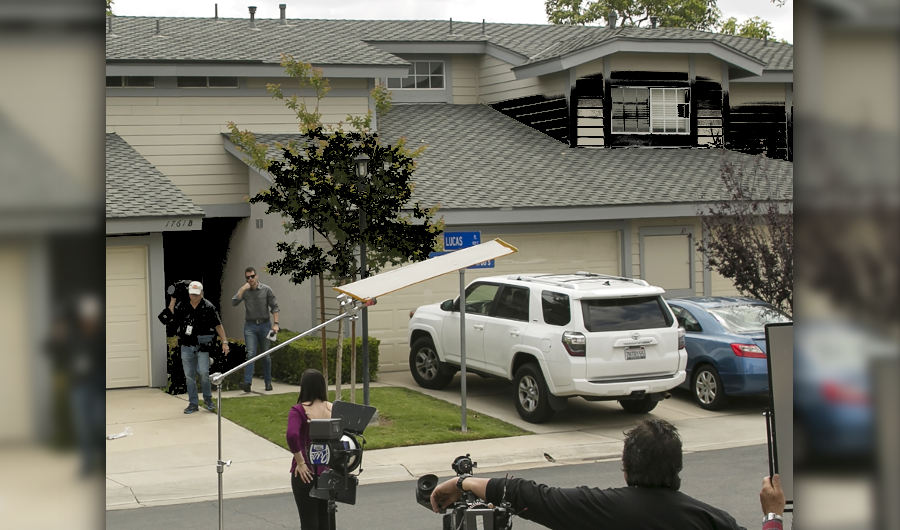 Members of the media stand outside the home of Syed Raheel Farook, the elder brother of San Bernardino gunman Syed Rizwan Farook, after the FBI served a warrant to the location, in Corona, Calif., Thursday, April 28, 2016. Syed Raheel Farook was arrested with two others Thursday in what prosecutors say was a marriage scheme to fraudulently allow one of them to remain in the United States.

This article is available to read at the Associated Press Archive Link here: http://www.apnewsarchive.com/2016/Three-people-closely-tied-to-the-couple-responsible-for-the-San-Bernardino-terror-attack-were-arrested-Thursday-in-an-alleged-marriage-fraud-scheme-involving-a-pair-of-Russian-sisters/id-1b7c696beae1469e9839096f2a481d3f