The impending clash between feminism and transgenderism. 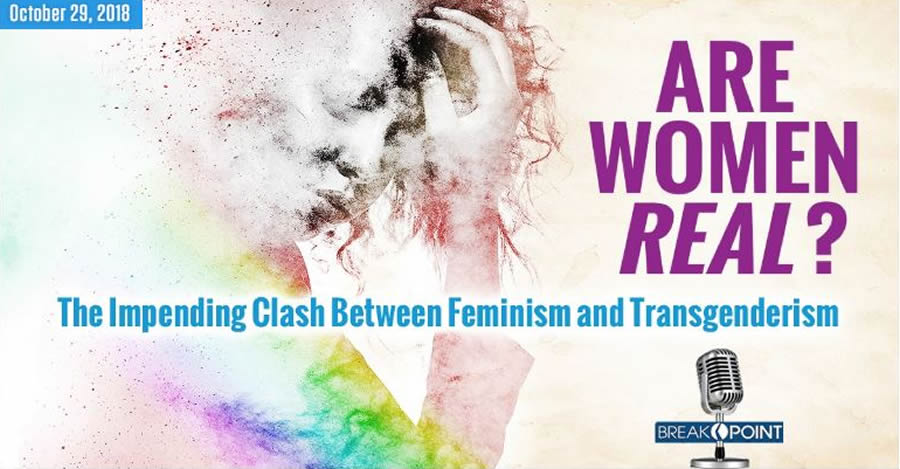 A war is a-brewing … between those who have long battled for women’s rights and activists who deny the biological realities of sex and gender.

Feminism claims that women have been uniquely oppressed and marginalized throughout history and remain so today. Many historians and social observers refer to how differently that oppression is understood by what are called the different “waves” of feminism. Still, according to most feminists, the experience of women can never be fully understood by men, because of the privilege they enjoy. The more recent #MeToo movement does not distinctly belong to feminism, but has also been fueled by widespread revelations of sexual harassment perpetuated by powerful men.

At the same time now transgenderism has arrived on the scene, advancing the claim that some men are women, and many in that movement claim that these men deserve women’s rights. I’m sure you can see the problem.

Writing at the Washington Post, retired history professor Victoria Bissell Brown recently expressed the feminist side of this conflict. Outraged at the confirmation of Judge Brett Kavanaugh to the Supreme Court, she described how a careless remark from her husband set her off. She yelled at him for a solid half hour. At that moment, Brown wrote, her husband represented every clueless male on the planet, and so she told him “I hate all men and wish all men were dead.”

A “gender war” has broken out, she says, “rising on the torrent of memories that every woman has” of being abused, “dismissed, disdained, [and] distrusted.”

It’s impossible to imagine how her anger, even if misguided, can possibly be reconciled with another progressive movement that redefines the very concept of “woman” so thoroughly that it must include men.

The clash is popping up all over the place. For example, in women’s sports. Earlier this month, Rachel McKinnon, a philosophy professor at the College of Charleston in South Carolina, won the women’s 2018 UCI Masters world cycling championship against all-female competition.

Jennifer Wagner, who came in third, dared to question the results, retweeting one commentator who memorably described a man taking first place in women’s sports as “febrile madness.”

She’s absolutely right. There’s a reason women’s sports exist. Men — on average — have a significant biological edge over women in strength, speed, and stamina. Males have much higher levels of testosterone — the most common hormone athletes are disqualified for injecting artificially. Someone who doped up with testosterone would be immediately disqualified. Why on earth would someone with a biologically doped-up body be allowed to compete against women?

Transgenderism also clashes with the feminist idea that womanhood is something no man can ever experience. But that doesn’t stop many progressives from trying to hold the two together, on one hand insisting that men can never understand women’s struggle and at the same time insisting that men can become women.

Of course there’s another option out there. The first chapters of the Bible suggest that sex and gender is neither a battle line nor a revolving door, but an intrinsic and good feature of human nature, that together magnifies the divine image which both men and women bear.

This real and good difference is not only a sound basis both for protecting women from men who want to either abuse or impersonate them, but also for building a culture in which the two genders aren’t at war.