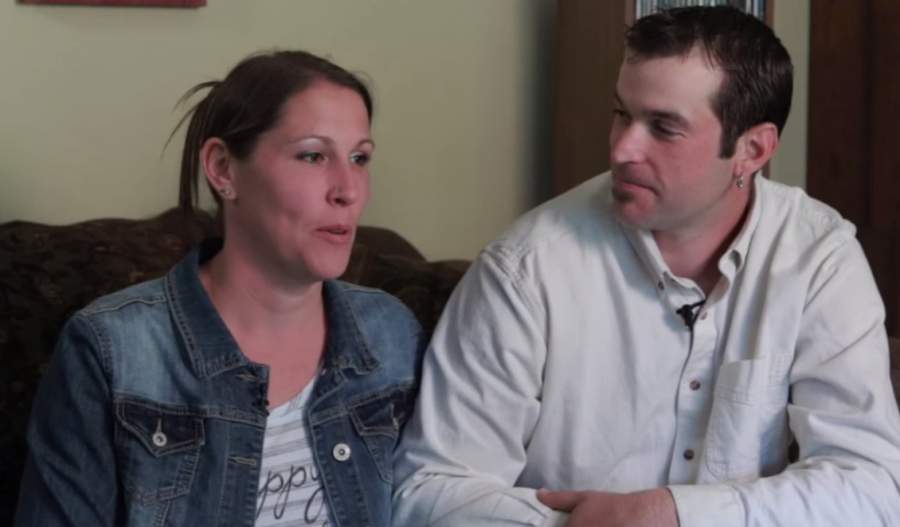 Aaron and Melissa Klein, the Oregon bakers who refused to make a cake for the wedding of two women, filed new documents Thursday with the Oregon Court of Appeals in response to the same-sex couple’s arguments that the Kleins had no legal right to refuse them service.

“We are hopeful that these judges will understand that [Oregon officials] violated Aaron and Melissa’s rights, including rights of free speech and due process that judges tend to respect regardless of judicial philosophy,” Ken Klukowski, a lawyer for the bakers, said.

In the new brief, the Kleins’ lawyers challenge the argument that the government can force citizens to create art and engage in speech that goes against their religious beliefs.

“None of this would have happened had everyone simply lived in peace according to their own beliefs,” Klukowski, senior counsel for First Liberty Institute, a conservative legal group representing the Kleins, told The Daily Signal.

The Kleins initially filed their appeal in April, challenging the July 2015 decision by the Oregon Bureau of Labor and Services that they had discriminated against Rachel and Laurel Bowman-Cryer, the lesbian couple who the Kleins declined to serve.

An administrative judge for the state agency ordered the Kleins to pay the Bowman-Cryers $135,000 for physical, emotional, and mental damages.

The Bowman-Cryers, responding to the appeal to Oregon’s second-highest court, argued the agency’s ruling should stand.

The Kleins’ new legal brief was the last step before both parties head to the appeals court for oral arguments.

The Kleins paid the ordered $135,000 in damages — plus interest — in December. The Bowman-Cryers have not received the money, which is being held in a separate account by the Oregon Bureau of Labor and Industries until the appeals process plays out.

The dispute began in January 2013, when Aaron Klein told Rachel Cryer that the Kleins’ bakery, Sweet Cakes by Melissa, would not make the wedding cake after learning it was for two women.

The Kleins are Christians and say they believe marriage is the union of one man and one woman.

The Bowman-Cryers, now married, filed a complaint with the Oregon Bureau of Labor and Industries under the state’s public accommodation law, which bans discrimination based on sexual orientation.

The Oregon agency pursued charges against the Kleins on behalf of the same-sex couple.

Up until recently, the Bowman-Cryers had not spoken publicly about their case, and declined multiple interview requests from The Daily Signal through their lawyers.

But on Tuesday, the couple broke their silence.

“In recent months we’ve decided to speak out for one primary reason,” Rachel and Laurel Bowman-Cryer wrote in The Advocate, a publication focused on LGBT issues. “We don’t want any person or family to go what we’ve gone through. Every family deserves respect, dignity, and a life free from discrimination and harassment.”

The couple also shared why they got married:

Part of the reason we decided to get married in the first place was to provide stability for our daughters. Before we became engaged, we became foster parents for two very high-needs girls after their mother, a close friend of ours, died suddenly. Lizzy, now 9, has cerebral palsy, autism, and a chromosomal disorder that causes developmental delays. Anastasia, now 7, has Asperger’s and stopped speaking when her mother died.

While the case wound its way through the courts, we won full adoptive custody of Lizzy and Anastasia, and they are the light of our lives.

For their part, Aaron and Melissa Klein chose to participate in some media interviews, including with The Daily Signal. The couple also launched a fundraising account that has brought in close to $500,000.

In their article, the Bowman-Cryers described the Kleins’ as “media darlings of the right wing.”

In interviews with The Daily Signal, Melissa Klein became emotional describing the hardships the family of seven also has faced because of the case, including closure of the bakery. (The Daily Signal documented some of the backlash here.)

Klukowski, the lawyer who represents the Kleins, said the couple “never wanted to have to go through this ordeal” and had sought only “to run their little bakery consistent with their Christian faith as their ministry to their neighborhood.”

He said in an email to The Daily Signal:

Leftist media outlets have grossly and irresponsibly exaggerated the amount the Kleins received when generous Americans heard that the Kleins’ business was being driven into the ground due to this case, and $135,000 from that generosity had to be turned over to the [Oregon Bureau of Labor and Services] to hold in escrow in order for this appeal to be pursued.

Aaron and Melissa continue to suffer from lack of good job opportunities, and lack of educational opportunities for their children, because of the government’s draconian pursuit of them and their family, aided by the relentless mocking and derision of liberal media outlets and intolerant activists, fueling ongoing hurtful attacks on their family.

Lawyers for the Kleins said the case likely will go on regardless of the decision by the Oregon Court of Appeals, perhaps all the way to the U.S. Supreme Court.