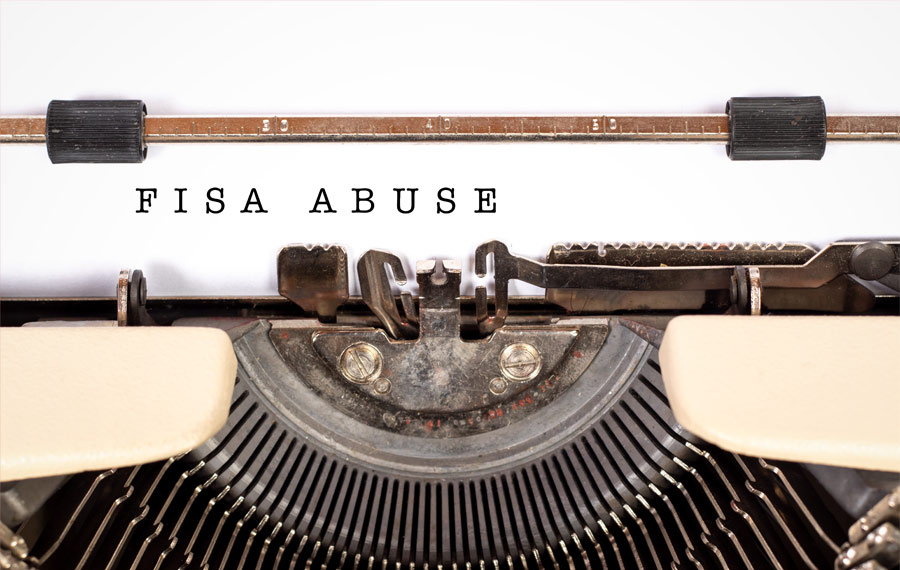 On Wednesday night’s Ingraham Angle, there was a magnificent discussion about the sham Trump investigation with Rudy Giuliani, Joe diGenova and former Whitewater independent counsel Robert Ray that absolutely must not be missed. And I say that not because I was subbing for Laura Ingraham at the time.

After being on defense — with his hands legally tied — for the first two years of his Presidency, President Trump is finally able to go on offense, as he can no longer be accused of “interfering with the Russia investigation.”

But something else is afoot as well. According to diGenova, and here is the tremendous breaking news: The FISA court has been looking into abuses of the FISA system and has communicated with the Justice Department about its findings. Their chief judge has already determined that for more than four years before the election of Donald Trump, there was an illegal spying operation (yes, spying — and, yes, illegal) going on by four FBI contractors to break the law to steal personal electronic information about American citizens and to use it against the Republican Party.

It might be good to go back and read that last sentence again, slowly, and let it sink in.

The people heading up the Justice Department at that time — including Attorney General (AG) Sally Yates and Assistant AG John Carlin — apparently knew about it and lied to the FISA court. It seems that by the time they withheld the political origins of Christopher Steele’s Trump “dossier” to the court, it was already business as usual to deceive those judges, who no doubt have steam coming out of their ears.

There will be grand juries and indictments, according to diGenova, who knows how this works because he happens to have been one of the original lawyers on the FISA court. He said, “John Brennan isn’t going to need one lawyer — he’s going to need five.”

So, if the Obama FBI was conducting these kinds of abuses all that time, we’ve got a serious violation of civil liberties on our hands. As I pointed out on the show, this revelation brings home what Jared Kushner was saying the other day about the investigation into Trump causing more damage than the Russians did.

Civil libertarians should be enraged. “I think the investigation is going to end up being very, very intense,” Giuliani said. He added, “I agree that Attorney General Barr is exactly the right guy to do it. He’s got a great sense of justice … What they did with this court is an outrage, and it’s got to be corrected because we all can be invaded like this.”

DiGenova said that in addition to Inspector General Michael Horowitz’s report, which is expected out in May or early June, there’s another big one scheduled to drop in two weeks: the one just on James Comey. This one will be “a bombshell,” he said (and, unlike the hacks at CNN and MSNBC, he doesn’t throw that word around lightly). “It’s going to open up the investigation on a very high note, and there will be criminal referrals in it.”

Keep in mind, the misuse of the FISA court is central to this entire governmental abuse of power. It can be weaponized to go after political enemies, as happened with Trump, and it can also be used to gather information on you and me. This investigation could lead far beyond the uncovering of political hanky-panky, although that is tremendously important. It could lead to an entire refiguring of the FISA process, maybe even an end to the FISA court.

For the Love of Hillary

Something occurred to me, hearing about these findings. We’ve all read commentaries in which it was said that these people high up in the government “love” Hillary. Not just that they supported her, but that they literally love her. I didn’t doubt this, but it always made me wonder, “Why would they love her? Most people just can’t warm up to her. That’s the main reason she just couldn’t pull it off in 2016.

So, why on earth would they love her?” And now we know. The corruption we’re seeing at work in our bureaucracy is exactly the kind of nefarious activity that has accompanied Hillary her whole political life. Are you old enough to remember Craig Livingstone and the FBI files she had in the White House when Bill was President? Would Hillary think twice before spying on anyone who stood in her way? Heck, no. She’s cut from the same cloth as these people, and that’s why they love her.

Giuliani made the point that the FISA applications have to be taken very seriously, as they can’t be contested by the other side. “You just don’t sign those things cavalierly,” he said. The information in them must be verified. But he said it’s obvious in just the first couple of pages that the Steele “dossier” is just a pile of garbage and that Comey could have easily checked to see if there was truth to its major claims, such as that Michael Cohen went to Prague. Comey didn’t even bother to call the passport office.

Because the “dossier” suited their purposes, they obviously didn’t care whether it was true or not. “We call that being ‘grossly negligent,’” Giuliani said. “You could not have read that as a trained professional and not become extremely suspicious. It reads like a lurid, silly novel.”

The Biggest Abuse of Power in Our Lifetimes

DiGenova went on to acknowledge a hero in this story — the one individual involved who is not a lawyer — and that is Admiral Mike Rogers. As head of the National Security Agency, he was the one who discovered the illegal spying. He personally briefed the chief FISA judge about it and worked with her for months, diGenova said, to find out who was involved in committing fraud on the court. Thanks to the actions of Rogers, this has moved forward. In fact, Bill Barr has already been given the information about who lied to them.

I know a lot of people are getting “scandal fatigue” and don’t want to keep hearing about investigations. But what happened here in the Obama Justice Department is likely the biggest abuse of power we’ve seen in our lifetimes. If allowed to continue, it could change the very concept of what it means to be an American.

If the highest levels of government can trample the constitutional process by which we elect a President, and step all over the President once that person is elected, imagine what it can do to you. Really, if the President of the United States can be steamrollered by powers within the government, then you’re not safe, either. You are in Big Brother world. That’s the world Hillary would have loved to be in charge of.

DiGenova wrote a great piece that delves into the machinations of Brennan, Clapper and (especially) Comey. It seems that many — dare I say “countless”? — FBI agents thought little of Comey. In fact, they called him “the Cardinal” because of his arrogance and moral pomposity. Here’s the link…

And if you missed Wednesday’s Ingraham Angle, you’ve really got to see it. Not because I’m on it. Well, maybe just a little bit.