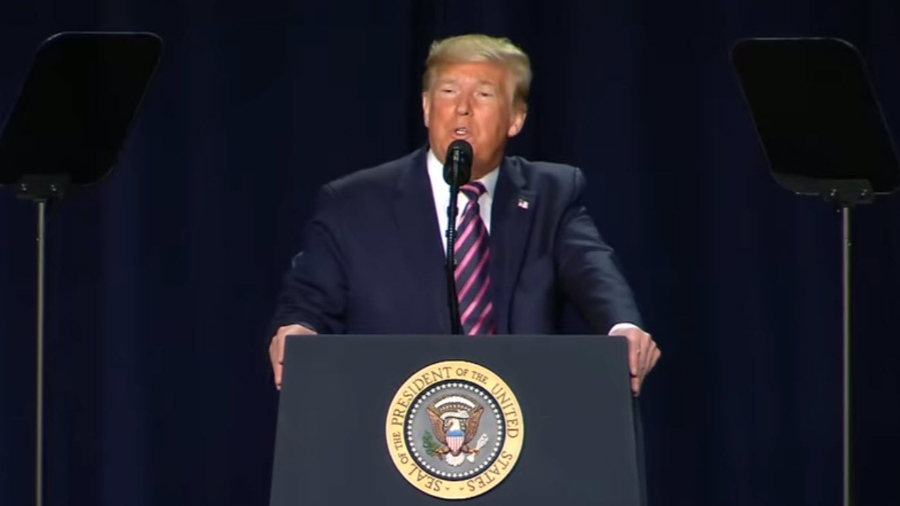 If there were ever a time the nation needed prayer, it’s now. The morning after America’s long impeachment nightmare finally came to an end, Minority Leader Kevin McCarthy (R-Calif.) spoke for everyone when he said at Thursday’s National Prayer Breakfast, “The Lord works in mysterious ways. I do not think he could have picked a better day to bring us all together.”

It was a poignant reminder for everyone, including the two most prominent people on the dais. Hours after the Senate voted to acquit him, Donald Trump sat five seats away from the woman who not only ripped up his State of the Union speech on live television, but plunged the nation into these months of turmoil to begin with.

Still, Harvard’s Arthur Brooks said, “[The same Jesus] who taught us to love God taught us to love each other.” Hoping to use the moment to call for healing, he insisted the biggest crisis facing our nation is the “crisis of contempt and polarization.” It’s tearing our society apart, he urged. But in this crisis, Brooks encouraged, “resides the greatest opportunity we have ever had as people of faith to lift our nations up and to bring our people together.”

As the president admitted later, that wasn’t the easiest message to swallow. Behind the bravado, most Americans probably don’t realize what a difficult time this has been for him. “As everybody knows, my family, our great country, and your president have been put through a terrible ordeal…” he said when he took to the podium. “They have done everything possible to destroy us and by so doing, very badly hurt our nation. They know what they are doing is wrong, but they put themselves far ahead of our great country. So many people have been hurt,” he admitted, “and we can’t let that go on.”

Looking at Brooks, he acknowledged how hard the message of forgiveness can be. “I’m sorry,” the president said with humility. “I apologize. I am trying to learn… It’s not easy. When they impeach you for nothing, and you’re supposed to like them, it’s not easy, folks. I do my best,” he said. “I’m working very hard for you, I will tell you,” he had started. Then, to laughter, “And sometimes you don’t make it easy, and I certainly don’t make it easy on you.”

But then, the president launched into the reasons that he hasn’t just made it easy on Americans — he’s made it possible for Americans to live openly and authentically. “All of us here today reaffirm these timeless truths: Faith keeps us free. Prayer makes us strong. And God alone is the author of life and the giver of grace. … In everything we do, we are creating a culture that protects freedom, and that includes religious freedom. … So much of the greatness we have achieved, the mysteries we’ve unlocked, and the wonders we’ve built, the challenges we’ve met, and the incredible heights that we’ve reached has come from the faith of our families and the prayers of our people.”

We can talk about the Johnson amendment, he said. “We can talk about Mexico City Policy. … But I also recently took executive action to stop taxpayer dollars from going to colleges and universities that spread the poison of anti-Semitism and bad things about Christianity. We are upholding the sanctity of life. And we are doing that like nobody has ever done it before from this position.”

But, the president insisted, there is “something which wasn’t done nearly enough — I could almost say wasn’t done at all” before his administration: “We are standing up for persecuted Christians and religious minorities all around the world.”

For more on the 68th National Prayer Breakfast, check out my appearance on Fox News earlier today.

Tony Perkins’s Washington Update is written with the aid of FRC senior writers.