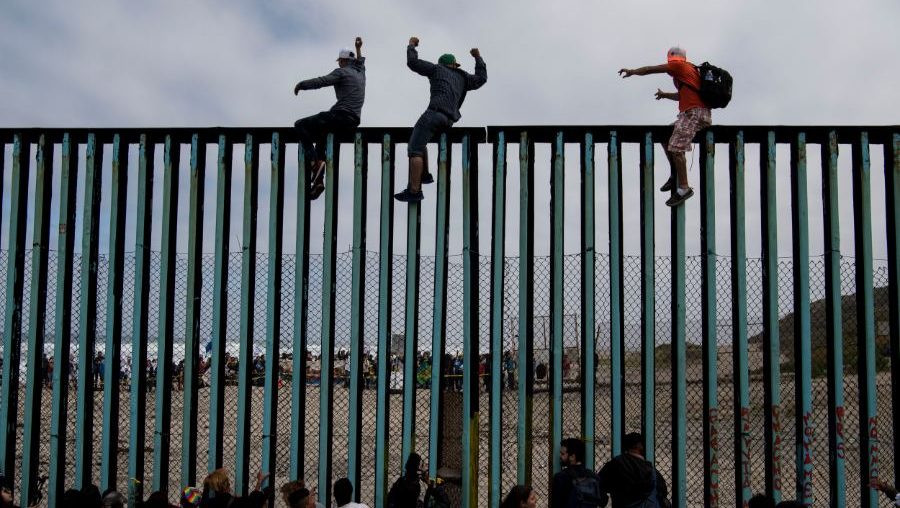 America is facing an unprecedented surge in illegal immigration, but it seems House Democrats would rather block every proposed solution than act to fix the border. It’s time for them to do their jobs.

Our southern border is facing a massive wave of immigration, mostly comprised of migrants from Guatemala, El Salvador, and Honduras seeking asylum in the United States. Yet Washington has refused for months to act in a sufficient way to help our law enforcement or provide reforms to the asylum process.

Contrary to Democratic claims of a “manufactured crisis,” the current wave of migration is unprecedented. Our law enforcement agents at the border made 132,887 border apprehensions in May 2019 — 330% higher than the same month in 2018, and 915% higher than in 2017.

We are on track for 1 million border apprehensions this year. That would be the largest year-over-year increase of illegal immigration in our nation’s history.

Former Homeland Security chief Jeh Johnson admitted we were in a crisis nearly three months ago. Even the liberal New York Times editorial board called for an emergency border funding package.

So why haven’t Democratic leaders acknowledged the emergency, even when four-fifths of Americans say the border is a crisis or serious problem?

It seems lawmakers on the left don’t feel an urgent need to help our hard-working law enforcement, keep our border secure, or provide humanitarian aid for immigrants caught in the morass at our border.

Early reports now indicate that a congressional deal for the White House’s $4.5 billion humanitarian request could be found within the week.

While politicians bicker over a thousand miles away from the border, our law enforcement agents are crying for help.

Unfortunately, Democratic leadership has introduced poison pill provisions in the House version, which would restrict the ability of law enforcement to remove illegal aliens and would not include funds for detention beds.

The Steps We Need to Take

While passing the president’s requested humanitarian supplemental and providing much-needed funds for Health and Human Services is an important first step, continually passing piecemeal supplementals is only a Band-Aid fix. There will still be more work to get done.

The first step should be giving our law enforcement and judicial systems the funding and tools they need to do their job, process asylum-seekers and migrants, and secure the border.

More than 1 million individuals in the country have been ordered by our courts to leave, but our immigration agencies don’t have the funding or manpower to enforce the law. That can’t go on.

Second, Congress must reform our asylum process, the root of this wave of mass migration.

Most asylum-seekers do not qualify for asylum in immigration courts, yet under current procedures, every seeker must be allowed into the country.

Once they arrive, two-fifths never show up for their court hearings. And when it comes to actual removal hearings, even less show. According to the Department of Homeland Security, 90% of asylum-seekers skipped out on such hearings in a recently instituted program.

A major driver of mass family migration is the knowledge that if you come with a child or claim asylum, you can likely stay as long as you’d like.

By necessity, Homeland Security makes it a priority to remove family units that have exhausted all legal remedies and have been ordered removed — in other words, people with no legal right to be in this country.

Instead of allowing migrants to abuse the system, Congress should instead close the loopholes and focus on helping legitimate refugees. That means ensuring more asylum-seekers stay in Mexico to await hearings instead of coming to overpacked, underfunded U.S. detention centers.

Finally, Congress has to fund border security. Those on the left may not like it, but we have to control our border and enforce our laws. Our current crisis has made that abundantly clear.

The strain on our detention facilities is largely caused by the record number of illegal border crossings. No amount of diplomacy will stop that—only a secure border and well-funded law enforcement can.

While politicians bicker over a thousand miles away from the border, our law enforcement agents are crying for help.

A border emergency is no time for Congress to sit on its hands and play partisan games with our national security. It’s time for Democrats to join the table with Republicans to fix this crisis.

Jessica Anderson is vice president of Heritage Action. Previously, she served as associate director of intergovernmental affairs and strategic initiatives at the Office of Management and Budget in the Trump administration. Follow her @JessAnderson2.