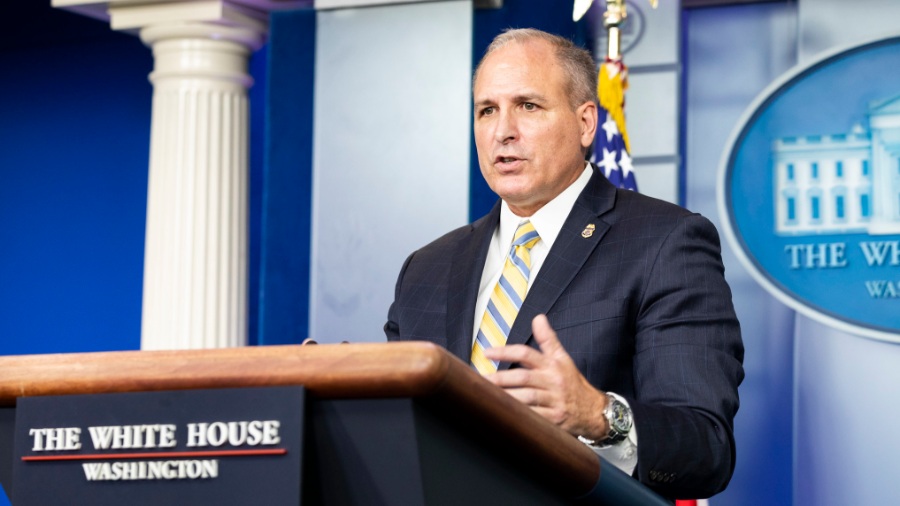 Customs and Border Protection officers rescued nearly 5,000 illegal immigrants from danger, while also greatly increasing the capture of illicit drugs and weapons smuggled into the country at the southwest border, according to numbers for fiscal year 2019 released Tuesday.

CBP reported that it seized about 750,000 pounds of illegal drugs. Seizures in every drug category except marijuana rose in fiscal 2019, which ended Sept. 30.

Customs and Border Protection also captured more than $75 million in counterfeit currency and more than 1,700 weapons smuggled into the country. That marked an increase of 300% for guns over fiscal 2018.

“Still, in the midst of this turmoil, and under extraordinary, challenging circumstances, our agents went above and beyond, rescuing people at risk of drowning in rivers and canals, dying in the desert, or abandoned in locked tractor-trailers,” acting CBP Commissioner Mark Morgan said Tuesday at a press conference in El Paso, Texas.

The government also has made progress on construction of the border wall, finishing 76 miles and on track to complete 450 miles by the end of 2020.

“This new barrier is essential to our nation’s border security,” Morgan said. “By the end of 2020, CBP expects to have completed 450 miles of new border wall system. We will also have an additional 59 miles under construction in high-priority locations across the southwest border, pending real estate availability.”

“During fiscal year 2019, CBP’s enforcement actions on the southwest border totaled nearly 860,000,” Morgan said during the El Paso event, held in front of a border wall. “Furthermore, we have proof that nearly 150,000 people ‘got away’ from us, because too many of our agents were pulled off the line to cope with the crisis.”

Border Patrol made 976 arrests of criminals and gang members, a 20% increase from fiscal 2018.

I’m a US Citizen Living in Honduras. Here’s What I Think About the Caravan.