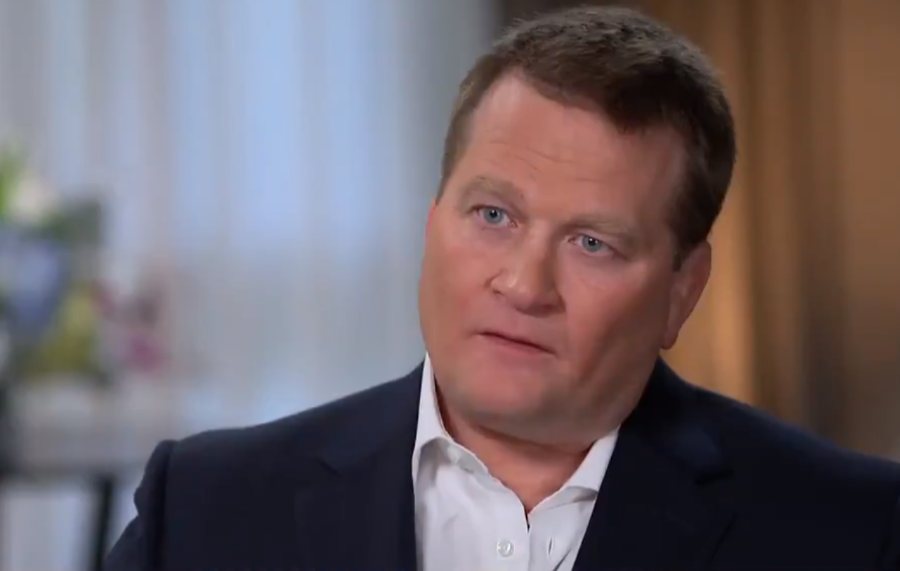 NOTE: Because the following story relates to the Biden “family business” scandal, it should be mentioned once again that this is NOT Russian disinformation.

Tucker Carlson had an exclusive interview Tuesday night with former Biden business associate Tony Bobulinski, who was recruited by the Bidens to “do the math” and structure their deals. He said he has to come forward out of his patriotic duty, having nothing to gain except to salvage his own good name, as he’s being tarred, ridiculously, as an agent of “Russian disinformation.”

Killing the Story — It’s About Joe

One might ask, “Well, why is he going on FOX News to do this?” The answer: Virtually everyone else is ignoring this story. Where else is he going to go?

As Tucker said, “Never in American history have more power centers in this country aligned to kill a legitimate news story in the days before an election.” He hinted at “an extraordinary attempt” made Monday night to interfere with FOX News’ reporting of the Biden story and said details would be coming.

“Never in American history have more power centers in this country aligned to kill a legitimate news story in the days before an election.”

The main point Tucker wanted to make with the Bobulinski interview is that this scandal is not about Hunter Biden, but about Joe Biden, the Democrat who might be elected President of the United States in a matter of days. “Joe Biden,” Tucker said, “had direct personal involvement with his family’s business dealings in Communist China, and likely in other countries as well.”

And it’s true. Joe Biden denies he ever even spoke to his son about those foreign deals, but we know without a doubt that he is lying. There’s plenty of evidence documenting this.

As the story unfolds, Bobulinski received a proposal on Christmas Eve 2015 from English businessman James Gilliar in a text saying, “There will be a deal between one of the most prominent families from U.S. and them constructed by me.” This was the deal involving Chinese energy company CEFC. A lot of work had apparently been done during 2015 to put this deal together, and it was moving forward. “One of the most prominent families” was the Biden family — not Hunter or James, but the “entire family legacy,” meaning, of course, Vice President Joe Biden.

Moving forward to 2017, Bobulinski was asked by Rob Walker, who was a partner in the Biden-connected investment firm Rosemont Seneca and had been working to develop the CEFC deal, to “sit down with their father [Joe Biden], just to meet him and, at a high level, discuss the Biden family and how they approached things.” He added that Walker was involved in the family’s participation with the Chinese in Sinohawk and was a self-described “proxy” for the Biden family around the world.

Bobulinski and Joe Biden met very late on May 2, 2017, in Los Angeles in a dark bar (which struck him as surreptitious) at the Beverly Hilton during the Milken Conference, which he described as “one of the top three conferences in the world for anybody that’s a global investor or developing different humanitarian causes and a variety of things.” Hunter and James had carved out a time for them to talk not so much in detail about business, but just about his own background and what he could bring to the table. “… They were sort of wining and dining me,” he said, “and presenting the strength of the Biden family, to get me more engaged [to] take on the CEO role and develop Sinohawk, both in the United States and around the world, in partnership with CEFC.”

“There was no other reason for me to be in that bar,” he said, “meeting Joe Biden, than to discuss what I was doing with his family’s name in the Chinese CEFC.”

This was direct involvement in the “family business” on the part of Joe Biden — so it was a blatant lie that he never discussed it with Hunter.

Recall that Bobulinski attended the last debate between Biden and President Trump. He told Tucker that when Biden was still denying his involvement during the debate, he almost stood up and yelled, “Liar!” He stressed that he had just been “brought in to run this company,” was personally “irrelevant,” and had “been exposed to all of this fact” and believes “the American people should see this fact.” He’s got dates, times, meetings and many emails generated not by him, but by others within the business. “The FBI can interview THEM,” he said.

“But I was shocked,” he continued, “that not only is the media [not] discussing this, but they’re going to the other extreme — they’re dismissing it as ‘Russian disinformation’ … it’s just absurd.”

The Family Legacy On The Line

He’d much prefer the Biden family present these facts, but they obviously won’t, and when he told Rob Walker he would do it, Walker told him, “Tony. You’re just gonna bury all of us man.”

As he described it to Tucker, his initial meeting with Joe Biden was mostly an introduction, more about themselves personally than about the business. Biden thanked him for his military service. It was sort of a get-to-know-you thing, and an inducement by Hunter and James for Bobulinski to get involved in the family business.

“They were putting their entire family legacy on the line,” he said. “They knew exactly what they were doing. They were dealing with a Chinese-owned enterprise run by Chairman Ye, CEFC, that had strong financial support and political support from the Chinese Communist Party … That’s not my own words; it’s how they presented it to me and read me in on it.”

He said Hunter Biden seemed quite proud that he had this relationship with Chairman Ye and could get deals like this done around the world.

Bobulinski also talked about the now-familiar email from James Gilliar to him about “how the equity from the enterprise would be divvied up.” It’s “crystal clear” to him that “the big guy” who was supposed to get 10 percent (held by “H,” Hunter) is Joe Biden. Importantly, the final document that was drawn up hides Joe Biden’s 10 percent participation within his brother James’ share.

He said he’d anticipated that Joe Biden might run for President in the future and thought this kind of foreign involvement — especially with the Chinese — might be a political risk. When he asked James something like, “How are you getting away with this?” or “Aren’t you concerned …?,” James just chuckled and said two words.

There’s much more. Please watch the entire interview. Bobulinski has some choice words for Adam Schiff.

In related news, Hunter Biden served as the attorney defending an executive of CEFC (cozy) who was being investigated for spying for the CCP. There’s an audio recording from Hunter’s laptop in which he says, “I have another New York Times reporter calling about my representation of Patrick Ho — the [bleeping] spy-chief of China.” So we know Hunter was well aware of how murky the water was in which he swam.

Oh, and it gets worse.