After much pain and suffering, Venezuelan socialist leaders have conceded they cannot effectively run an economy. 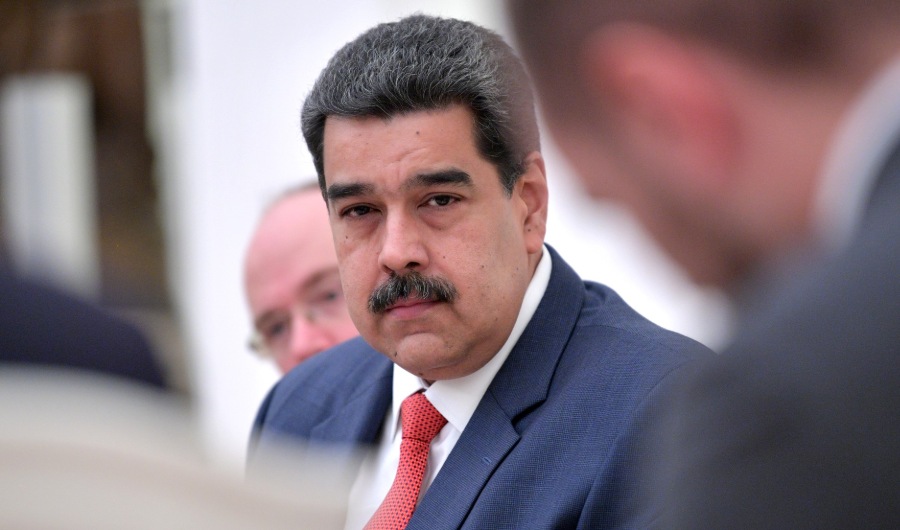 “All that was privatized, let it be nationalized,” announced Chávez, who had run under the banner of democratic socialism.

Nearly a decade and a half later, on the brink of mass famine and a growing energy crisis, Venezuela is now moving in the opposite direction.

According to Bloomberg News, Venezuelan president Nicolás Maduro has quietly begun transferring state assets back into the hands of private owners in an effort to reverse the country’s economic collapse.

“Saddled with hundreds of failed state companies in an economy barreling over a cliff, the Venezuelan government is abandoning socialist doctrine by offloading key enterprises to private investors, offering profit in exchange for a share of revenue or products,” write Caracas-based journalists Fabiola Zerpa and Nicolle Yapur.

The transfer, which was not announced publicly but was confirmed by “nine people with knowledge of the matter,” reportedly includes dozens of coffee processors, grain silos, and hotels that were confiscated as part of Venezuela’s widespread nationalization that began under Chavez.

In some ways, Venezuela’s plight is the most unlikely of stories.

In 1950, Venezuela was one of the most prosperous nations in the world. It ranked among the top 10 in GDP per capita and had a labor force with higher productivity than the United States.

Venezuela’s economic growth began to stall in the mid 1970s, however, after it nationalized the petroleum sector, which resulted in a surge of government revenue and public spending. It’s estimated that Venezuela brought in $7.6 billion in 1975 alone from nationalization ($37 billion in 2021 dollars). This led to an unprecedented surge of public spending. John Polga-Hecimovich, a professor of political science at the U.S. Naval Academy, said the Venezuelan government spent more from 1974 to 1979 than in its entire previous history.

Despite the growth in government spending, the political situation remained relatively steady. In the late 70s, University of Michigan political science professor Daniel H. Levine asserted that “Venezuelans have achieved one of the few stable competitive political orders in Latin America.”

However, Venezuela’s flirtation with socialism would eventually turn into a love affair.

In 1998, Venezuelans voted in Chavez, a populist and self-described Marxist. He was re-elected in 2000 (59.8% of the vote) and in 2006 (62.8%), at which point he began to nationalize various sectors of the economy — including agriculture, the steel industry, transportation and mining — and confiscating more than a thousand companies, farms and properties.

At the time of Chavez’s death, his socialist policies were heralded by Salon as an “economic miracle” — but in reality the Venezuelan economy was already in a free fall.

This is what socialism does to a country.

But remember: it started with "democratic" socialism. pic.twitter.com/jYhKHpYYpB

By 2014, with the price of oil collapsing, Maduro’s government admitted it was in severe recession and Venezuela was suffering from the highest inflation in the Americas. By January 2016, the country was on the verge of “complete economic collapse.” Not long after, the Venezuelan government abandoned any pretense of being a “democratic” regime.

A 2019 United Nations report concluded that there were “reasonable grounds to believe that” Maduro’s government had used special forces to kill thousands of political opponents in “extrajudicial executions.”

To date, it is believed that more than 5 million Venezuelans have fled the country to escape economic ruin and political oppression.

Privatization to the Rescue?

The collapse of Venezuela, once the most prosperous country in Latin America, is hardly a secret. But Maduro’s pivot toward private enterprise in an attempt to stabilize the collapsing country is a new revelation.

It’s not unprecedented, however.

“This process is similar to the privatization process in Russia in that assets are transferred to private local companies and to investors from countries allied to the government,” Asdrubal Oliveros, head of economic consultancy Ecoanalitica, told Bloomberg.

Rodrigo Agudo, head of the Venezuela Food Network, told the news agency that the regime instituted “a wild capitalism” by ceasing the collection of taxes on certain companies, liberalizing licensing on imports, and convincing military and other connected officials to invest in certain businesses.

Ramon Lobo, a lawmaker with the ruling socialist party and a former finance minister, said the arrangements tend to have time limits (usually less than 10 years) and work much like a concession. Companies are allowed to invest and manage the asset, with the government then taking a percentage.

“We believe this is positive because it is the synchronization of the public sector with the private sector,” said Lobo. “The state acts as a supervisor and receives compensation.”

Economic Fascism is Not Capitalism

In one sense, the revelation of Venezuela’s privatization push is a clear positive development.

Maduro’s effort to quietly form private-public partnerships, a strategy that began in 2017, reveals the total failure of Venezuela’s command economy. Bloomberg points out, for example, that once-successful food processing plants have been “mostly idle” since being seized by the government, plants that could have been feeding a starving population.

This revelation is both tragic and infuriating, but it’s not surprising. By their very nature, command economies are doomed to fail because they lack the basic incentive and price structures that are present in a market economy.

It seems that after much pain and suffering, even socialist leaders in Venezuela have conceded that they cannot run an economy with enough efficiency to avoid economic ruin.

“It is more than a metaphor to describe the price system as a kind of machinery for registering change, or a system of telecommunications which enables individual producers to watch merely the movements of a few pointers, as an engineer might watch the hands of a few dials, in order to adjust their activities to changes of which they may never know more than is reflected in the price movement,” the Nobel Laureate economist F.A. Hayek wrote.

Many might be tempted to think that Maduro was just a bad or stupid person. But Ludwig von Mises reminds us that the quest to find the right person to run a command economy is a futile one for this very reason.

“It has not been realized that even exceptionally gifted men of high character cannot solve the problems created by socialist control of industry,” Mises observed.

It seems that after much pain and suffering, even socialist leaders in Venezuela have conceded that they cannot run an economy with enough efficiency to avoid economic ruin. But while returning enterprises to private owners is a step in the right direction, it’s hardly accurate to call Maduro’s strategy “capitalism.”

The Maduro government is still using everything from price controls on food to minimum wage hikes to currency manipulation to manage its economy, not to mention selecting which businesses get to participate in its privatization efforts (and who gets to invest). In terms of overall economic freedom, Venezuela ranked 179 out of 180 countries in 2020 — one place ahead of North Korea and one behind Cuba.

At best, Venezuela’s current economic system is a form of fascism, which Sheldon Richman once described as “socialism with a capitalist veneer.”

So while applauding Venezuela’s small but important step, we should not lose sight of an observation from Nobel Laureate economist Vernon Smith, who in 2018 noted that prosperity would return almost at once to Venezuela if politicians repealed their harmful policies and unleashed the power of markets.