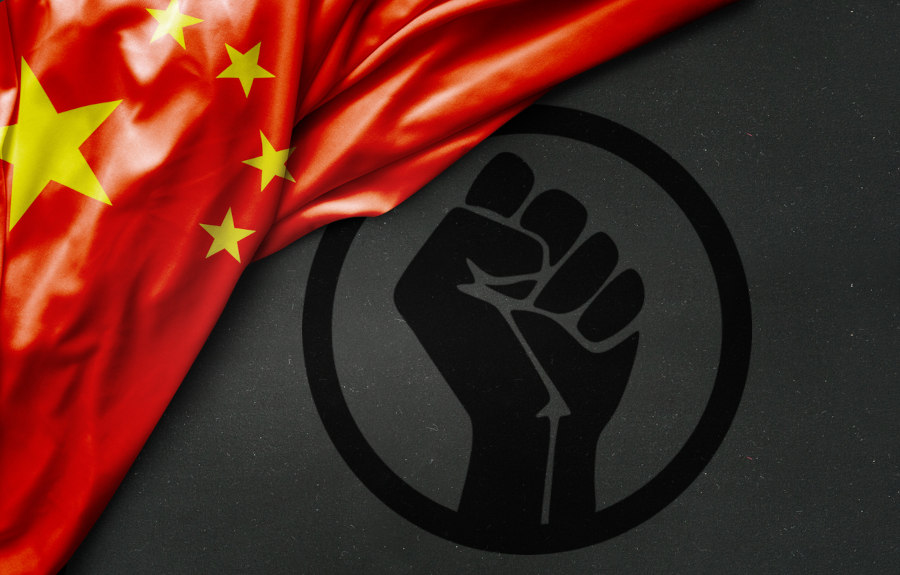 The “donate” button on Black Futures Lab’s website takes users to a donation page hosted by the CPA, which notes that “Black Futures Lab is a fiscally sponsored project of the Chinese Progressive Association.” The partnership between the two groups was first reported by the Daily Signal on Tuesday.

The CPA last year sponsored the raising of the Chinese flag over Boston City Hall to mark the 70th anniversary of the Chinese Communist Party creating the People’s Republic of China. The event sparked a protest from demonstrators opposed to the Chinese government’s actions in Hong Kong, 7News Boston reported at the time.

According to its mission statement, the CPA “educates, organizes and empowers the low income and working class immigrant Chinese community in San Francisco to build collective power with other oppressed communities to demand better living and working conditions and justice for all people.”

Black Futures Lab “is focused on collaborating with Black people, Black elected officials, and Black community-based organizations to build progressive political and legislative power in order to get us closer to having the communities and political power we deserve,” according to its website. Garza launched the organization in 2018.

Garza is a vocal opponent of American-style capitalism. She said in a 2015 speech that capitalism needs to be abolished in order for black lives to matter.

“It’s not possible for a world to emerge where black lives matter if it’s under capitalism,” she said in 2015 at the left-wing convention Left Forum. “And it’s not possible to abolish capitalism without a struggle against national oppression and gender oppression.”

One of Garza’s fellow co-founders of Black Lives Matter, Patrisse Cullors, described herself and Garza as “trained Marxists” in 2015 as well.

“Myself and Alicia in particular are trained organizers. We are trained Marxists. We are super-versed on, sort of, ideological theories,” Cullors said.

Neither the CPA nor Garza returned the Daily Caller News Foundation’s requests for comment for this article.