BLM Bites the Hands That Feed It This Christmas! 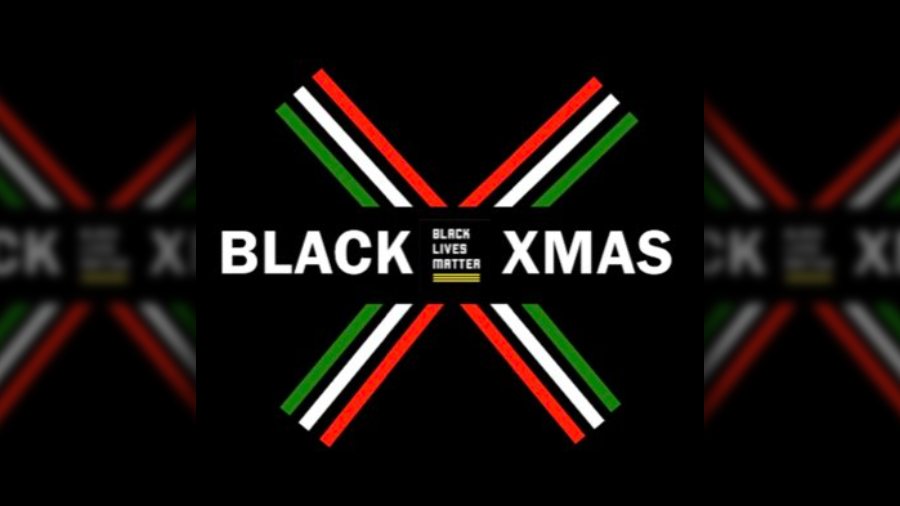 When Martin Luther King Jr., envisioned an America of equality in human dignity, he certainly didn’t anticipate racial lines being drawn around one of our country’s most sacred holidays. Sadly, that’s where we find ourselves today.

Corporate America is largely showing up in support for the Black Lives Matter organization, which is once again promoting its annual “#BlackXmas” campaign calling on shoppers to boycott “white capitalist” companies. That’s more than just bad business. At this moment, it’s actively underwriting the “War on Christmas.”

Many of the companies in BLM’s crosshairs are among the movement’s most generous and vocal supporters, meaning their support of the movement is serving as a form of self-sabotage at the most critical time of the year for many corporations, particularly retailers.

An Explosion of Donations

Last year, BLM’s parent organization — the one behind the “#BlackXmas” campaign — experienced an unprecedented explosion of donations as companies rushed to show their “solidarity” with the activists who were causing chaos and destruction to property to express their dissatisfaction with the status quo in America.

Rather than doing the difficult work of listening, engaging, and understanding that is required to make an effective, positive difference, companies such as DoorDash, FitBit, Amazon, and Microsoft issued highfalutin statements echoing BLM’s talking points and pledging financial support for the movement.

Even though many companies eventually chose to quietly donate to different organizations after learning more about the true intentions of BLM, such as disrupting “the Western-prescribed nuclear-family-structure,” their knee-jerk support for the movement undoubtedly encouraged many individuals to make their own donations.

By the end of 2020, the Black Lives Matter Global Network Foundation had raked in over $90 million and established its own official tax-exempt status with the IRS for the first time. This was not entirely the result of a spontaneous outpouring of support from ordinary citizens — it was in large part drive by the financial and rhetorical support of corporations and high-profile executives.

Presumably, these corporations derived some degree of goodwill from their target audience, which was of course their motivation all along. But at what cost? BLM is now “biting the hand that feeds it” by hitting its own corporate sponsors where it hurts the most — the bottom line.

An Assault on Christmas

For most retailers, the Christmas season is the time that determines whether they will make or lose money each year. The National Retail Federation says the holiday season accounts for 19 percent of total annual sales, on average, but notes that the figure can be higher for some retailers. For small- and medium-sized retailers, a single holiday season could easily determine whether they’re able to keep their doors open the following year.

As an organization with openly Marxist roots, BLM may not particularly care — the stated goal of its Christmas boycott campaign, after all, is to inflict economic pain on so-called “white capitalists.” But their campaign is also an assault on Christmas itself.

Over 90 percent of Americans celebrate Christmas in some form. While that doesn’t always have religious dimensions, even those who treat Christmas as a purely secular holiday generally see the Christmas season as a time for togetherness, charity, and “goodwill toward men.”

Politicizing Christmas — the way BLM tries to do with its “#BlackXmas” campaign — goes against the very spirit of the holiday. Christmas isn’t black or white; it represents hope for all of humanity.

Corporations are always eager to appropriate Christmas themes for their advertisements, and many of them rely heavily on the Christmas shopping season to keep themselves profitable. So why are so many of them continuing to support an organization that is trying to destroy them while also assaulting cherished American values?

War on Capitalism and Christmas

So far, none of BLM’s corporate sponsors have withdrawn their financial or rhetorical support from the organization — even the ones who promised money to BLM and ended up donating to other social justice advocates instead because they saw the truth about BLM.

Sadly, many corporations today are so eager to be perceived as supporting the far-left that they are willing to directly support an organization that has declared war on both capitalism and Christmas.

Ken Blackwell served as the mayor of Cincinnati, Ohio State Treasurer, and Ohio Secretary of State. He currently serves on the board of directors of the Club for Growth and is an adviser to the Family Research Council.