Blessed are Those Who Have Not Seen and Yet Believe 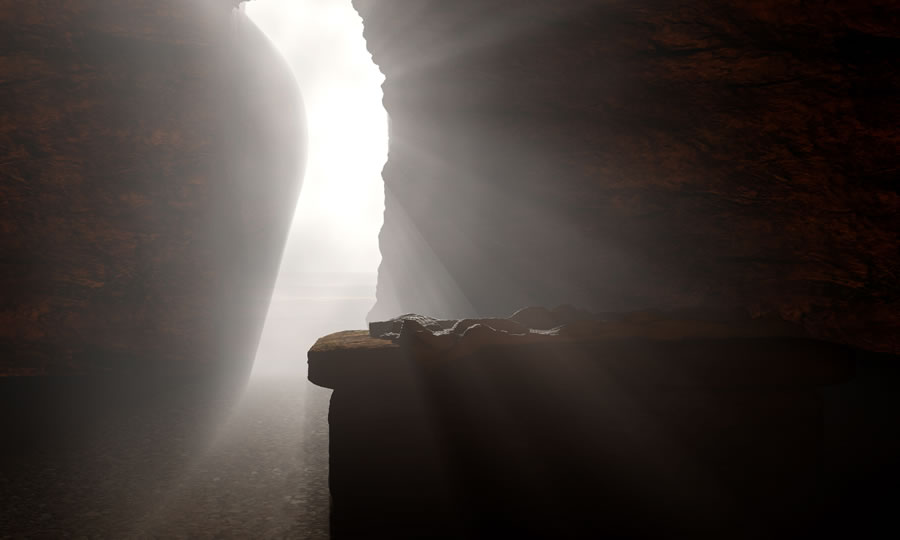 Despite popular opinion, faith isn’t believing without evidence. In fact, it’s the opposite. Biblical faith is trusting in what you have good evidence to believe is true. And there is plenty of biblical evidence to back this up.

There are some people, however, who have attempted to use the Bible to defend this false understanding of faith. The most common passage cited is the story of the risen Jesus appearing to Thomas. Outspoken atheist Richard Dawkins writes,

Another member of the religious meme complex is called faith. It means blind trust, in the absence of evidence, even in the teeth of evidence. The story of Doubting Thomas is told, not so that we shall admire Thomas, but so that we can admire the other apostles in comparison. Thomas demanded evidence. … The other apostles, whose faith was so strong that they did not need evidence, are held to us as worthy of imitation.[1]

We’re told that Thomas demanded evidence and the other disciples didn’t. Moreover, we should denounce the reasonable faith of the former and imitate the blind faith of the latter. After all, Jesus said, “Have you believed because you have seen me? Blessed are those who have not seen and yet have believed” (John 20:29). So, it is argued, the kind of faith endorsed by the Bible is baseless and unwarranted.

Ironically, this text actually teaches the exact opposite of what Dawkins and others believe. This is fairly easy to demonstrate.

Properly interpreting any isolated verse of Scripture requires an adequate understanding of its context.

Beginning at verse 19, John describes how Jesus appeared to the disciples in the upper room after His resurrection. However, we’re told that Thomas was not present. When Thomas finds out what happened, he does not believe the testimony of the disciples. Rather, he says, “Unless I see in His hands the imprint of the nails, and put my finger into the place of the nails, and put my hand into His side, I will not believe” (John 20:25).

At this point, Thomas has evidence for the resurrection: eyewitness testimony. Unfortunately, Thomas is not content with this evidence. He wants more.

Eight days later, his disciples were inside again, and Thomas was with them. Although the doors were locked, Jesus came and stood among them and said, “Peace be with you.” Then he said to Thomas, “Put your finger here, and see my hands; and put out your hand, and place it in my side. Do not disbelieve, but believe.” Thomas answered him, “My Lord and my God!” Jesus said to him, “Have you believed because you have seen me? Blessed are those who have not seen and yet have believed” (John 20:26-29).

Jesus’ response is very important. He describes two groups of people: those who see and believe, and those who never see and believe. All of the disciples saw the risen Jesus and believed.[2] However, the vast majority of Christians who have ever lived have not seen and have come to believe — including Christians alive today.

Doesn’t this mean that faith isn’t based on evidence? Absolutely not! We have a different kind of evidence. We don’t get to physically see and touch the wounds of the resurrected Christ, but we have the eyewitness testimony of those who did.

Most people stop reading at verse 29, but the next two verses are crucial in understanding how evidence and belief work together. Jesus just finished saying, “Blessed are those who have not seen and yet have believed.” Then John immediately comments,

Now Jesus did many other signs in the presence of the disciples, which are not written in this book; but these are written so that you may believe that Jesus is the Christ, the Son of God, and that by believing you may have life in his name.” (John 20:30-31; emphasis added.)[3]

John tells us that Jesus did many miracles that were never recorded, but these miracles — including Jesus’ resurrection appearances — are recorded so that we can read the evidence and respond in faith.

It’s ironic that people pick the story of doubting Thomas to show that evidence and belief are at odds since John includes the story for one simple reason: evidence for belief.

Biblical faith is based on evidence. That’s what the story of doubting Thomas is all about.

[2] The only disciple who believed before seeing the risen Christ was John. “Then the other disciple, who had reached the tomb first, also went in, and he saw and believed” (John 20:8).

[3] John writes something very similar at the beginning of his first epistle:

Notice again, John proclaimed the evidence — what they heard, saw, and touched — so that those who came after the disciples would believe and have fellowship with them.

Why Should We Use Evidence to Examine Christianity?

Chris Cuomo: ‘The Pro-Life Position is More About Faith and Feeling Than Fact’

What About All the Other Religions That Think They’re Right — Including Atheism?