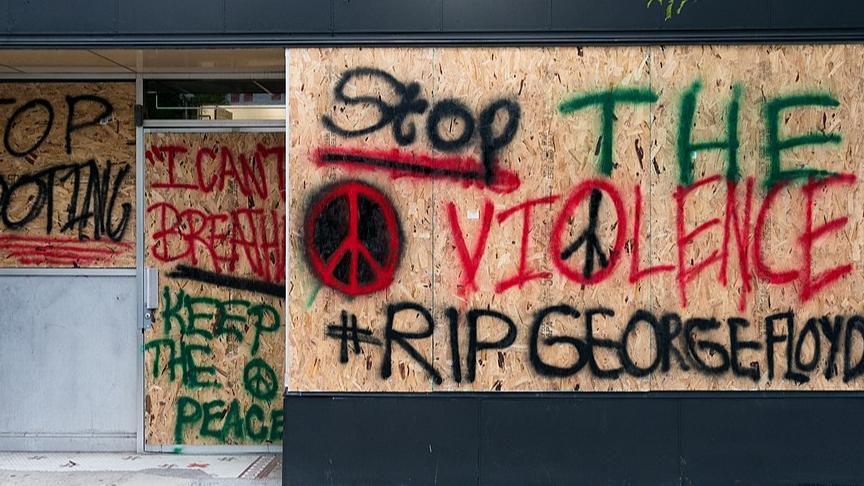 Democrats can try but won’t succeed at distancing themselves from the violence they have enabled on American streets. People surely know where the Democrats have stood on this, and that they’re now backpedaling only because of polling data.

Former South Bend, Indiana, Mayor Pete Buttigieg outright blamed this anarchy on President Donald Trump. “The simple reality is that we are seeing more and more chaos and violence under the Trump presidency, and there’s no reason to expect that it would get any different or better if he were reelected,” said Buttigieg. “This is very much characteristic of living in Donald Trump’s America, and I think we’re going to see more and more of it as long as he’s in charge.”

It is inconceivable that Buttigieg is unaware Democratic mayors and governors have all but encouraged this mayhem. Many have consistently rejected Trump’s offer of federal law enforcement assistance to quell the riots. Many have cavalierly misrepresented the violence as peaceful protests. Democratic CNN has called the Kenosha riots “fiery but mostly peaceful,” and the Democratic Virginia Senate just passed a bill allowing assaults on police officers to be mere misdemeanors, for crying out loud.

If Joe Biden or any other Democrat at the Democratic National Convention denounced the violence, I sincerely missed it.

A Change of Heart

Then, something happened. No, Democrats didn’t all of a sudden become outraged at the criminal assaults and property destruction against people whose only sin was to own businesses in a convenient location for Marxist arsonists and opportunistic looters.

Democrats apparently discovered through internal polling and focus groups that most Americans are appalled by this leftist orchestrated breakdown of law and order, and that they actually care about safe streets. Shocker.

CNN’s Don Lemon seems to have changed his mind on the riots — but not because he has had a law and order epiphany. “The rioting has to stop,” Lemon said. “It’s showing up in the polling. It’s showing up in focus groups. … it is the only thing right now that is sticking.”

Lemon must be too obtuse to understand what he is telegraphing about Biden when he speculates that Biden might be afraid to address the violence. What possible reason could he have to be afraid to condemn it? What justification could there be for such wanton lawlessness?

One of Biden’s handlers must have seen the polling data, too, though, for after months of silence on the matter, Biden finally faintheartedly denounced the chaos, saying: “Needless violence won’t heal us. We need to end the violence now — and peacefully come together to demand justice.”

Well, Mr. Biden, why haven’t you urged Democratic governors to take charge of this madness? Why haven’t you encouraged them to accept President Trump’s offers of federal assistance? And just what do you mean that we ought to all come together to demand justice? You know that Trump condemned the George Floyd killing within hours of its occurrence, yet some of your Democratic friends are acting like he kneeled on Floyd’s neck himself.

It’s not just Pete Buttigieg trying to pin the violence on Trump. I heard Fox News’ Juan Williams make the same argument. Indeed, the entire Democratic Party apparatus, now that it has strategically decided it better shift gears and publicly oppose the violence, is poised to blame the anarchy on Trump, not just because it is happening during his presidency but also because Democrats claim he is an evil racist who engenders an atmosphere of racism in the country.

This cynical slander of Trump and his supporters as racists has got to stop. But it won’t, because it still works for Democrats politically.

The Democrats’ enabling of street violence is another matter. They obviously miscalculated and are now paying a steep price.

Unhappily for them, people have awakened to just how far left Democratic leaders are willing to go, and it’s not playing well for them, including in the precious swing states they need to win back the presidency.

They can now pretend to oppose the violence until they are as blue in the face as the uniforms of the cops they demonize, but it’s too late. They chose the wrong time to side with criminals torching our cities — a time when Americans are feeling particularly unsafe and insecure. No one is going to believe they didn’t know exactly what they were doing, and few will buy that they’ve had a genuine change of heart.