They “trigger” bullies when they say what they think needs to be said, not what the Cancel mob insists on hearing 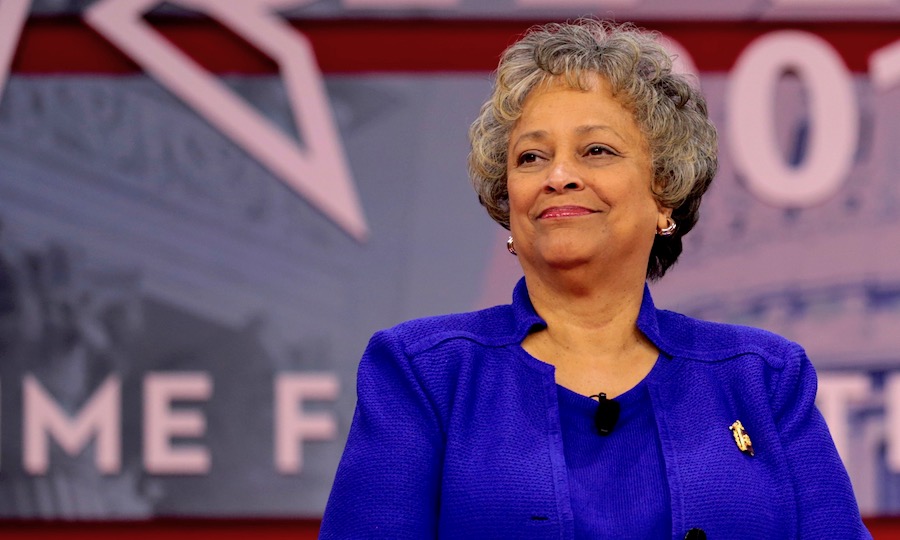 All ages have their orthodoxies. And if writers, artists, thinkers and comedians do not occasionally tread on them, then they are not doing their jobs. Meanwhile human nature remains what it is. And just as some children will always pull the wings off flies and fry small ants with their toy magnifying glasses, so a certain number of adult inadequates will find meaning in their lives by sniffing around the seats in the public square until they find an aroma they can claim offends them.

Black American conservatives “trigger” Cancel Culture when they say what they think needs to be said, not what the Cancel mob insists on hearing. One such is Kay Coles James, former president of the Heritage Foundation. She recently offered a first-responder survival manual for dealing with Cancel bullies who seemingly just want to shut up everyone whose objections they can’t counter. For example, she writes,

But if you’re right and you give in, you have only served to embolden cancel culture. You have fed its voracious appetite and made it stronger, giving it more energy to seek out its next victim. You have made it harder for others to stand up for the truth, and as a result, many will continue to cower in silence…

#7 — There are an awful lot of people who are willing to deliberately take things out of context to make other people look bad. So always include context with what you say and write publicly, even if it means writing a slightly longer tweet or taking an extra 30 seconds to more fully explain your point. People may still take you out of context, but you will always “have the receipts,” as they say.

James’s Point #3 is critical. Letting the Cancel mob devour our lives gives it energy to go on to devour others’ lives. So it never runs out of energy.

In all of the Black history tributes on TV commercials and social media this month, you will be hard-pressed to find one that features a single Black conservative leader.

Hunt goes on to point out that Black American culture itself has always been characterized by spirited intellectual debates, for example, Booker T. Washington vs. W.E.B. Dubois and Malcolm X vs. Martin Luther King. While the terms Woke and Cancel Culture themselves derive from Black American culture, the underlying mentality apparently does not.

But, say what you want about the Cancelers, they are serious. Consider the film Uncle Tom (2020). As Christian Toto recounts, broadcaster Larry Elder produced it to address the toxicity that social media’s Cancel Culture directs at Black American conservatives like James:

Uncle Tom has been quite popular with audiences but is studiously ignored by critics, possibly because, while it’s a true story, it isn’t the story they are looking for.

Elder has also noted that otherwise prominent Black Americans tend to disappear from public discussions if they hold conservative views. That includes U.S. Supreme Court justice Clarence Thomas, economist and philosopher, Thomas Sowell, and economist Walter E. Williams (1936–2020) In his view, “The failure to acknowledge conservative blacks is a failure to engage their ideas, to the detriment of the community. This is not merely an injustice to them: It is an injustice to all Americans.” It certainly narrows the field of intellectual engagement.

A recent biography of Thomas Sowell by Jason Riley of the Wall Street Journal makes clear at least one reason the Woke would want to give him, in particular, a wide berth: “Sowell points out that common-sense traditionalist arguments about why liberal policies might fail were made almost immediately in each case, were then widely disparaged by the intelligentsia, and were eventually proved correct.” Riley has also produced a documentary on Sowell:

A constitutional law prof reflects on the overall scene,

In no way is contemporary cancel culture about free speech or debate. Nor is it any longer primarily about social justice. The power to get someone fired must be a thrilling feeling. It also strengthens group bonds and can raise one’s social standing in certain groups. It is not hard to understand why many people would be willing to look further and further afield to find targets: an innocently uttered Chinese word for “that,” mere attendance at a rally to hear a point of view, or a 33-year-old article that the author has renounced and apologized for.

It’s a good thing that so many talented Americans are up to the task of fighting it.

Denyse O’Leary is a freelance journalist based in Victoria, Canada. Specializing in faith and science issues, she has published two books on the topic: [email protected] and By Design or by Chance? She has written for publications such as The Toronto Star, The Globe & Mail, and Canadian Living. She is co-author, with neuroscientist Mario Beauregard, of The Spiritual Brain: A Neuroscientist’s Case for the Existence of the Soul. She received her degree in honors English language and literature.