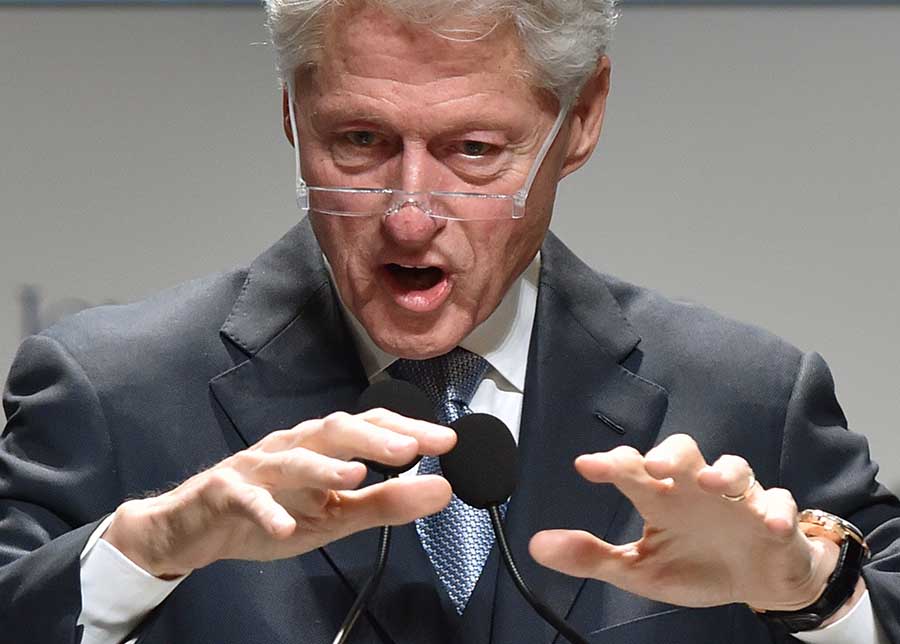 An alleged sex slave of the disgraced financier Jeffrey Epstein accused several powerful men of misconduct in a newly unsealed deposition, including a powerful Democratic lawmaker who turned down an appointment to the Supreme Court.

“I have never met, spoken with or had any contact with Ms. Giuffre,” Mitchell told the Portland Press Herald. “In my contacts with Mr. Epstein I never observed or suspected any inappropriate conduct with underage girls. I only learned of his actions when they were reported in the media related to his prosecution in Florida. We have had no further contact.”

Blackmun, one in a succession of Republican appointees who drifted leftward during his tenure, announced his retirement in 1994. Mitchell was the immediate favorite for the nomination — even his Republican Senate colleagues predicted a swift confirmation, according to a contemporary article in The New York Times.

Mitchell held a string of legal posts before his entrée into national politics. A graduate of the Georgetown University Law Center, Mitchell was an antitrust lawyer at the Department of Justice, U.S. attorney for the District of Maine, and a federal trial judge in Bangor. He entered the Senate in 1980, filling a vacancy created when Edmund Muskie became secretary of state.

As Senate majority leader, Mitchell was the chief legislative advocate of Clinton’s health care reform efforts, which were well underway when Blackmun announced his retirement. Though the prospect of a seat on the Supreme Court was enticing, Mitchell feared the nomination would impede Clinton’s historic — and ultimately quixotic — bid to pass a reform package.

The senator privately conveyed that assessment to Clinton. The former president asked Mitchell to sleep on the matter, but his views remained unchanged.

Clinton addressed the matter publicly during remarks at a reception for nonprofit organizations in April 1994. He thanked Mitchell “for his willingness to forego a great personal opportunity, in anticipation of an enormous struggle with an uncertain result, for a result that is worth the careers of many of us.”

“I think it’s going to require every bit of energy and effort and concentration that I have,” Mitchell told reporters of the health care push.

Epstein died in his cell Saturday at the Metropolitan Correctional Center in Manhattan. Authorities said he committed suicide.