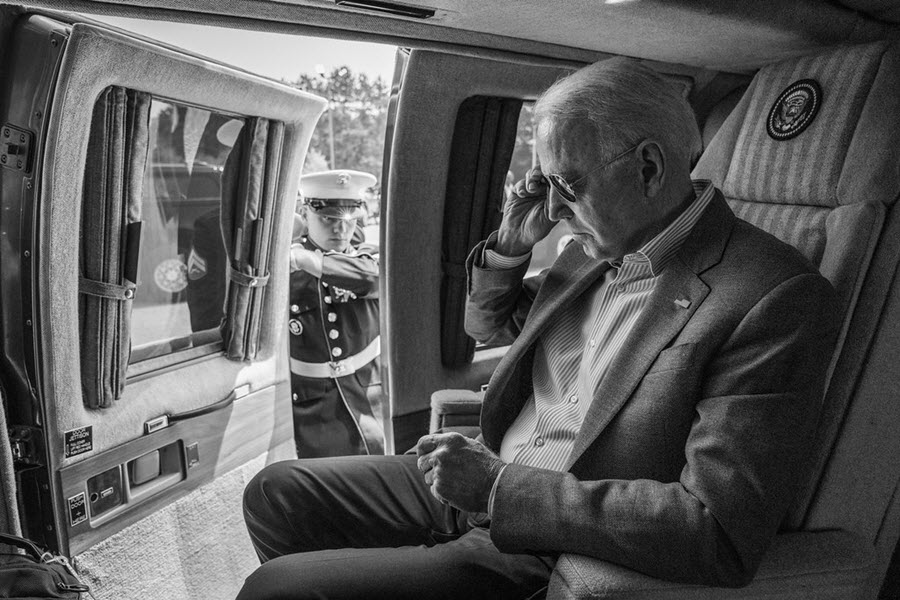 For months, President Joe Biden has opened the borders to Hispanic illegals, but he has turned a deaf ear to our Afghan allies desperate to get to America.

Some 20,000 pro-American Afghanis and their families are in danger of being killed by the Taliban because Biden refused to speed up the bureaucratic, 14-step visa application process and medical exam required for them to evacuate to the U.S. It’s death by red tape.

Meanwhile, Biden is allowing more than 200,000 mostly Hispanic migrants to walk across the southern border into the U.S. every month. Nothing is demanded of them. No documents, no letters of reference, no medical exam, none of the requirements faced by Afghanis who aided the U.S. and are now targeted.

The Taliban are going door to door, threatening to behead or stone them.

These Afghanis were assured they’d be protected. Instead, the Biden administration has shown far less concern for them than for the migrants who are breaking our laws to enter illegally and have done nothing for America. A double standard.

‘Nobody Listened to Us’

For months, veterans groups and others have begged the White House to expedite evacuating the Afghanis before the Taliban takeover. Biden dithered. Matt Zeller, a former CIA agent and co-founder of No One Left Behind, said Monday night: “We sent them plan after plan on how to evacuate these people. Nobody listened to us. They didn’t plan for the evacuation of our Afghan wartime allies.”

The 14-step process to get a Special Immigration Visa can take anywhere from six months to four years. It starts with getting a letter from the human resources department of a U.S. government agency or American contractor confirming two years or more of past employment.

Imagine doing that when you’re moving your family from one hiding place to the next to elude the Taliban. A Virginia contractor that built airstrips in Afghanistan gets about 70 requests for letters a day now. One former employee begged the company to hurry. “They are searching for me … if they find me, they will cut my head.”

Recently, as the Taliban took control of vast swaths of Afghanistan, Biden was secretly negotiating with countries such as Kosovo, Qatar and Albania to hold SIV applicants until their paperwork and vetting are completed. This is similar to former President Donald Trump’s Remain in Mexico policy, which Biden cancelled.

But countries were reluctant. State Department officials said there are “concerns that you might expect: ‘who are these people, how do you know these people … who’s going to care and feed these people?'” Legitimate questions.

Meanwhile, the window to evacuate disappeared. “It’s ridiculous for us to go door to door asking other countries to do what we have the capacity to do ourselves,” complained the head of the Lutheran Immigration and Refugee Service.

Capacity, yes. The total number of SIV applicants is about 20,000 and, with spouses and children, adds up to approximately 80,000 Afghanis. That’s fewer than half the number of migrants Biden is allowing to cross the southern border every single month.

Many weeks ago, the Biden administration should have dispatched hundreds of aircraft to regional airports across Afghanistan to evacuate these Afghanis. But Biden dawdled. Fewer than 2,000 have been evacuated to the U.S.

It’s unlikely anyone still trapped in the regional provinces can travel through Taliban-controlled territory to make it to the airport in Kabul.

Pentagon spokesperson John Kirby speculated on Sunday evening that future air lifts might carry both Americans and Afghani SIV applicants, who could be housed at American military bases. Biden made a similar promise to the nation on Monday afternoon. But these assurances assume Afghanis can make it to the airport alive.

What happened to them will “resonate for years,” predicts Republican Rep. Michael Waltz, who served multiple tours of duty in Afghanistan. “Who’s going to trust us enough to risk not just their lives, but their entire family’s lives to stand with the United States, whether it’s protests in Cuba, whether it’s Taiwan?”

Democratic Rep. Seth Moulton agrees, calling it a “disaster” that “onerous visa requirements” can “condemn an ally to torture and death.”

U.S. Air Force veteran Sam Lerman, who was working on Sunday to find a way out for an Afghani contractor who had worked at Afghanistan’s Bagram air base for a decade, summed it up: “This is murder by incompetence.”

Betsy McCaughey is a former lieutenant governor of New York and author of The Next Pandemic, available at Amazon.com. Contact her at [email protected] or on Twitter @Betsy_McCaughey. Copyright 2021 Creators.com.