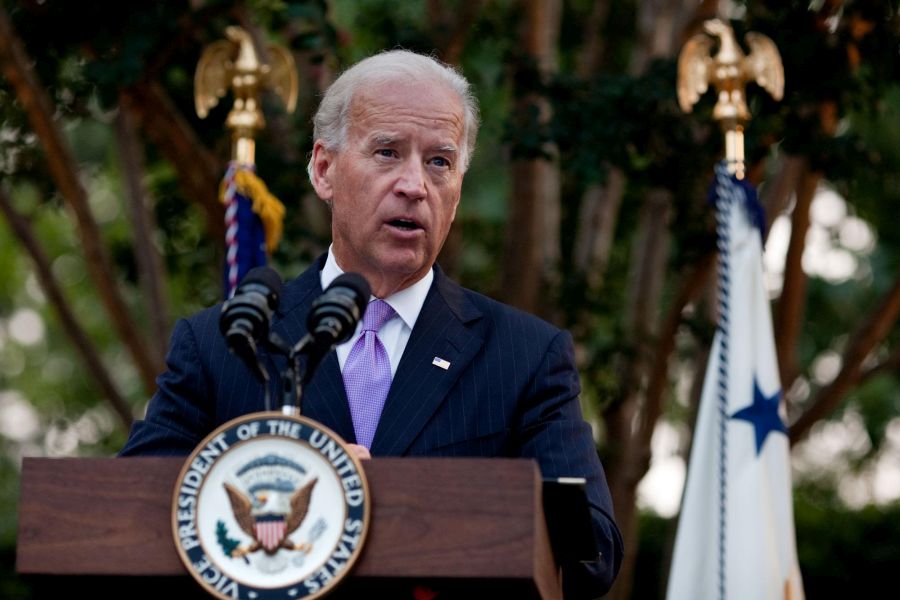 In surveying his multitudinous rivals, Biden doubtlessly sees himself as a man of superior wisdom, experience and gravitas. By gosh, he’s wanted this job a lot longer than some of these upstarts have even been involved in politics, and he’s paid his dues with scandal-ridden, failed efforts and an eight-year deferential stint as Barack Obama’s vice president. In short, he’s paid his dues just like Hillary Clinton did, and it’s his time.

Biden must be in shock as he watches his beloved party move so far to the left that it sometimes makes Obama appear center-left. OK, I might be exaggerating a tad here. But it’s not easy for an old dog to learn new tricks, and it’s even harder to perform those tricks in broad daylight.

It’s as if Biden is finely calibrating his campaign message to appear presidential to the broad swath of voters while retaining credibility with the radical Democratic base. He knows it’s very tough to win the plurality of Democratic voters without making himself unelectable in the general. That’s why you see him moving further left by the hour and sometimes changing his positions overnight. His groveling on environmental issues has to be humiliating, even for him.

Unlike Warren and many of his other foes, Biden was urging caution in the Democrats’ efforts to impeach President Trump, suggesting that he should only be impeached if he defies Congress in its investigation. But all of a sudden he’s all in, warning that our Constitution and democracy hang in the balance, and that unless Trump is impeached, they, along with the republic, will perish.

Obama’s Desire to Transform the Nation

It is unbearably rich for any modern Democratic leader to admonish us about threats to the Constitution. One of Obama’s central missions was to undermine our system as founded — to fundamentally transform this nation. The entire field of Democratic presidential candidates is committed to a “living Constitution” and confirming Supreme Court and other appellate judges who radically reject the framers’ original intent. With their manufactured scandals against Judge Kavanaugh, we see just how far they’re willing to go to prevent a majority of Constitution respecters on the court.

And how about those warnings about Trump’s assault on our democracy? Set aside, if you will, the progressives’ annoying mischaracterization of the American system of government as a democracy, rather than a constitutional republic. And set aside that Biden’s former boss Obama routinely abused his executive authority, to the fawning approval of his entire party. Biden, his rivals and the liberal media establishment have dedicated themselves to undermining the process by which the people and states elect the president. They have flagrantly ignored the will of the people and the Electoral College by savagely attacking the 2016 election results.

Remember Clinton’s outrage when Trump wouldn’t pledge his unconditional approval of the election in advance of the results because he wanted to reserve the right to challenge substantial irregularities? According to Clinton and her media amen chorus, there couldn’t have been a graver threat to our system.

Yet immediately upon Trump’s victory (and, actually, significantly before), they all conveniently forgot their outrage and pursued their Russia conspiracy to do exactly what they were mortified Trump might do — but probably never would have done had he lost fairly and squarely, like Clinton did.

They haven’t let Trump take a governing breath. His entire presidency has been encumbered by their Constitution- and democracy defying maneuvers to steal his power and disenfranchise American voters. Now they’ve moved on to the manufactured Ukraine scandal, transparently sequencing their “bombshell” revelations against Trump while expecting the public to ignore their just-failed coup with the Russia hoax. Chutzpah-drenched Rep. Adam Schiff audaciously leads this phony charge, despite a disgraceful record of making objectively false claims against Trump on Russia. He doesn’t skip a beat, and if he ever were to, the leftist media would be right there with their defibrillator.

For all the criticisms of Trump’s character, every one of the competitive Democratic presidential nominees would take America and its culture to a moral abyss from which we might never be able to escape. They would dismantle core ideas that have made America unique, exceptional, prosperous and free. And their leading two candidates, Biden and Warren, have exhibited sufficient character flaws that disqualify them from judging Trump at all.

Biden has a serious problem with the truth and a disturbing thirst to be the toughest guy on the planet — so much so that he buffoonishly embellishes his biography with more tales of his machismo every time he gets a chance.

At least with Trump the people know what they’re getting. The chameleon Biden is willing to remake himself each day, if necessary, to regain voter support. And that will be true of almost all the Democratic candidates; if they win the nomination, they will instantly move center to make their insane positions, from the environment to the economy, more palatable to the still-not-quite-crazy voting majority.

Let Biden and the Democratic pack continue with their feigned fears of Trump’s character and so-called threats to the Constitution while they continue to exhibit their own deeply flawed characters and engage in their ongoing actual assault against our system.