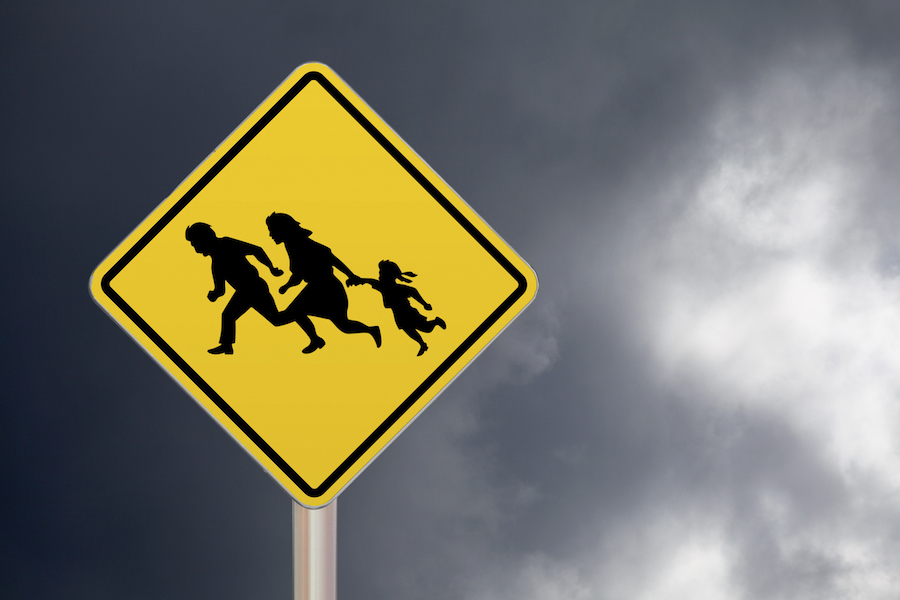 A Politico article is headlined, “It’s Not a Border Crisis. It’s a Climate Crisis.” That’s a convenient twofer. Never let an opportunity to blame a crisis on climate change go to waste. Well played.

But to the left, I guess the border catastrophe isn’t a crisis. How could you support open borders and think that the invasion by invitation is a crisis? How could America-resenting leftists regard the influx of millions of new Democrat voters a crisis? It would be like the Democrats being apoplectic over federal spending. Nope. Not gonna happen. If only these migrants knew that leftist policies are on the way to turning this country into a socialist state — you know, the kind they’re escaping from.

But let’s quit playing games. This is very serious and getting more so every day. U.S. Customs and Border Protection reported that June border apprehension numbers reached a 21-year high, with more than 188,000 arrests and more than 1.1 million this year to date.

Even more troubling: This is not a seasonal spike as Democrats have been saying. The numbers of crossings usually rise in the spring and then recede in the summer, but the numbers are still increasing. At this rate, we’ll break the 2006 record. President Joe Biden and his faithful party continue to deny, obfuscate and deceive, but none of their rationalizations hold water — and they know it.

This is a crisis purely of their making; reversing President Donald Trump’s border policies, emasculating Immigration and Customs Enforcement, and rolling out the red carpet for illegals is hardly going to deter attempted crossings. Indeed, we can trace these endless crossing spikes directly to these and Biden’s other wanton policies of scrapping the “Remain in Mexico” policy, ending border wall construction and supporting the Obama-era Deferred Action for Childhood Arrivals.

Not that you would expect the left to be consistent, but they sure are fair-weather opponents of COVID-19. Just as they never objected to maskless left-wing rioters or fleeing Texas Democrat lawmakers, they seem wholly indifferent to the hazards of COVID-19-infected migrants. No, actually, they are worse than indifferent. Here, they are COVID-19 enablers, given their plan to end Title 42, the law Trump invoked to refuse entry to immigrants with the virus. This, despite knowing and even admitting that this action will cause a new influx of migrants and possibly result in Homeland Security having to process up to 1,200 family units a day. COVID-19 infection rates in emergency shelters for migrant youth are reportedly between 15% and 20%.

You don’t have to be a cynic to know that Democrats are pushing amnesty for reasons other than human compassion. And their methods are brazen and obscene. They are trying to sneak a “pathway to citizenship” into their reckless $3.5 trillion budget plan ostensibly to support families and generate job growth. Never mind their audacity in pretending to be pro-jobs when their endless government handouts are keeping people from seeking employment and exacerbating the plight of businesses starved for workers. Never mind that amnesty will encourage even more migrants to stampede toward our border. But to include amnesty provisions in an infrastructure bill is insultingly deceitful.

Could an unintended consequence of Biden’s border disaster be a reconciliation between the Bushes and Trumps? Don’t be silly. Let’s not get carried away. But it is noteworthy that George P. Bush, Texas land commissioner and nephew of former President George W. Bush (no immigration hawk by anyone’s estimation), has sued the Biden administration for ending border wall construction in his state. “Farmers and ranchers are long accustomed to illegal activity, but it’s reached a point where it’s not sustainable, and we need help from the federal government,” said Bush.

Well, what do you know! Isn’t it interesting, by the way, that in opposing the wall, Democrats claimed it was cruel and ineffective. How can it be cruel if it is ineffective? Why go to the trouble of tearing it down if it wasn’t working? Oh, that’s right. It was working. Kudos to Texas Gov. Greg Abbott for his initiative to build a wall, and bravo to all those cruel people who donated $400,000 to the project in the first week. I wonder if they think it will be ineffective.

As the left and Democratic elected officials continue their scorched-earth assault on reasonable and sane public policies, hopefully more states and private individuals and entities will exercise self-help to combat this lunacy.