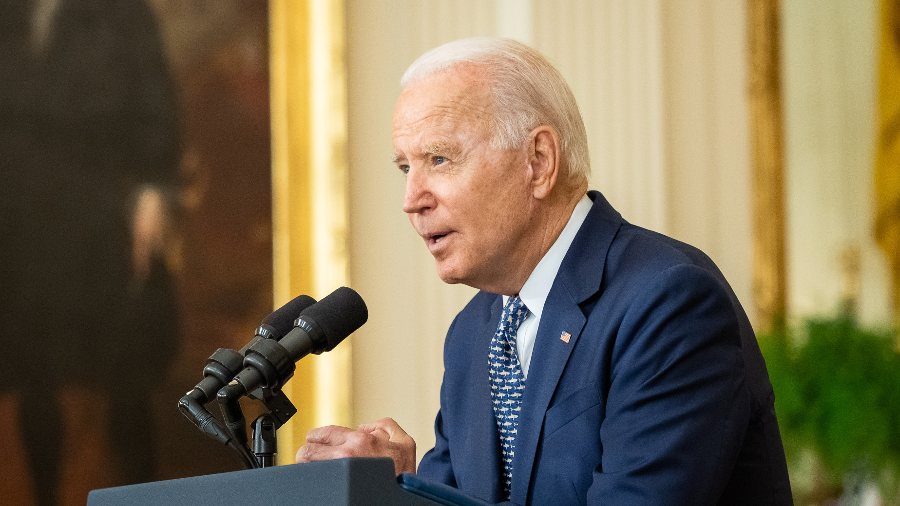 He was packaged to American voters as “Lunch Bucket Joe,” a moderate, a voice of reason who would bring factions together and soothe a “suffering” nation. In his inaugural address, President Biden repeated this message, stating, “Today, on this January day, my whole soul is in this: Bringing America together. Uniting our people. And uniting our nation.”

But a casual review of several his political appointments raise serious questions about the cultivated image of Biden as a unifier and a centrist. The administration has nominated a series of individuals with far-left political views and many with a history of divisive bomb-throwing politics unsuited for the positions OF TRUST for which they were nominated.

In the latest examples, the White House has chosen AGGRESSIVE ideologues as commissioners at the Federal Trade Commission (FTC) and Federal Communications Commission (FCC). These agencies are critical to key U.S. industries and the economy.

In nominating Alvaro Bedoya to the Federal Trade Commission, Biden reveals himself to be intent upon installing a hard-core leftist into one of our nation’s most important regulatory bodies. Bedoya hailed self-identified Democratic Socialist Alexandria Ocasio-Cortez as the “future of progressive politics,” and his core convictions include support for Medicare for All and the Green New Deal and open borders. Bedoya propagates his radical views incessantly through Twitter. He tweeted that “Maryland police have no business working with ICE,” the agency tasked upholding the immigration laws written by Congress. He has attacked ICE as an “out of control domestic surveillance agency.

Like other Biden nominees, he has tweeted or retweeted vicious attacks on numerous Republican Senators and Governors. During his Senate confirmation hearings, Sen. Ted Cruz, said “I see the record of someone who has been a left-wing activist, a provocateur, a bomb-thrower and an extremist.” If confirmed, Bedoya can be counted on to prioritize a far-left agenda over consumer protection and impartiality.

Bedoya isn’t the only activist leader Biden is adding to his progressive roster. In naming Gigi Sohn to the Federal Communications Commission, Biden has found a partisan activist who advocates increasing the federal government’s regulatory reach. Currently, Sohn’s prospects for confirmation are up in the air, and for good reason. A letter signed by a number of conservative leaders urged the Senate to reject her nomination saying, “Sohn has spent decades as a hyper-partisan activist, launching attacks against regulators and elected officials who do not share her views.”

Along with her attacks on Republican elected officials, Sohn has called Fox News “state-sponsored propaganda.” Such ideological stridency and rhetoric is not appropriate for such an important agency charged with regulating communications companies. As former U.S. Attorney General Matt Whitaker wrote in an op-ed for the Wall Street Journal, “there is a difference between dime-a-dozen West Wing political appointees and the long-lasting power and influence of an FCC commissioner. Ms. Sohn’s rabid partisanship disqualifies her as a candidate for the FCC.”

Sohn and Bedoya are only the latest aggressive left-wing activists that President Biden has nominated to key positions of power. Early in his administration, OMB nominee Neera Tanden’s nomination was pulled because of her record of radical views and history of intemperate rhetoric. Tanden deleted over a thousand tweets before her nomination — including many personal attacks on Republican Senators, as well as other Democrats like Bernie Sanders. Sen. Joe Manchin announced his opposition to her nomination by saying, “her overtly partisan statements will have a toxic and detrimental impact on the important working relationship between members of Congress and the next director of the Office of Management and Budget.”

Perhaps the most outrageous example of the president’s extremist appointments was his nomination of Saule Omarova to head the Office of the Comptroller of the Currency. A graduate of Moscow State University on the Lenin Personal Academic Scholarship, Omarova tweeted in 2019, “Until I came to the US, I couldn’t imagine that things like gender pay gap still existed in today’s world. Say what you will about old USSR, there was no gender pay gap there. Market doesn’t always ‘know best.’” In an academic paper Omarova’s advocated that “central bank accounts fully replace — rather than compete with — private bank accounts.”

It’s disturbing that a person who spent much of her academic career deriding capitalist institutions and advocating for unprecedented government management of the economy, was nominated for such a critical economic position. At least the nation can be thankful that Omarova withdrew her nomination in December — as many moderate Democrats made clear they could not support her nomination.

These appointments (and others like them) are light years away from anything remotely resembling unifying. The fact that activist partisan ideologues with histories of nasty rhetorical outbursts are being advanced to such critical, positions is truly concerning. Senators on both sides of the aisle must keep that in mind with each nominee submitted for confirmation, especially when their beliefs could have such a profound impact on our economy and our institutions.

Ken Blackwell is chairman of the Conservative Action Project (CAP).