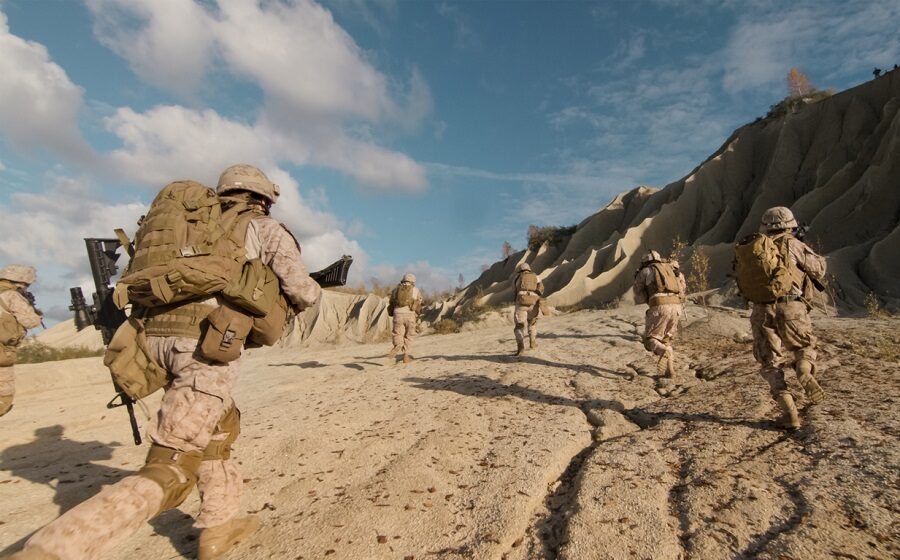 We’re just seven months into his presidency and already Joe Biden has committed one of the greatest military and national security blunders in modern American history.

In 1975, America suffered a black eye when the world watched the fall of Saigon and the desperate South Vietnamese trying to escape the communists. It took years to recover from that debacle.

In 1979, jihadists overthrew the Iranian government and seized 52 hostages at the U.S. Embassy. Then-President Jimmy Carter was paralyzed and helpless. After months of humiliation, he tried to run a rescue operation out of the White House. It was a complete fiasco. Multiple aircraft were lost, eight servicemen died, and no one was rescued.

We’re still dealing with the Iranian jihadists today. In fact, Biden is negotiating with them right now. But I suspect Jimmy Carter is breathing a sigh of relief this morning. He lived long enough to see a president weaker than he was.

If we’re lucky, the horrible scenes coming out of Afghanistan will end soon. But the damage done to America’s national security and reputation will not end soon.

The White House said yesterday that we will continue to bring Afghans to the U.S. who are in danger. But White House officials had little to say about the 11,000 Americans still trapped there.

Joe Biden left Washington when this fiasco began. He didn’t talk to one American ally until yesterday. He’s blamed everybody but himself. So, it’s not surprising that he returned to Washington last night under the cover of darkness.

I’d like to say that Biden should resign. But then Kamala Harris would become president, and she hasn’t been seen in a week!

A Word About Refugees

There’s a strong argument to be made for bringing certain Afghan refugees, particularly those who acted as interpreters for our military, to the United States. While I certainly think we should, I also think we need to be smart about it and careful about the rhetoric used in this discussion.

The Afghan translators were not doing us a “favor.” The notion that they were helping us is exactly backwards. We did them a favor when we went into Afghanistan, defeated Al Qaeda and tried to give the Afghan people freedom.

In other words, we went into the middle of an Afghan civil war and sided with Afghans like those who were paid to be our translators. This was a mutually beneficial relationship. Thousands of our men died. It’s estimated that 50,000 to 60,000 Afghans died fighting the Taliban and various ISIS cells.

President Trump touched on this last night during an interview with Sean Hannity. He said, “We’re also going to help people that helped us. And we have to be very careful with the vetting, because you have some rough people in there.”

Being careful with vetting is probably too much to expect from the current administration.

But these refugees must be thoroughly vetted. I would prefer such vetting be done in one of our Middle East allies – the UAE, Egypt, Jordan – rather than our military bases in Texas, Wisconsin and Virginia.

We know from experience that the Taliban had infiltrated the American military and Afghan fighting units. Sometimes they turned their guns on us.

We know from bitter experience that refugees in both Europe and the United States have turned against the West. (Here, here and here.) A little Somali girl we rescued from a refugee camp came to the United States and now sits in Congress. Her name is Ilhan Omar. She’s an anti-Semite who hates the American military.

As Christians, we are called to be compassionate. But Christ does not require us to be stupid. We are under no moral obligation whatsoever to import more hate and anti-Semitism into the United States.

Biden Trusts the Taliban, Not the Pentagon

Last month, after making a few comments about his plans to withdraw from Afghanistan, President Biden lost his temper when a Fox News reporter asked if he trusted the Taliban.

“Is that a serious question? . . . No, I do not trust the Taliban,” Biden answered. When pressed again, Biden snapped, “It’s a silly question! Do I trust the Taliban?! No! But I trust the capacity of the Afghan military, who is better trained, better equipped, and more competent.”

Biden’s denials aside, he’s so badly bungled this withdrawal that he has no choice but to trust the Taliban now. Yesterday, National Security Adviser Jake Sullivan said this about efforts to evacuate Kabul:

“The Taliban have informed us that they are prepared to provide the safe passage of civilians to the airport, and we intend to hold them to that commitment. . . We are talking to them about what the exact timetable is for how this will all play out.”

But the Taliban are blocking traffic and causing chaos on the streets of Kabul. As a result, multiple aircraft took off virtually empty.

While Biden claims not to trust the Taliban, it’s crystal clear that he does not trust the Pentagon. Numerous left-wing media outlets are reporting that high-level intelligence and Pentagon leaders repeatedly warned Biden about the risks of his “strategy.” (Here, here and here.) And he ignored them.

There is a very specific report spreading online like wildfire that 229 Christian missionaries have been sentenced to death tomorrow by Afghan Islamists. The report also mentions an Iraqi city has just fallen and that hundreds of Christians are being beheaded.

This report has been circulating as far back as 2009 with only a few minor changes. So, in that sense it is wrong. But, it is certainly true that Christians in Afghanistan are now in much more danger since the Taliban takeover.

In addition, throughout the Middle East and Africa — from Syria to Iraq, Nigeria to Somalia — Christians are facing horrific persecution. In the biblical homeland of our faith, what is happening can accurately be called “genocide.”

I fought very hard for three years on the U.S. Commission on International Religious Freedom to raise awareness of the fact that Christians are one of the most persecuted faiths in the world. We made progress, but too little is being done.

This issue was very important to President Trump, Vice President Pence and Secretary of State Mike Pompeo. It is not a high priority under the Biden/Harris Administration, which seems more concerned about climate change.

All of us must pray daily for the persecuted Church, and we must diligently defend our religious liberty right here in the United States.

During his interview with Sean Hannity, President Donald Trump blasted Biden’s handling of Afghanistan as “the greatest embarrassment in the history of our country.”

Contrasting the chaos in Kabul today, Trump said he was very clear with the Taliban leaders that while he wanted to get out, he would only do so under very specific conditions.

Trump told a key Taliban mullah that if anything bad happened to our troops or our allies, “We will hit you with a force that no country has ever been hit with before. . . And your village will be the first one [we hit].”

The Taliban got the message. No American has been killed in Afghanistan since February 2020.

“The progress our administration made toward ending the war was possible because Taliban leaders understood that the consequences of violating the deal would be swift and severe. After our military took out Iranian terrorist Qasem Soleimani, and U.S. Special Forces killed the leader of ISIS, the Taliban had no doubt we would keep our promise.”

President Trump’s Save America organization produced a video comparing the situation in Afghanistan to the fall of Saigon. You can watch it here:

Copyright © 2021 Campaign for Working Families. All rights reserved. Reprinted by permission of the author.