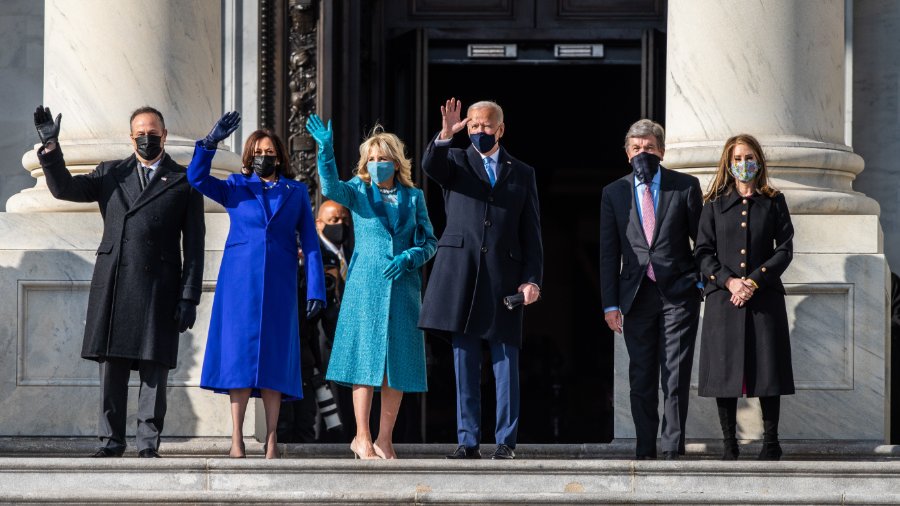 President Joe Biden stands on the U.S. Capitol steps during the 59th Presidential Inauguration in Washington, D.C., Jan. 20, 2021. The ceremony was held to celebrate the inauguration of the 46th President of the United States.

The White House contact form now offers respondents a chance to select from multiple pronoun options, including she/her, he/him, they/them, other, or the phrase “prefer not to share.”

A screengrab of the White House contact form via the Daily Caller News Foundation.

He also vowed in an October interview to pass the Equality Act during his first 100 days in office and to make LGBTQ equality a focus of United States diplomacy.

Despite his present promises to defend LGBTQ causes, the newly elected president formerly voted for legislation that defended traditional marriage and cut off funding for programs promoting homosexuality.

“Look, marriage is between a man and a woman and states must respect that,” Biden said in 2006, a few years before he ran alongside former President Barack Obama to become vice president.

Biden went on Meet the Press in 2012 and announced he was “absolutely comfortable” with same-sex marriages. The interview came only days before Obama took the same position as Biden in a separate interview.