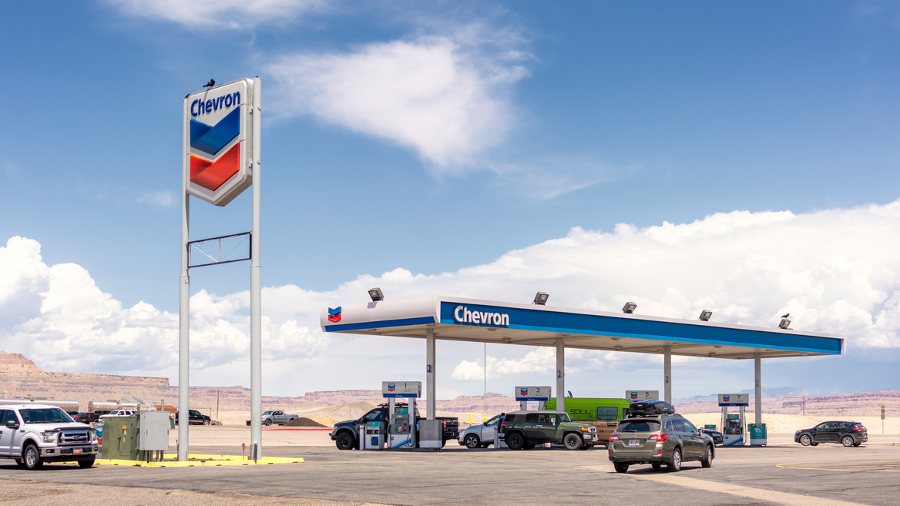 Biden warned the leaders of seven major U.S. oil producers and refiners — ExxonMobil, Chevron, BP America, Shell USA, Phillips 66, Marathon and Valero — that he was “prepared to use all reasonable and appropriate Federal Government tools and emergency authorities” to increase petroleum refinery capacity and output, according to the letter obtained by Axios. The average price of gasoline nationwide hit a record $5.02 per gallon Tuesday while the average price of diesel fuel hit an all-time high of $5.78 a gallon Wednesday, according to AAA data.

“I understand that many factors contributed to the business decisions to reduce refinery capacity, which occurred before I took office,” Biden wrote in the letters. “But at a time of war, refinery profit margins well above normal being passed directly onto American families are not acceptable.”

“With prices for your product where they are today, you have ample market incentive to take these actions, and I recognize that some of you have already begun to do so,” he continued.

However, U.S. refining capacity utilization surged to 91.3% in March, its highest rate since June 2021, and is expected to average 94% between July-September, according to a June 7 report from the Energy Information Administration (EIA). Refining utilization measures how much fuel refiners produce from crude oil inputs relative to their total production capacity.

In addition, the last major refinery to be constructed in the U.S. was Marathon Oil’s facility built in Louisiana in 1977. Industry groups and experts blamed the declining capacity and lack of new refineries on environmental regulation and projected fuel demand decline in the future as governments push green energy alternatives.

“While we appreciate the opportunity to open increased dialogue with the White House, the administration’s misguided policy agenda shifting away from domestic oil and natural gas has compounded inflationary pressures and added headwinds to companies’ daily efforts to meet growing energy needs while reducing emissions,” Mike Sommers, the CEO of fossil fuel industry group American Petroleum Institute, said in a statement Wednesday.

Biden added in his letters that Energy Secretary Jennifer Granholm will host an emergency meeting on domestic refining capacity.

The White House, Energy Department and six companies Biden wrote to Wednesday didn’t immediately respond to requests for comment from The Daily Caller News Foundation. A Shell spokesperson said the company didn’t have an immediate response to the letter in an email.